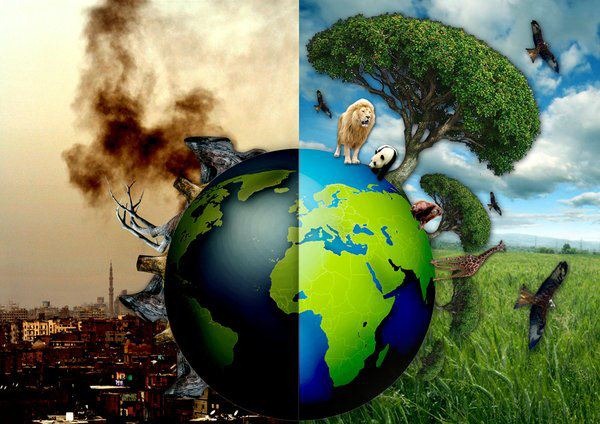 Embolden by the latest development in Peru, concerned environmental rights activists in the Niger Delta, Nigeria’s vastly polluted oil and gas region, are currently seeing an emerging zero tolerance for ecocide. Like the Niger Delta situation, ecocide is a mass damage and destruction of ecosystems – harm to nature which is widespread, severe or systematic.

The harm which oil and gas supermajors like Shell, Chevron, Exxon Mobil, Total and Eni has been committing in the region over the decades, has created the climate and ecological emergency that we now face.

For Stop Ecocide for instance, its mission is to support the establishment of ecocide as an international crime, in order to forbid and prevent further devastation to life on Earth. It is the only global campaign with this exclusive focus.

For environmental rights lawyers, ecocide is a criminalised human activity that violates the principles of environmental justice, as by substantially damaging or destroying ecosystems or by harming the health and well-being of a species (including humans). But, it has not yet been accepted as an internationally punishable crime by the United Nations.

However, early last November, an authority of the Peruvian Environment Ministry fined Tamshi SAC, a cocoa plantation operator, the equivalent of 30 million euros. The company had been working for years without the necessary environmental permits. It also disposed of hazardous waste and other waste in the rainforest near the town of Tamshiyacu, the Environmental Assessment and Control Authority (OEFA) explained in a statement on November 2.

The authority ordered 17 tough corrective measures: The company must immediately and permanently stop cocoa cultivation on its plantations in the Amazon rainforest. It must also remove all cocoa plants, chemicals, buildings and machines and replant the rainforest in order to restore nature to its original state.

The decision is open to appeal for 15 days, a process that would involve a long legal path through administrative courts.

According to the environmental NGO Kené and the OjoPúblico journalist collective, officials of the Agriculture Ministry are working on a decree that will allow cocoa and palm oil companies – including Tamshi SAC – to retroactively obtain environmental permits for the clearings and plantations. The decree could thus nullify the penalty imposed on Tamshi SAC by the Environment Ministry.

In an open letter, 28 Peruvian environmental, social and indigenous organisations have called on President Viscarra to ensure that existing laws are enforced. Activists and journalists in Peru also complain that various groups have conducted campaigns of defamation against authorities, public prosecutors and NGOs, thereby putting their staff members at risk. Furthermore, Tamshi SAC is threatening to sue the Peruvian government before a private arbitration court for corporations.

A court in Peru had already sentenced Tamshi SAC to pay the equivalent of 4 million euros in damages in August 2019. A former managing director had been handed an eight-year prison sentence. According to environmental prosecutor Alberto Yusen Caraza, Tamshi SAC had cleared 1,950 hectares of primary forest near the town of Tamshiyacu without a permit. He sees the verdict as a historic step in the fight against rainforest destruction and illegal logging in Peru. Appeal proceedings are pending against the verdict.

Both verdicts are a great success for our partner organization Kené, which has for many years been the driving force behind the legal investigation of the cases with the support of Rainforest Rescue.

Although Tamshi SAC does not have the necessary environmental permits, the company produces and sells cocoa. Earlier this year, journalists of the OjoPúblico collective followed the path of the cocoa beans. Several shipments of hundreds of sacks filled with cocoa beans were transported on the Amazon from plantations in the rainforest and then by truck across the Andes to Lima.

The recipients were Corporación White & Brown Sugar SAC and Sumaqao SAC. Both companies confirmed Tamshi SAC as their supplier, but stated that they had no knowledge of the legal situation of the plantation company.

Sumaqao is one of Peru’s largest cocoa exporters, with a turnover the equivalent of around 120 million euros. Managing Director Israel Pisetsky Olaechea refused to disclose the buyer of the cocoa beans. Online research would indicate that Sumaqao supplies subsidiaries of Barry Callebaut AG, a cocoa and chocolate multinational headquartered in Switzerland.

Sumaqao and Barry Callebaut are UTZ Certified. The label, which is operated by the US NGO Rainforest Alliance, is intended to promote sustainable production, fairness and transparency.

The UTZ Certified logo can be found on many products such as chocolate, coffee and tea, including well-known brands such as Bahlsen, Ovaltine and Quality Street.

But cocoa produced at the expense of the Amazon rainforest – and on the plantations of a company that operates outside the law – hardly meets the standards of the UTZ Certified label and is neither sustainable nor fair. It would seem that the label association’s monitoring is either inadequate or being circumvented.

The owners and shareholders of Tamshi SAC are not known. The company is a closed corporation (Sociedad Anónima Cerrada) under Peruvian law, which makes it possible to disguise the ownership structure.

However, a notarized loan and mortgage agreement concluded in 2017 by Tamshi SAC with six investors from Europe and Singapore that has been published online provides clues as to the financial backers. Excerpts from the Peruvian SUNARP land and company registry published by Kené document a loan of 0.9 million euros and mortgages totalling 9 million euros granted to the cocoa company by six investors from Switzerland, France and Singapore.

The contract covers 87 contiguous plots east of the Amazon town of Tamshiyacu with a total area of around 3,900 hectares, on which Tamshi SAC operates its cocoa plantations. To this end, the company cleared over 2,380 hectares of rainforest, most of it primary forest, according to an analysis by the MAAP project, which specialises in satellite-based rainforest monitoring.

According to the agreement, the investors include Niantic Finance AG, c/o Jacobs Holding AG, in Zurich, Switzerland. Niantic Finance AG is a subsidiary of Niantic Holding GmbH, which is based in Hamburg. The German citizen Dr. Walther Andreas Jacobs of Hamburg is listed as president or managing director of the latter two companies.

The financial commitment of Niantic Finance AG in Peru raises many questions. The company apparently has no qualms about investing in Tamshi SAC, which cleared Amazon rainforest for its plantations.

Niantic Finance AG is aware of Tamshi SAC’s legal issues: The mortgage agreement has several pages listing administrative, prosecutorial and judicial investigations and proceedings pending against Tamshi SAC in various courts, including administrative, labour, civil, criminal and constitutional courts. These concern possible violations of the company and its employees against the Peruvian constitution and crimes such as rainforest clearing, illegal timber trade, land grabbing and obstruction of proceedings.

According to Professor Thomas Zellweger of the University of St. Gallen, an expert in family businesses, Niantic manages parts of the assets of the Swiss-German Jacobs family of entrepreneurs.

The Jacobs family built up the Swiss Barry Callebaut AG group, the global market leader in cocoa and chocolate, and is the main shareholder. Around 50% of the shares are owned by the family through Jacobs Holding AG and shares held by individual family members. Dr. Andreas Jacobs was an ordinary member of Barry Callebaut’s board of directors from 2003 to 2005 and chairman from 2005 to 2016.