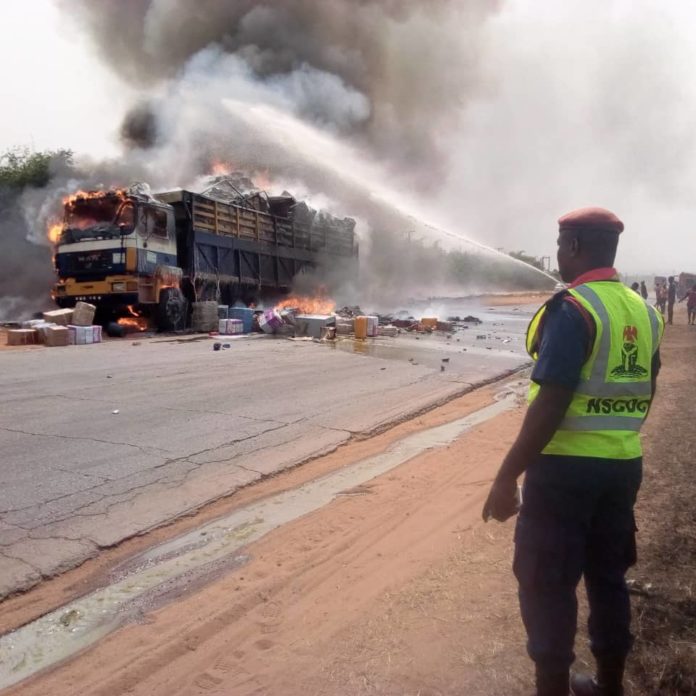 A Mack truck loaded with Chemicals, Gas cylinders, and Cosmetics products worth millions of naira was today gutted by fire with its contents in Awka.
The incident which took place around Nnamdi Azikiwe University Permanent site, Awka was said to have started at about 01:35 pm.
The driver of the truck was said to be moving unaware that his truck was on fire before passers-by alerted him of the danger. 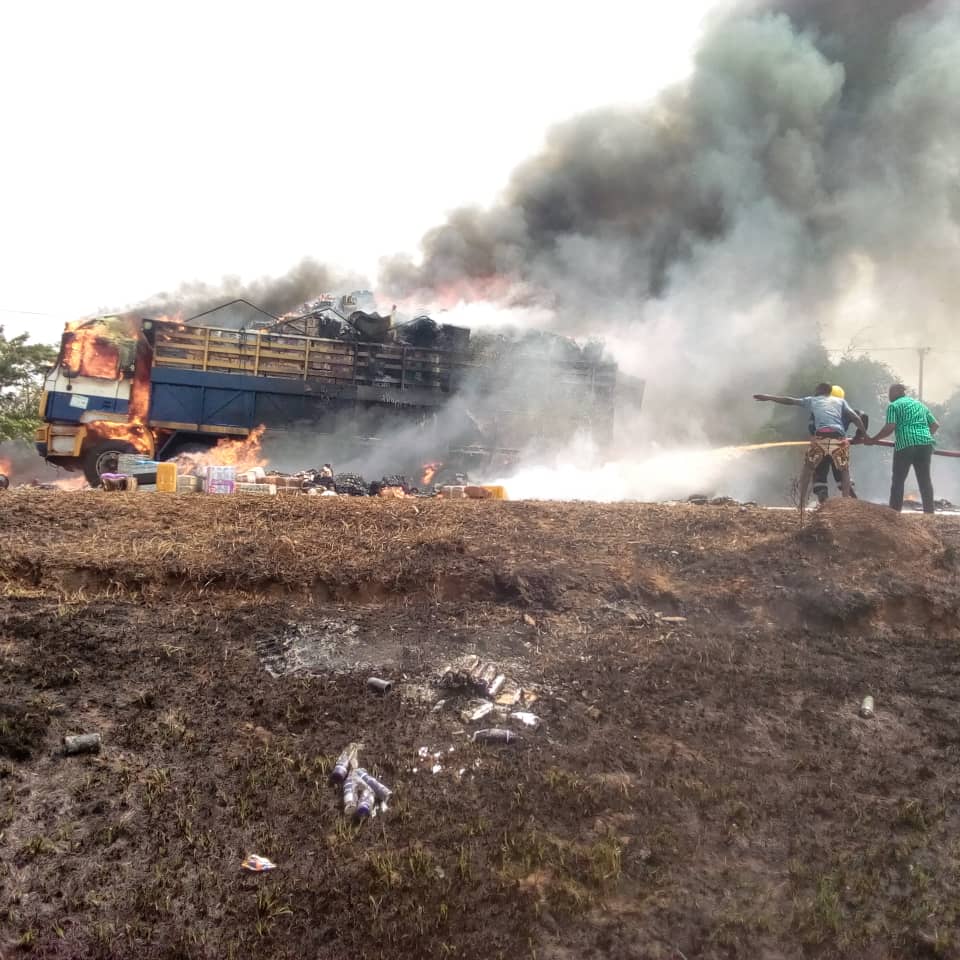 Although no life was lost in the inferno, by the time the State Fire Service and other security agents arrived at the scene, the vehicle was already razed down.
The fire was eventually put out and prevented from escalating to other facilities nearby.
Confirming the incident, the Director, Anambra State Fire Service, Martin Agbili said the huge damage done by the inferno was because the firemen were not alerted on time, urging Anambra residents to always alert the fire service on time whenever there is fire outbreak for prompt attention and control.
“We received the call and mobilized immediately to the scene and we realized that the driver had on his own, been struggling to put out the fire and it was getting worse. It was actually passers-by that alerted us. If we had gotten the information earlier, maybe the damage would not have been this much, the Anambra Fire Chief said.
He revealed that the fire happened because the driver did not adhere to safety measures in packing the good. 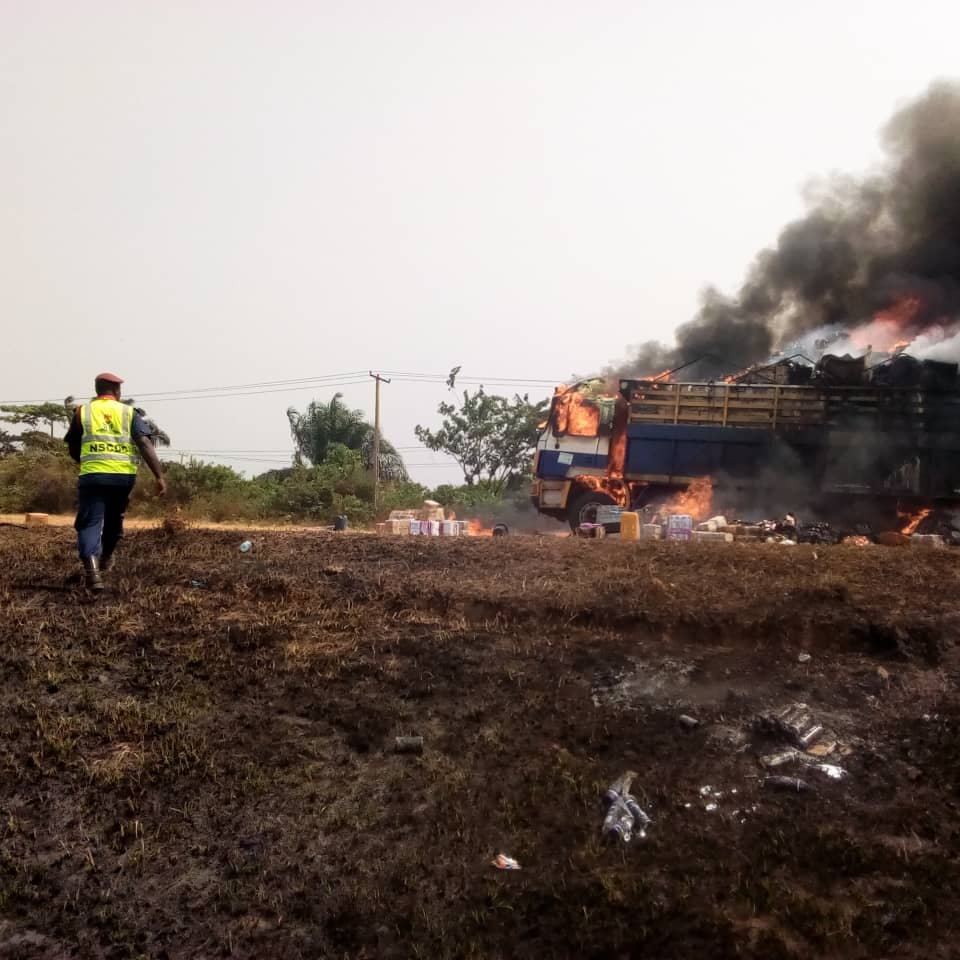 According to Agbili, “We observed that a lot of flammable substances were loaded indiscriminately in the truck. The Gas cylinders under the intensity of the sun, heated up and because they were covered with tapeline, there was no avenue for ventilation, causing them to explode. It is important that our people heed our call to always think safety first. With the right safety measures, this kind of accident and wanton loss of property could have been avoided.”
The driver of the truck, Mr. Chimezie Aniekie, bemoaned the slow response of the firemen which led to the escalation of the fire.
“When the firemen arrived, it took them another 30 minutes or so to start work and this contributed to the huge damage done by the fire. This vehicle is on higher-purchase and is also my only source of livelihood. I sincerely appeal for help from spirited individuals, to enable me to start all over again. Indeed, this is a huge blow to me,” the driver lamented.