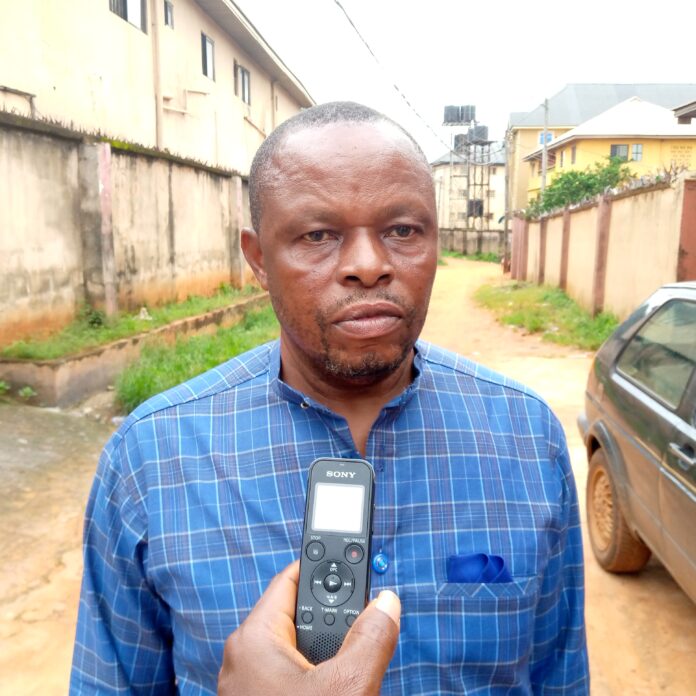 As Anambra State Governor, Willie Obiano continues to woo its citizens to bring home their investment, an investor in the State, Chief Jude Obiorah has said the present state administration has not done enough to support already existing businesses and investments to thrive.
Anambra was among the five states which were presented with the award by the Vice President at the Presidential Enabling Business Environment Council (PEBEC) Awards 2019 at the Old Banquet Hall of the Presidential Villa Abuja for improving their ease of doing business.
Other states are Enugu, Abia, Lagos and Kaduna.
But for Obiorah, whose multi-million naira Poultry Farm investment is being threatened by massive erosion, the ease of doing business index in the state is still very poor and the government has failed to address the decaying road infrastructure and other issues mitigating smooth business operations.
A visit to the farm site located in Mgbakwu in Awka North Council Area, revealed that the gully had cut a major road linking the community with its neighbor, Okpuno Community in Awka South Council Area even as many households in the area face threat of being displaced by the erosion.
According to Obiorah, all efforts to attract the attention of the State Government to come and intervene in the challenge had proved abortive despite the fact that government’s revenue officials have been flooding his investment.
“It was when the State Government beckoned on Anambra indigenes in the diaspora to bring home their wealth that I decided to answer the call. My farm is one of the largest integrated farms in the state, that produce pigs, chickens and fishes. When this challenge started, I wrote the appropriate authorities, informing them of the development but no response. So far, I have put in over 54 million naira in controlling this gully, funds I could have deployed to advance my business. So, when I say that the state government is not interested in supporting investors, it is with genuine reasons,” he noted.
Obiora called on the State Governor, Willie Obiano, to intervene on the erosion menace, not just to save his investment and the jobs of his employees but also to avoid further encroachment that displace residents of the area.
“Agriculture is the way to go. An agro-investment of such magnitude should not be allowed to waste because of the gully. I believe the state government can rescue this very ugly situation by intervening with control works. Aside my farm, people’s homes and property are being threatened by this menace. So, I call on the state governor, to live out the true meaning of his promise to support investors, by coming to our rescue,” he said.
The investor observed that in developed societies, the private sector proves to be viable partners with government in reducing the burden of unemployment and creating wealth for the populace, but lamented that in Anambra, the players have not been accorded the enabling environment to operate optimally.
According to him, most investments have closed shop in the state, because the owners continue to spend beyond their capacities and eventually run out of funds, leading to their shut down.
He advocated the establishment of a forum, through which the actual investors will interface on a constant basis with the government to enable government to understand what the challenges are, that mitigate their operations.
“There is a major gap in communication between government and investors in Anambra State. Often, we hear about different welfare packages and funds earmarked for business owners and investors to buoy their investments. But these things do not get to the real investors. They are sometimes hijacked. So I am of the opinion that the government should establish a forum where the investors can air their views on the challenges they have so that the government can address them,” the investor said.