What could have been a major fire disaster was today prevented in Nnewi, Anambra State when a Mack tanker lost control and fell, spilling its contents along the road and into drainage at Traffic light junction Nnewi town.

The tanker with Registration number EFR 10 ZQ, was driven by one Pedro Ojugbeli from Delta State and laden with forty-five thousand liters of Premium Motor Spirit (PMS).

No life was lost as a result of the incident. 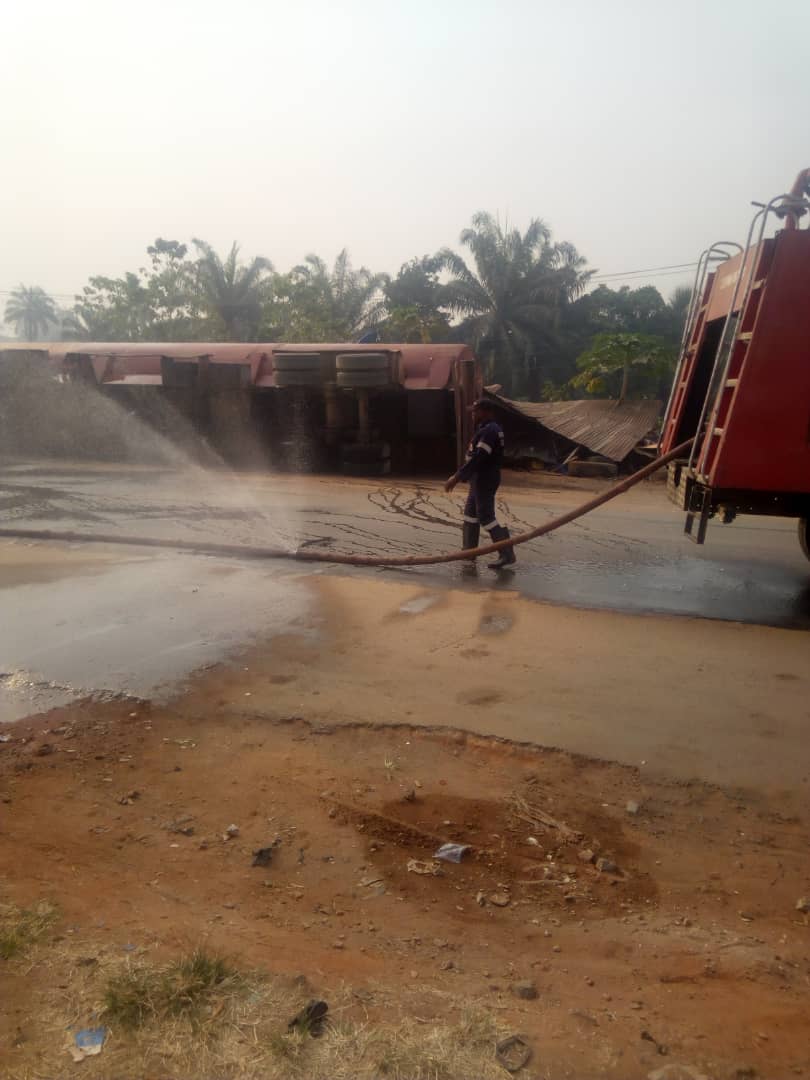 Efforts were also ongoing to trans-load the contents and clear obstructions to enable free flow of traffic in the area.

An eye witness, Tochukwu Okoye said the driver of the truck on reaching the traffic light junction had a brake failure while trying to negotiate the junction and subsequently lost control which resulted in the accident.

The Spokesperson of Anambra State Command of the Federal Road Safety Corps (FRSC), Paschal Anigbo corroborated the story that the probable cause of the crash was Speed Limit Violation (SPV).

He said a total of 4 persons were involved, out of which 1 female adult was injured and had been rushed to nearby St. Felix Hospital, Nnewi.