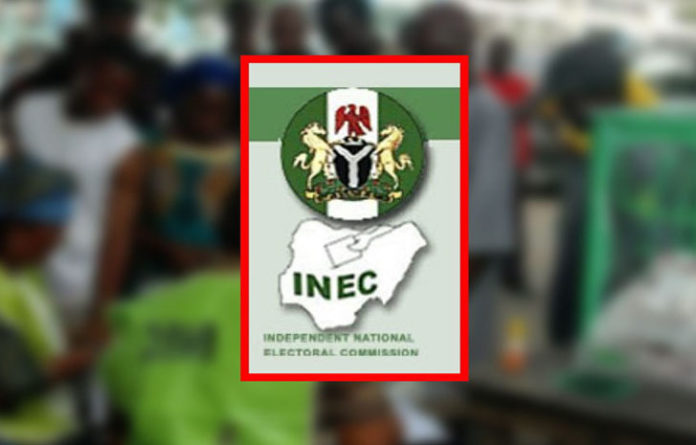 The Independent National Electoral Commission’s (INEC) Resident Electoral Commissioner in Akwa Ibom State, Mike Igini, has expressed serious concern and disappointment that the various acts of violence and electoral banditry on full display during the controversial 2019 polls were again replayed by some key actors in Essien Udim Local Government Area of the in the early hours of the re-run elections.

According to Igini, such anti-social behavior were clearly exemplified by the disruptions that took place in Ukana West (Ward 11), Units 5, 8, and 9 as well as Ikpe Annang (Ward 5), Unit 12 in Essien Udim, the home local government of Niger Delta Affairs Minister, Godswill Akpabio, as documented by the electoral commission and the Nigeria Police.

The INEC boss spoke as the police in the state have arrested 79 suspects for thuggery and other electoral offenses during last Saturday’s re-run elections in Essien Udim, Akwa Ibom Northwest Senatorial District.

Spokesman for the police in the state, Nnudam Frederick, a Chief Superintendent of Police (CSP), said “acting on a distress call that INEC Supervisors and Ad-hoc staff, security agents attached to Ward 10, Unit 6 were abducted and the electoral materials seized and diverted to a premises at Ukana Ikot Ntuen in Essien Udim Local Government Area, later identified as the residence of one Ibanga Akpabio, the DCP in-charge of Operations, Auwal Musa Muhammed, swung into action and rescued 25 corps members and 21 security personnel.

“All the electoral materials were recovered, and 79 suspects arrested at the aforementioned residence. The investigation is in progress and further development will be communicated promptly.”

Before the 2019 polls in the state, the Police had paraded 63 suspected political thugs who allegedly perpetrated violence days before the postponed elections and recovered some 179 Permanent Voter Cards (PVCs) in the state.

Some of the suspects were allegedly hired from Bayelsa, Delta and Ondo states by undisclosed desperate power seekers.

Parading the suspects at a media briefing at the state Command headquarters, Ikot-Akpan-Abia in Uyo, the state capital, the police said 41 of the suspects claimed to be observers on a monitoring mission for the election.

They were arrested last February 15 at a hotel in Uyo, without INEC identification number and could not give the proper identity of themselves. Police then also said 20 other suspects were arrested the same day at Ukanafun Local Government Area.

The suspects were allegedly brought in from Port Harcourt, the Rivers State capital, by one Uduak Dick, on the pretext of attending the burial ceremony of a Lance Corporal in the Nigerian Army, one Udo Essien.

Adding the police said one Anietie Peters who hailed from Mkpat-Enin Local Government Area was arrested in possession of 34 PVCs while one Ayaya Bassey and Asequo Ebio, were arrested with 149 PVCs and 29 TVCs. The suspects allegedly confessed to being political thugs hired by a politician.

Despite the repeated warning by the police high command in the state, politicians in the state obviously failed to play by the rules and did not seem to have advised their supporters to conduct themselves or risk arrest by the police.

Police Commissioner in the state then (Bashir Makama), said “let me use this opportunity to call on politicians to play the game based on the rules. Let me assure you that the non-partisan nature of the police in Akwa Ibom will not change, we will remain apolitical, neutral and committed to free, fair and credible elections. We will at all time act professionally based on International best practices.”

The election in Akpabio’s home local government came as a part of nationwide re-run polls, triggered from post-election disputes that emanated from the last general elections.

Candidates of the Peoples Democratic Party, (PDP) won the re-run elections for the Senate, state and federal constituencies in the state. For the Akwa Ibom North-West Senatorial District election, Chris Ekpenyong scored 134,717 votes to beat former Senator Akpabio of the All Progressives Congress (APC), who had 83,820 votes.

Akpabio, also a former governor of the state challenged Ekpenyong, who was eventually declared the winner. Ekpenyong had previously served as a deputy governor when Akpabio was a commissioner in the Obong Victor Attah administration.

But Akpabio had earlier announced his withdrawal from the election. INEC rejected it saying he remained the candidate of the APC.

The successful conduct of the re-run election, however, marks the conclusion of the 2019 elections in the state, following a hitch-free collation of results at all stages of the process and final Returns declared by the Returning Officers for the three elections.

This was accomplished despite the extremely difficult situation and untold harassment, intimidation, and abduction of poll officials by hired political thugs, many of whom were arrested and are in custody of the Nigerian Police in Uyo.

‘’INEC once again, notes with concern and disappointment the various acts of violence and electoral banditry on full display in 2019 election which were again repeated by key actors in Essien Udim in the early hours of the rerun elections.

‘’This was clearly exemplified by the disruptions that took place in Ukana West (Ward 11), Units 5, 8, and 9 as well as Ikpe Annang (Ward 5), Unit 12 in Essien Udim Local Government Area as documented by the Commission and the Nigeria Police.

‘’The security agencies, despite the initial challenges did a commendable job with satisfactory professionalism, particularly in the full implementation of the designed model for securing the collation processes and centers.

‘’This ensured that polling unit results were not compromised or swapped with pre-written results to supplant the will of the people. These commendable efforts were led by the Commissioner of Police, Imohimi Edgal with all members of the Inter-Agency Consultative Committee on Election Security (ICCES).

‘’Above all, the Commission wishes to thank all stakeholders, particularly the people of Essien Udim, who were undeterred by these occasional disruptions and came out to vote in the rerun elections.

‘’The State Office commends all staff of the Commission as well as Youth Corps members deployed for these elections for their exemplary conduct and integrity in adhering to and implementing fully, fairly and impartially, laid down rules and regulations for the conduct of elections’’, Igini said.

An Appeal Court sitting in Calabar, the Cross River State capital, had ordered for the re-run elections and INEC conducted them on Saturday amidst tight security in 11 wards, 159 polling units and 210 voting points for the Senate and House of Representatives respectively, and election conducted in 137 polling units for the state House of Assembly was relatively hitch-free. 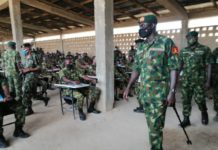