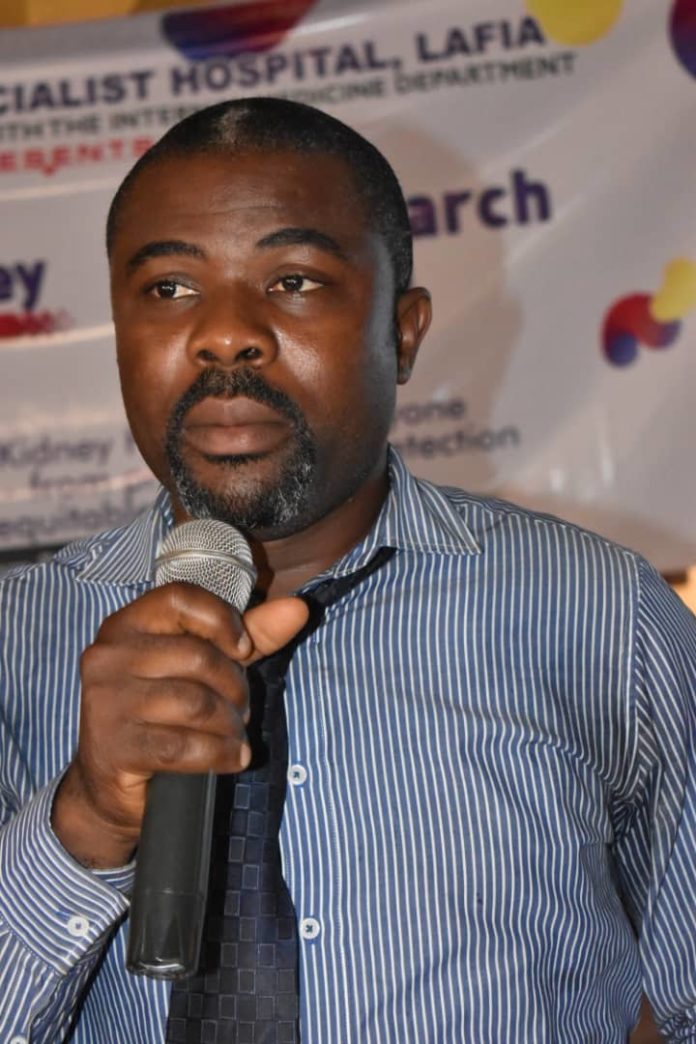 Kidneys are two paired like cashew shaped seed vital organs of the body located in the retroperitoneum, behind the abdomen of human beings. The organs help in excretion of waste minerals out of the body, maintains water balance and strengthen red cells that fight diseases in the body. It also regulates blood pressure among other functions it performs.
Of recent, kidney disease is on the increase, reducing human population through deaths, globally the disease has sent many people to their early grave due to ignorance.

The alarming rate of the disease has created a global concern on how to control the disease to the manageable level and save lives. It is because of its negative effect in reducing population that every second Thursday of March is set aside as ‘World Kidney Day’, a joint initiative of the International Society of Nephrology and the International Federation of Kidney Foundations.

The day is a global campaign aimed at creating awareness of the importance of kidneys to the health of the people and how to care for these two vital organs of the body.

It is because of the importance of the day that the Management of Dalhatu Araf Specialist Hospital [DASH] Lafia in conjunction with the Internal Medicine Department of the hospital joined the rest of the world to celebrate the day recently.

DASH organized a day symposium for its staff and enlightened them on kidney disease. This year’s theme is ‘’Kidney Health For everyone, everywhere’’.

Chief Medical Director[CMD] of the hospital, Dr Ikrama Hassan who stressed the importance of the day advised that periodic medical check-ups be carried out by individuals at least once or twice a year.

The CMD said early detection and management of kidney disease is the best way out of the killer disease trap hence the sensitization of the people on the dangers.

Resource person at the symposium, Dr Uchedu Daniel, who is a Consultant physician Nephrologist, listed some of the causes of kidney disease like hypertension, smoking, dehydration, alcohol consumption. He advised people to exercise daily, drink a lot of water by trusting their thirst especially during heat period, avoid eating red meat, eat a lot of vegetables, avoid smoking, checking of blood pressure and kidney function periodically.

Dr. Daniel said most of the kidney disease victims cannot afford its treatment which cost about seventy-five thousand naira a week, he called on the government to assist the patients already suffering from the disease to enable them to undergo a kidney transplant and dialysis.

Head of Internal medicine [DASH] Dr Isa Oborem said the importance of the day was to create awareness of the killer disease and for the public starting from health workers in DASH and advised them to periodically go for a kidney function test. 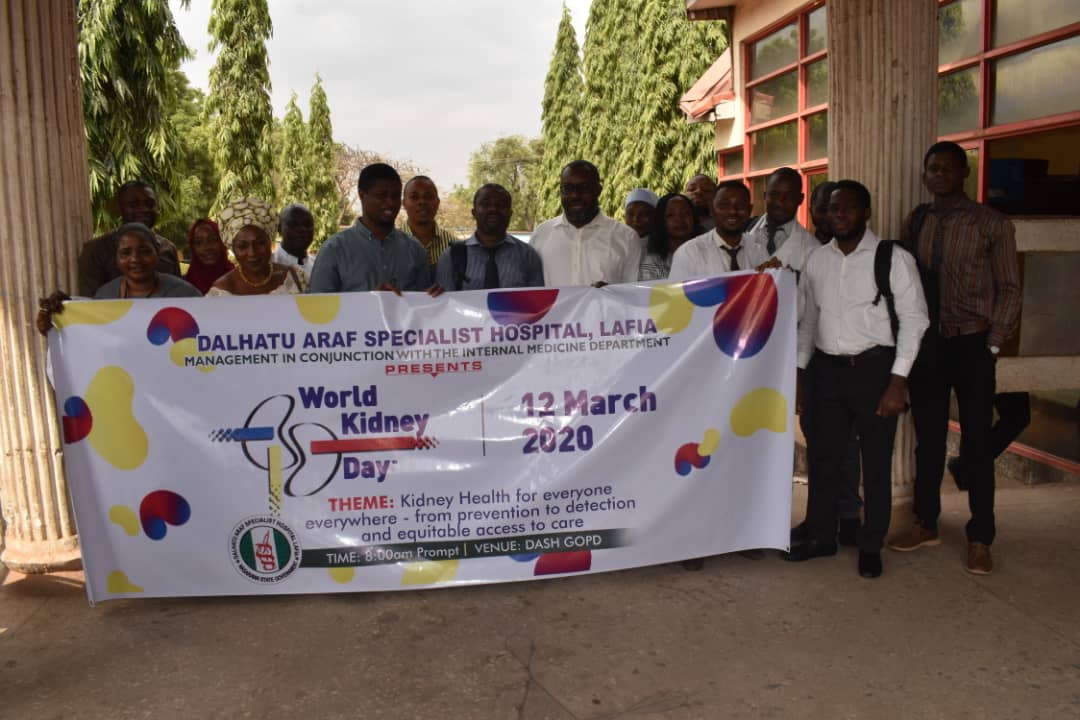 In a vote of thanks, the Chairman, Medical Advisory Committee, Dr. Aboje Aboje expressed his appreciation to the Internal Medicine Department for organizing the symposium, he charged staff of DASH to impact positively what they have learnt at the symposium on patients.