According to CRUTECH PRESS ‘’after hearing gunshots and being alerted that a student has been shot dead at the Electrical Engineering Department, some lecturers in the Civil Engineering Department of the institution made a mild announcement in the Exam Halls where Civil 500L students were writing their final paper, that all cult members either leave the hall quietly or bear the security risk themselves, as there is no security presence’’.

‘’Quite a few got up, submitted empty sheets and left. Some even forcefully collected from their colleagues in order to leave in groups’’.

Sources reveal that he was short yesterday at about 11.30am shortly after he finished his final year first semester examination. 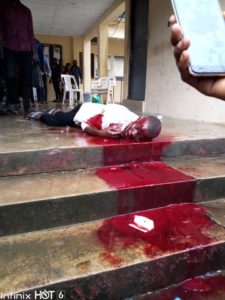 He was said to have been stepping out of the examination hall when he was accosted by some fierce looking men who shot him at close range. 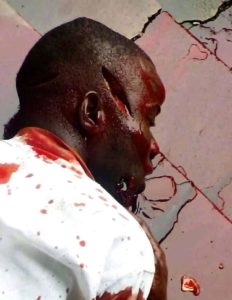 Coco-Bassey Esu wrote these on his Facebook timeline: This is James, a 500-level student of the department of Electrical/Electronic who was shot three times and didn’t die before they used axe to butcher him to death. The incidence happened today at the old Engineering block [CRUTEC, Calabar Campus.