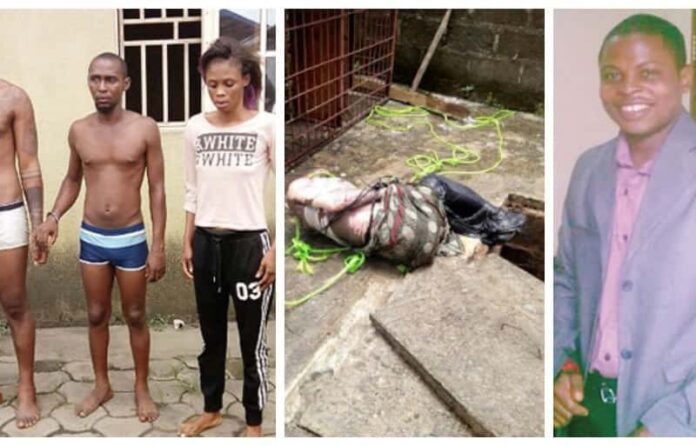 A High Court sitting in Port Harcourt, Rivers State, is to deliver judgement in the trial of the case of murder of a Jumia delivery agent on 15th of February next year.

The Presiding Judge, Justice Chigozie Igwe adjourned the matter after lawyers from the prosecuting and defence sides, argued on the point of law and adopted their written addresses in court on Monday.

The lifeless body of late Chukwuma Eleji, the Jumia delivery agent, was found in a septic tank in Port Harcourt on March 27th, 2017.

He was said to be delivering two iPhones to some customers, who had ordered for them through the Internet, when he was attacked and killed.

The assailants were reported to have dumped his remains in a septic tank in a desperate attempt to cover up the crime.

Two principal suspects, Sodienye Mbatamunuke and Divine Naabe, were arrested and charged to court in connection with the murder.

However, three years after, no judgement has been delivered on the matter, raising agitations on the development from various quarters.

Arguing his case in court, Bonaventure Ugwu, lawyer to the first defendant, Mbatamunuke, urged the court to discharge and acquit his client on the charges of murder and armed robbery because the prosecution team has not proven their case.

Mr. Ugwu objected to the admissibility of the earlier confessional statements of his client because it was not endorsed by any representatives of the defendant as required by law.

On his part, Lucky Agor, lawyer to the second defendant, Naabe, said the prosecution team has not been able to link his client to the charges of accessory or accomplice in the murder of the late Jumia delivery agent.

According to him, reliance on the contradictory statements of any witness may lead to a miscarriage of justice against his client.

Earlier, the Director of Public Prosecution in the Rivers State Ministry of Justice, Ibiene Mbano represented by a lawyer from the ministry, asked that judgment be entered in their favor because they have convinced the court with the presentation of overwhelming pieces of evidence against the two defendants in the matter.

Justice Igwe, after hearing the parties, set February 15th 2021 for judgement in the matter.