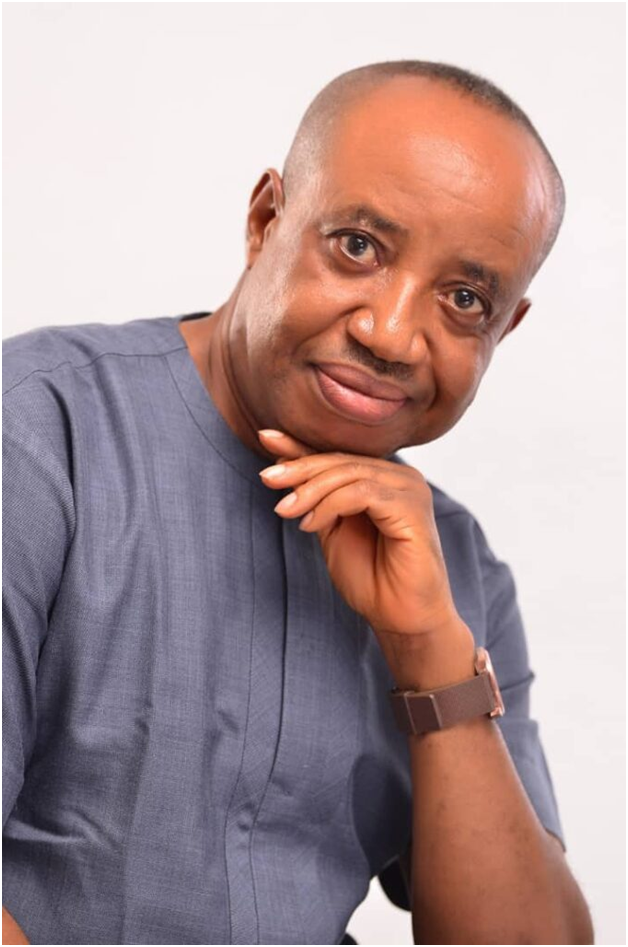 In the pantheon of African spirituality, one does become knowledgeable of the great divinities. Those who know say one must be born to them, duly initiated and ordained by them, then, they will teach him/her their precepts. They say that is the way Vodun is done. One learns through one’s relationship with the spirits of whatever mysteries they choose to disclose.

By all standards imaginable, James Obena Odok, a Permanent Secretary and a lawyer, must be an ordained child of the divine. In Boki, Cross River State how he survived an accident that claimed the life of his mother when he was just three months old, is still a mystery. He cheated a mysterious death at that tender age on her mother’s back.

He, however, holds the view that the life of one who dedicates his/herself in the service of humanity cannot be put down in words. ‘’Let our remotest posterity recall our achievements with pride’’, he says.

Odok, fondly called Jimmy by friends and associates, was born on December 26, 1960, into the family of Mr. and Mrs. Leo Asu Odok of Okundi Town in Boki Local Government Area of Cross River State. Boki people known also as Nki, are a tribe found in Cross River. They are predominantly farmers who are also forest-dependent. They speak the Bokyi language, one of the Bendi languages, a small group of Benue–Congo languages of uncertain affiliation spoken in Cross River, with some speakers in Cameroon.

He was appointed Permanent Secretary in Cross River by former Governor Liyel Imoke, in 2015, and deployed first to the Civil Service Commission, next Ministry of Women Affairs, and currently with the Ministry of Local Government Affairs. He obtained an LLB Hons degree from the University of Calabar in 1986 and was called to the Nigerian Bar in 1998. He later obtained a post-graduate Diploma in Public Policy and Administration (PGDA) from the same university.

Odok had his early education at the St. Brigid and St.Christopher Primary Schools at Ogep Osokom and Abuochiche respectively all in Cross River between 1966 and 1971. He is married to Mrs. Dymphna Odok, a seasoned teacher with the Federal Government Girls College, Calabar, who holds a degree in Industrial Technology from the University of Nigeria, Nuskka with 20 years of teaching experience. The union is blessed with two daughters, Sheila Odok-Anom, a State Counsel with the state Ministry of Justice, Calabar, and Dr. Njuare Mu-Osowo Odok, a surgeon with Williams Harvey Hospital, United Kingdom. He is also blessed with three grandchildren -Cephes Bufa Eyo, Gavin Ejik-Osowo Anom, and Buyinditiem-Nse Anom.

After a short stint in private legal practice with the law firm of Paul Erokoro & Co, in Lagos, the commercial capital of Nigeria, he got a job as a state counsel with the Ministry of Justice, Calabar.

After obtaining a Diploma and a proficiency Certificate in Legislative Drafting from the Institute of Advanced Legal Studies, Lagos, he was seconded to the state House of Assembly as a Legislative Draftsman, from where he rose to the rank of Director of Legal Services before he was appointed permanent secretary in 2015.

He also served as the Chairman of Odukpani Peace and Reconciliation Committee that was saddled with the task of uniting warring communities of the Odukpani Local Government Area, over a protracted land tussle.

As a state counsel, he handled the famous case of Mbang Efoli & 4 others V the State involving murder and cannibalism where a soldier on leave, Baba Okoi, was killed and eaten in his own Village, Nko in Cross River. This case went up to the Supreme Court. He handled and secured conviction in the famous murder case of Agbor Elle V the State in Obubra Cross River State, where a man killed and beheaded his close friend to use his head for initiation into a cult of war and dance. He also partly handled the famous civil case between Imayen Abang V Alozie Ogbuguaja & the police in Abak High Court, Akwa Ibom State.

Oduk was instrumental to drafting the female persons Inheritance law, prohibition of girl child marriage and female genital mutilation law, and finally the prohibition of harmful practices against women law which put Cross River in the forefront of gender mainstreaming activities in the early nineties where drafted by him during his tenure as a legislative drafter in the state House of Assembly.

Odok’s new policy led to improvement in the general efficiency and in the service delivery of civil servants across the state. The commission was also restructured into departments of promotion, appointment/recruitment and discipline in line with what is obtained in the federal service for better service delivery for the first time.

The commission introduced a policy of organising training workshops for new entrants into the service using experienced staff as volunteer resource persons at no cost to the benefiting MDA, at a time when there were no such programs in the state service.

At Ministry of Women Affairs and Local Government Affairs,  in partnership with various UN and other bodies like UNFPA, UNHCR, UNICEF and ACTION AID were the main  development partners of the Ministry, he was involved in the grass root implementation and sensitisation of programs such as eradication of rape, violence against women and children, protection and empowerment f vulnerable persons such as HIV-AIDS victims, orphans and the very poor and the eradication of girl child marriages.

With the aid of UNFPA, the counselling centre for victims of gender based violence known as gender based violence response and prevention center in Calabar was upgraded and equipped. The GBV zonal desk office was established in Ogoja to cater mainly for others and the two camps of Cameroonian refuges in Ogoja through the support from UNFPA and UNHCR.

The aggressive sensitisation efforts led to influx of victims of gender based violence including men, for the first time who complained of abuses by their spouses into the gender based violence prevention response centre (GBVPRC) dor counseling services. During his superintendence in the Ministry of women Affairs, which had no commissioner at that time, on December 13, 2019 became the first state in the South-South geo-political zone to lunch a comprehensive State gender policy and strategic implementation frame work which is now enforced in Cross River.

The Local Government Affairs Ministry is witnessing innovations, instituted an excellent service award given to the best performing local government council for the first time in the history of local government administration in the state.

This has led to the execution of many projects and complexion of abandoned ones, as the different councils now jostle for this quarterly award. Improved and equipped the monitoring units of tje ministry and thus drastically improved and brought about prudence in the managment of funds and execution of projects in the local government councils.

A Child of Destiny

Odok says his birth took place in his mother’s village, Duala Aronba, some two kilometers to Okundi. At a very tender age of three months, ‘’I lost my mother, Elle Agabi Odok, in very tragic circumstances. A big branch of a standing dry wood broke loose and smashed my mom to the ground, while I was strapped on her back, cutting open her head and spilling her brains all over the place right in front of my grandmother, her mother, when they went to the nearby bush to fetch some firewood. This tragic incident remains a mystery till this day in my community. How I was flung several meters away and was found completely unhurt inside a thick bush is marveling.’’

Continuing, the mystery child who was in Abuja recently for a public presentation of a Compendium of 60 eminent Nigerians who were born in the year of Nigeria’s independence said, ‘’my terrified grand mom literally went mad at the gory sight of this incidence for several days before she recovered to take care of me.

‘’My grandmother who was past childbearing age had to be circulating me, so to say, throughout the villages of my clan, Osokom 1, to breastfeed me, until a great herbalist who lived in the community at that time treated my grandmother to start producing breast milk again to feed me. The offer by Catholic missionaries at a nearby regional town of Ogoja, to hand me over to the reverend sisters for care was vehemently rejected by my grandmother.’’

This Boki mystery child is a member of, Nigerian Bar Association (NBA), and Fitness International. He is a recipient of Excellence Service Award by the Law Officer Association of Nigeria, Calabar branch He is equally a good lover of sports like football and track field event games, and good at Chess and Lawn Tennis.

Each time he remembers and recalls the incident that claimed the life of his mother, and spared him mysteriously, Odok says, ‘’I remain eternally grateful for the Divine for being amazingly merciful to me, and blessing me with an exciting career in Cross River civil service.

The Compendium that celebrates Nigeria’s builders at 60, is, however, a special publication by Sprezzatura Publishing. It is aimed at educating Nigerians about the rich and diverse cultures and experiences of various Nigerians who have contributed to the growth, stability, peace, and development of the country and who were coincidentally born the same year the country attained independence.