According to the Webster online dictionary, the word ‘career’ as a noun means ‘a job or profession that someone does for a long time’. By this same dictionary, the word ‘success’ means among other meanings ‘the fact of getting or achieving wealth, respect, or fame’. No doubt that when a child is registered in a western-educational institution by his parent or guardian, the goal of such parent or guardian (I think) is to create a career opportunity for such a child leading to his future success. With this goal in mind, such child grows up in his education up till the tertiary institution where he applies to study law as a profession. The purpose of studying in school in real sense is to become successful in one’s career. After such a child is called to bar (after completion of the tertiary institution), he finds his way in the society into the labour market from which he looks for his success. Finding or choosing a career that leads to success has always been a great challenge for a young lawyer and time is of essence as he proceeds in his future endeavours. This paper aims at drawing young lawyers’ attention to the path to a career in the legal profession with the ambition of attaining success in such career.

First and foremost, from the definitions of ‘career’ and ‘success’ defined above, it means (in my humble view) that the two do not mean the same. ‘Career’ (in my humble view) leads to ‘success’ and ‘success’ does not precede career. Therefore, what a parent does by registering a child in a western-educational institution is to create career opportunities for such child and not to give such child a career, though, some parents who aim at enforcing a career on their child (rather than providing the child required guidance and or guide) regret their action in the later time. So, from the available opportunities given to that child by his parents, he later finds a career in the legal profession for himself.

There are several careers or career opportunities in the legal profession. A legal practitioner can be engaged in private practice or in the public practice or in a non-public practice as an employee. Where he engages in the private practice, he might take a career of being a Senior Advocate of Nigeria or remain a Non-Senior Advocate of Nigeria after some years not less than ten years of being a lawyer. He might also be in the service of being a legal practitioner as an employee to any law firm or private institution such as company, bank, etc. he might also be in the legal department of government’s agency or in the office of the Honourable Attorney-General of the Federation or of a State as a Counsel. He can be in the Federal Civil/Public Service or that of a State government as a civil/public servant. From whichever career chosen, he finds his success over the years that he remains in the career. The very great issue is how would a young lawyer find his career through which he overtime acquires or attains his success?! It is very unfortunate that a young lawyer has to undergo a terrible financial crisis for quite an unascertainable period of years roaming about in a poor condition without any succor. In fact, it is becoming that the most terrible in-law to have is a young lawyer. It has gone to such extent that the law of diminishing marginal utility in the economic principles has befallen the legal profession to such extent that those respects that a lawyer used to gain in the long years a go have turned out to gain people’s hatred against the legal profession or lawyers this era. When a lady introduces her lawyer-suitor to her family in this present generation, one would observe a change in sitting position of her family members or parents. Many other questions would come up as to what he does for survival as perhaps he could be a ‘charge and bail lawyer’ as the public would say! Before many of his in-laws, he is accorded little or no respect, even by his own wife (all because he has no money)! All these are insults and embarrassment to the legal profession and lawyers which a young lawyer faces. With due respect, in my humble view, Nigeria is not a country where there are careers for a successful legal practice for lawyers in private practice. One form through which I have observed that some of those senior lawyers survive is where they have a link in any private or public establishment either by a friend or family relation, is to have a retainership in that establishment, though, this is not free. There must be a bargain on the fees payable by such establishment. That is why a lawyer is paid for instance, the sum of two million naira for his legal services on paper but unfortunately, in reality, he is only entitled to the sum of five hundred thousand naira only after other expenses. About fifty percent has already been paid to the person or those who have created the opportunity to be considered for such services. In other countries, such as the United Kingdom and the United States of America, one would observe colleagues who study in those countries doing well than those lawyers who studied in Nigeria. What then is the problem?! Personally, with due respect, some of those courses in the Nigerian Law School’s curriculum require to be studied in the universities. The question is whether there are no other advanced practical courses to be studied in the Nigerian Law School?! For instance: criminal litigation; civil litigation; corporate law practice; and the property law practice are courses that could be inculcated in the university, only the law in practice can be necessary in the Nigerian Law School. It then means that the necessary regulatory institutions or bodies in charge of the Nigerian Law School and the Council of Legal Education have to find other necessary courses to fill in the gaps, else, the Nigerian Law School would have had no contribution to the career of a young lawyer.

Furthermore, some young lawyers see colleagues who ride in big vehicles or who appear in a very bright apparel in court or outside the court rooms inclusive of traditional wears that those colleagues have attained success. The truth that those young lawyers need to realize is that it is not all that glitters that is gold. Not all those lawyers that they see actually have achieved to acquire that wealth. Perhaps they are from an influential family or they attained that wealth from illegal or corrupt means, though, there are very few number of lawyers who actually have worked diligently to earn those wealth that they acquire. So, a young lawyer should be contented with the hard-work that he does today and hopes for a career that leads him to an everlasting success without engaging in any illegal or corrupt act, which overtime is likely to destroy all his long years of career.

Furthermore, young lawyers should immediately after his call to bar, consider whether he intends to seek his career opportunity either in politics or private practice or public practice or in the judiciary and then as early as possible, to pursue same because time is of a great essence. If he starts early for instance in the public service, he is likely to become a Director though considering his age and his retirement age. And if his aspiration is in the private practice, he should keep developing himself through research and practice and to hope with prayers for a greater height in future years as a notary public, as a Senior Advocate of Nigeria or as a judicial officer or being an appointee of a public office either as Attorney-General of the Federation or of a State, among others. From all these, he would find success in his future years.

Also, the Nigerian Bar Association especially at the national level has a lot to contribute in a young lawyer’s career opportunities either by professional trainings or by engaging young lawyers in active participation in the bar affairs. The Nigerian Bar Association, Abuja Branch (the Unity Bar) which I belong to, for instance, has a lot of packages for young lawyers via discussion series, health insurance, engagement in the bar affairs, among others. I believe that the same thing happens with other branches of the Nigerian Bar Association across the nation but these are not enough. The national body must swing into action by taking up the affairs and welfares of young lawyers so that their being a lawyer would be a grace and not a disgrace to those lawyers, their family and the general public. The truth too is that the legal practice or legal profession has lost and is losing legal practitioners to other professions due to the unbearable frustration and financial conditions experienced by majority of the young legal practitioners, hence, the need for a systemic approach in winning back the heart of those who have departed and to retain the heart of those new wigs for a better future for the legal profession and the progress of Nigeria as a nation.

In conclusion, from what I have discussed above, it is my humble submission that ‘career’ and ‘success’ are two different words and do not mean the same. While ‘career’ precedes ‘success’, ‘success’ is the result of the ‘career’ overtime. Also, it is my humble submission that it is the roles of parents or guardians to create career opportunities for their child or ward and that will be inclusive of providing required guidance for them in choosing the right career in future but not to be mistaken as the role of compelling their child or ward to take a particular career, as compelling them is likely to take away or reduce the child’s passion for such career and such child might likely end up failing in his career while his contemporaries continue to excel as leaders in their chosen career. Furthermore, I have with due respect, submitted that there is need for a change in the Nigerian Law School’s curriculum and syllabus that aims at creating more career opportunities for young lawyers who are just called to the bar at the end of their qualifying bar examination in such a way that colleagues in other countries would not take advantage of their present condition to take away the success in the legal practice. I have equally listed some career opportunities open to a young lawyer of which the young lawyer is to search for detailed career opportunities as would suit his ambition. I have also recommended to the Nigerian Bar Association especially at the national level to be more proactive and caring in the affairs and welfare of young lawyers. 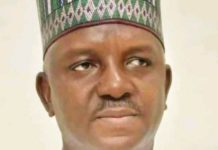