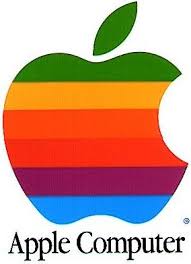 Apple Inc. urged the Trump administration not to proceed with tariffs of as much as 25% on a new slate of products imported from China, saying it would reduce the company’s contribution to the U.S. economy.

The Cupertino, California-based technology giant made the plea in a letter to U.S. trade representative Robert Lighthizer this week. Tariffs will affect nearly all major Apple products, including iPhones, iPads, MacBooks, Apple Watches, AirPods, and the iMac, the company wrote. It would also hurt lower volume products like the HomePod speaker, some Beats headphones, wireless routers, the Apple TV box, cases, and iPhone replacement parts.

“We urge you not to proceed with these tariffs,” Apple said.

This is the first time Apple has specifically mentioned the iPhone on a list of products that would be impacted by tariffs. The smartphone generates about two-thirds of Apple sales and drives the purchase of other devices and services.

Apple is one of the largest job creators in the U.S., it said, responsible for more than 2 million positions. The company also said it is the biggest U.S. corporate taxpayer. Apple has pledged to make a direct contribution to the U.S. economy of more than $350 billion over five years, and said it’s on track to meet that goal.

The U.S. and China said their presidents will meet in Japan next week to relaunch trade talks after a month-long stalemate.

Apple spent decades building one of the largest supply chains in the world. The company designs and sells most of its products in the U.S., but imports them from China after assembly. That makes it one of the most exposed companies to tariffs. The company may be evaluating moving some production out of China to elsewhere in Asia, according to a recent Nikkei report.

Apple’s global supply chain has helped it efficiently pump out hundreds of millions of devices, making the company one of the most-profitable in the world. But the approach relies on cheap labor and the relatively free movement of goods between nations. The trade war between the U.S. and China is a threat to this lucrative status quo.

‘What has benefited Apple in the past may turn full circle and harm their super-normal margins in the future,’ Neil Campling, head of TMT research at Mirabaud Securities Ltd., wrote in a note to investors on Thursday. ‘While Apple attempts to portray itself as pivoting to a services company the bare fact remains that more than 60% of profit is generated by the iPhone.’

In the past, when it has been up against local taxes on the sale of products built elsewhere, Apple has re-located production within that country. Apple is now building iPhones in India to avoid a local tax in the region, while it conducted similar measures several years ago in Brazil for selling iPhones.

However, moving production out of China is not without risk. The company’s suppliers employ millions of people in China and its relationship with the government there is partly based on this contribution to the economy. Moving out of China could threaten some of these jobs, hurting the relationship with the government and raising potential roadblocks to sales of iPhones and services like Apple Music and iCloud in the country.

Last year, Apple told Lighthizer that tariffs could affect AirPods, some Macs and the Apple Watch. The company was granted a reprieve when the government said it would leave the Apple Watch from being impacted. In its letter this week to the U.S. government, Apple said that the tariffs would weigh on its global competitiveness. It also stressed its impact on the U.S. economy. ‘The Chinese producers we compete with in global markets do not have a significant presence in the U.S. market, and so would not be impacted by U.S. tariffs,’ Apple said.

Apple’s letter was filed during the public comment period for proposed tariffs on about $300 billion in Chinese goods as the U.S. tries to finalize a deal with China that addresses the trade deficit, allegations of intellectual property theft and other trade practices. Hundreds of U.S. companies and trade groups are appearing at a seven-day public hearing through June 25, mostly to oppose the duties as a tax on businesses and consumers. The duties could be imposed after a rebuttal period ends July 2.