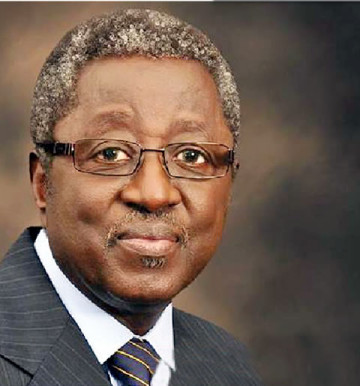 Former Governor of Plateau State, Sen. Jonah David Jang, has said he will appeal the ruling on the “No case submission” delivered by Justice Daniel Longji of the Plateau State High Court, Jos.
The ruling was delivered Tuesday at the Plateau state High Court.
Justice Longji, who is retiring from service on Tuesday 31 December, 2019 ruled that he would transfer the case file to the Chief Judge of Plateau State for reassignment to another Judge for determination.
Counsel to Jang, Edward Pwajok SAN had filed a motion on “No case submission” before the court, meaning that the prosecution counsel, the EFCC have not proved their cases against  Jang and the former Cashier in the office of the Secretary to the Government of Plateau State, Yusuf Pam which was adopted by the Counsel to the EFCC, Rotimi Jacob during the last sitting on the 17 December, 2019.
Justice Longji in his ruling, established that the Central Bank of Nigeria approved and release the sum of N2 billion for the improvement of primary education through the state projects account in Plateau state.
“It is unfortunate that today is my last sitting after 35 years of service. I will return the case file to the Hon. Chief Judge for reassignment to another Judge for determination.”
The Judge said the 1st and 2nd defendants are still on bail based on the previous bail conditions.
But counsel to Jang, Edward Pwajok SAN expressed dissatisfaction with the ruling and said they will appeal the ruling on the “No case submission.”
“We have listened attentively to the ruling of the  Court and on behalf of the 1st and 2nd defendants, we were not satisfied with the ruling of the court; therefore, since the law allows us to appeal against the decision of the court, we will appeal against the decision of the court.
“In the ruling, there are 17 counts and the court was expected to state its position with regards to each of the counts but we didn’t hear that. The Judge only read count one and said the Prosecution has a case against the accused persons.
“We are not satisfied with that. There was no review of the submission by the 1st and 2nd defendants but there was review of the submission of the prosecution; we were the one who made the initial submission of “No case submission” and we thought that will be mentioned and we are much convinced that based on the principles of law, that has to do with breach of trust.
“There is a central ingredient there that you must proof that there was dishonest misappropriation of that amount, even when you find out that the amount was entrusted to the defendants; the next question is you must answer if they dishonestly misappropriated such money in their care, did they convert it to their personal use, that ingredient must be proved.
“The court didn’t say anything about that and certainly, we will have to appeal the ruling to hear what the Appeal Court will say about that.”
Pwajok said the case will be going on concurrently with the appeal if it is assigned to another Judge.
Gideon Azi who stood in for the prosecution counsel, Rotimi Jacob (SAN), however, appreciated the Judge for the ruling.