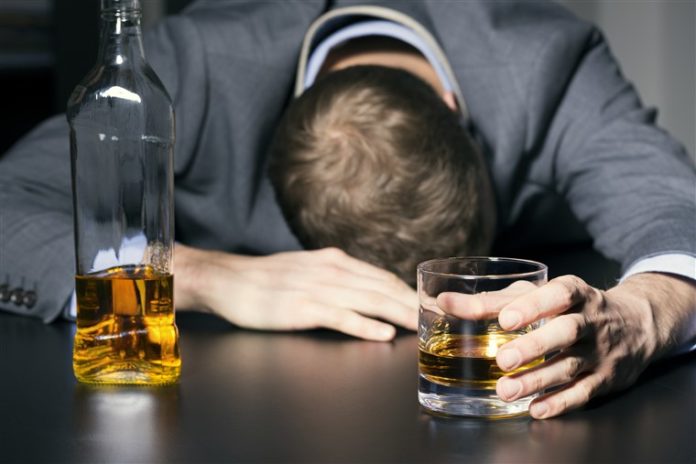 In moderation, alcohol is a social norm commonly accepted in the U.S. and around the world. In some instances, it can even be good for you. Alcohol abuse, however, carries with it a much more negative outcome.

Alcohol, Alcoholism, and the Impact on Your Health

A cold beer during a backyard barbeque.

A couple of glasses of wine at dinnertime.

A cocktail at happy hour with friends or co-workers.

Alcohol consumption is as much a part of the fabric of America as apple pie and baseball.

While the U.S. does not lead the world in the consumption of alcohol – that distinction goes the Eastern European nation of Moldova – we do drink our fair share.

In 2018, Americans drank nearly 8 billion gallons of alcohol, most of it beer.

When consumed in moderation, alcohol is no worse for you than soda. There are even certain health benefits to gain from alcoholic drinks depending on who is consuming the beverages and when and how much they consume.

But there is a sinister side to alcohol. And when consumed in excessive amounts, alcoholism can wreak havoc on an individual’s body – inside and out.

The Definition of Alcoholism

Alcoholism is a complex subject. It is a condition brought upon by a number of causes – physical, mental, societal – and its impact varies greatly from one sufferer to the next.

While the reasons for drinking may differ, and its effect on an individual’s health severe in one case and less so in another, in all instances, alcoholism is a disease.

The most basic definition of alcoholism includes the excessive consumption and abuse of alcohol. Although that leaves out many of the nuances of what might lead to chronic alcohol use, it does identify the addictive nature of the disease.

Although alcoholism is the broader, non-medical term, the actual medical diagnosis of overt abuse and dependency on alcohol is called Alcohol Abuse Disorder or AUD.

According to the Diagnostic and Statistical Manual of Mental Disorders (DSM), published by the American Psychiatric Association, a health professional may diagnose AUD if a person displays at least two of the following symptoms within the past year:

The diagnosis also leaves room to gauge the level of severity of the AUD, based on the following:

Though the above conditions do offer an individual who believes themselves to be suffering from AUD the opportunity to self-diagnose, it’s critical to seek expert medical advice. As we’ll see, AUD and alcoholism go well beyond simply drinking too much.

The Effects of Alcohol and Alcoholism on Your Health

A diagnosis of AUD only addresses the mental side of the disease. Whether it be prolonged periods of drinking or the epidemic that is binge drinking, alcohol abuse as much a physical disease as it is a mental disorder.

From the effects of a slight buzz to major medical complications, including even death, there are many ways that alcohol and alcoholism can negatively affect the body.

According to the Center for Disease Control, in the U.S., excessive alcohol use:

Age, weight, and even your gender all factor into how alcohol affects the body. The more you drink, the greater its impact, regardless of physical traits. Here are eight ways in which excessive alcohol consumption and abuse will take a toll on your health.

Alcohol abuse can have a significant impact on how a person acts or treats others, depending on the number of drinks they consume or how long they consume them. Although people react differently to alcohol, its abuse may lead to slurred speech, impaired judgment, or a reduction in cognitive skills.

The chance for harm to themselves or others rises during intoxication, whether through drunk driving, agitation, or anxiety. Blackouts and numbness are also frequent, resulting in no recollection of previous events or a lack of sensitivity or feeling in your extremities.

Of all the health risks attributable to excessive drinking, perhaps none are more alarming than the number of cancers it may contribute to. The types of cancers include:

Doctors and researchers don’t yet know the full scope of how alcohol drives cancer. Many factors may play a part, including damage to body tissue, nutrient absorption, increase in body weight, and how alcohol reacts with other chemicals in the body.

They do know that the more alcohol a person consumes, the greater their risk of being diagnosed with some form of cancer.

Just the simple act of drinking can increase a person’s heart rate and blood pressure. Prolonged alcohol use weakens the heart muscle leading to cardiomyopathy, which makes it more difficult for the heart to pump blood throughout the body.

Too much alcohol also leads to an increased probability of arrhythmia (change in the heart’s rhythm), heart attack, or stroke.

In every step of the digestive process, alcohol creates adverse effects in your bodies ability to process food and nutrients.

In addition, heavy drinkers are more susceptible to ulcers, hemorrhoids, dehydration, gas or bloating, or diarrhea or constipation.

Too much alcohol in the body limits its ability to ward off and fight infections. Weakening white blood cells, the body becomes more susceptible to attack from various viruses and diseases.

One of the lesser-known side effects of excessive alcohol consumption is how it impacts the body’s bones and muscles. Over time, bones may weaken or become thinner, leading to osteoporosis. Brittleness of your bones increase the likelihood of fractures, and the time it takes those fractures to heal.

Your muscles may also show signs of cramping or weakening. This can lead to an atrophy of the body’s muscles where they lose mass and waste away.

Most understand the risk posed to an unborn baby should a woman drink while pregnant. The most common threats being fetal alcohol syndrome, miscarriage, premature delivery, or stillbirth. Children born under the influence of alcohol also run the risk of developing both physical and mental health issues and learning disabilities.

Alcohol, though, impacts the reproductive system in other ways. In men, too much drinking may reduce the production of hormones or lead to erectile dysfunction. For women, excessive alcohol could complicate their menstruation cycles, lowering their fertility levels.

Based on the reliance that some individuals develop with alcohol – emotionally and physically – withdrawal can result in adverse health consequences, including death. The most common symptoms include anxiety or nervousness, high blood pressure, irregular heartbeat, nausea, profuse sweating, tremors, and trouble sleeping.

If someone is attempting to withdraw from a dependence on alcohol, it should be done in a controlled environment, supervised by a medical professional.

Alcohol consumption is very much a part of our culture.

Turning 21 is a right of passage, if for no other reason than a person can legally buy alcohol.

Advertisements during our most televised events portray the camaraderie amongst friends that comes from having a few beers.

Wine or a mixed drink at dinner is practically an evening mealtime staple, especially if out for a special occasion or at a fancy restaurant.

Heck, even the organized crime that grew from 1930s-era prohibition is romanticized thanks in large part to its role in helping Americans “have a drink.”

Certainly, alcohol consumed in moderation and by individuals of the proper age is perfectly acceptable in our society. However, excessive consumption and abuse will not just destroy your health, but it can have a negative, long-lasting impact on your life.

It can affect your job, relationships, and financial well-being.

If you believe a friend or family member is struggling with alcoholism, get them help. If you find yourself in a similar struggle, do yourself and your body a favor and seek out your own support.

It may very well save their life or yours.