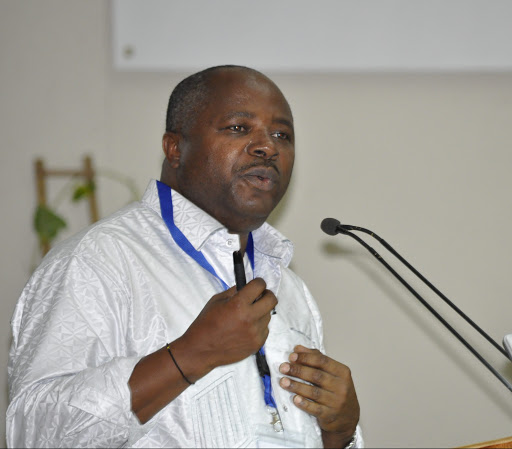 The Director-General of the International Institute of Tropical Agriculture (IITA), Dr Nteranya Sanginga, has warned that Africa’s food importation cost will soon hit $110 billion from the current level of $35 billion.

He has also pointed out how new agricultural challenges of Africa can be solved. He was speaking at the University of Florida’s Future of Food Forum, sponsored by the Institute of Food and Agricultural Sciences.

At the Forum which was attended by some 250 professionals from six countries and 19 states comprising farmers, researchers, chefs, aquaculturists, students, academics, with one-third of the registered audience from the private sector, Sanginga also spoke of his role of supporting agribusiness entrepreneurs for providing food solutions and creating employment for youth in Africa.

The forum had five panels, each comprising recognised experts from various fields with many years of experience. They shared their perceptions of the future of food up till 2050.

Sanginga who was on the Food from the land panel with four other experts in agricultural research, and is the only African on the panel, noted two challenges of African agriculture- food importation and old farmers.

Africa, according to him, is importing almost $35 billion worth of food, which can be produced locally. ‘’If such importation persists, by 2025, Africa’s food importation would have risen to $110 billion’’, he argued, pointing out that the farming community of Africa is old. ‘’The average age of farmers in Africa is 63 because young people take no interest in farming despite an unemployment rate of 60%’’, he said.

He narrated cases of youth unemployment in the Democratic Republic of Congo and Nigeria, and IITA’s intervention to create employment through the IITA Youth Agripreneurs (IYA) model.

He said, “Through this model, over 7000 youth have been trained in agribusinesses, and about 70% of them have become self-employed. Agriculture ought to be a business in Africa as much as it is in the US”.

Half of the world’s population is on the wrong side of nutrition; 1.9 billion people are overweight, 820 million people are hungry, one-third of all food produced for human consumption gets lost, and there’ll be more than two and a half billion more mouths to feed in the next 40 years. The world must transform its food production systems to cater to people’s changing tastes and health requirements/challenges.

James Anderson, Director of the Institute for Sustainable Food Systems, said “We need a new kind of agriculture. Our work must address who produces food, where it is produced, and how it is produced.”

Some of the recommended solutions include getting governments to support agriculture, protect farmlands, and encourage farmers to use new techniques that scientists discover. Participants were charged to keep on providing innovative solutions for a healthy and productive world.