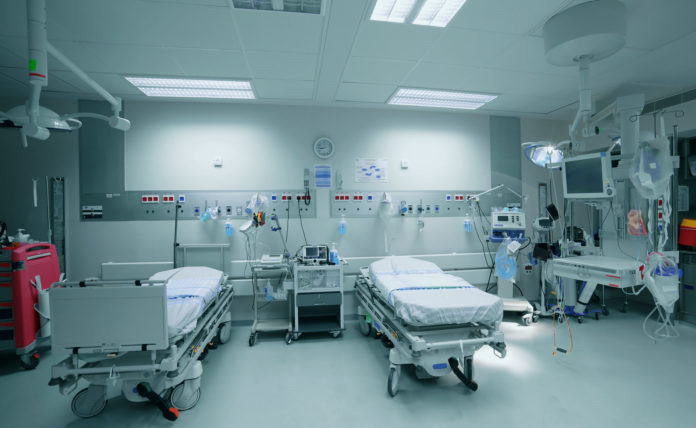 There has been reported uproar in Abuja as National Hospital, Gwarimpa Hospital and three other healthcare facilities in the nation’s capital rejected a sick businesswoman, citing lack of bed space.
The woman, who was said to be in her early sixties,  was taken to the hospitals for proper medical attention, after she suddenly fell ill at an unnamed hotel in Gwarimpa, a high-brow area in the Federal Capital Territory (FCT).
One of the managers of the hotel, who simply gave his name as Samuel, said the aged businesswoman who lodged in their hospitality facility, could not sit or stand, few hours after she checked in.
In a video he made at the Gwarimpa Hospital’s premises, the young hotel manager, said though they quickly took their guest (the sick woman) to about five major hospitals in Abuja, they were ‘chased away’ and asked to go back home, citing lack of bed space to accommodate her.
He said they were also asked by the doctors at the hospitals to return home, as they (the doctors) believe her temperature is still normal, and not yet a cause for alarm.
“This is the fifth hospital we have visited today from 7am to now, which is already 8:30 pm,” Samuel said at the Gwarimpa Hospital, which is closed to their hotel.
He then added: “Right now, the woman is lying inside the ambulance. And we have to pay for every trip using the ambulance, from National Hospital to the other four hospitals.
“In each of the hospitals we visited, it was the same story of no bed space to admit her. We have been running helter-skelter since morning to ensure that nothing tragic happens to her.
“The best, medical personnel at the five hospitals did for us, is to check the woman’s temperature. And after certifying that she is not having a high temperature, they separately told us it’s not corona. Hence, we should just take her back home.”