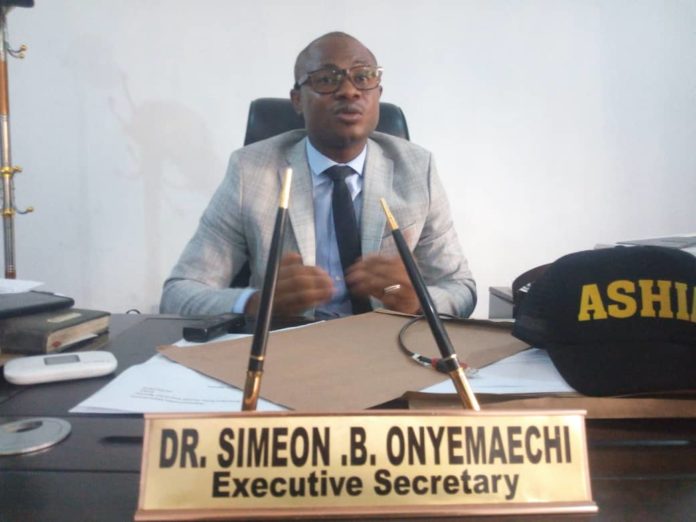 Anambra Health Insurance Agency (ASHIA) says it has evolved and is implementing pragmatic initiatives aimed at changing the health-seeking attitude of Nigerians which usually results in catastrophic health expenditure.

The Executive Secretary of the agency, Dr. Simeon Onyemaechi who disclosed this in a chat with our correspondent in Awka, regretted that despite the huge benefits that health insurance offers, Nigerians still remain averse to the initiative.

According to him, statistics show that in the over 14 years which the National Health Insurance Scheme has been in existence, only about 5 percent of Nigerians have subscribed to the initiative.

“We have identified this problem and as a state health insurance agency, have developed initiatives which other states are already copying and changing the narratives about health insurance across the country,” he said.

Onyemaechi said one such initiative is the adoption model where the agency has been able to mobilize high net-worth citizens of the state, to buy health premiums for their relatives and dependants ahead of time and with ease.

“Even though people do not have budgets for health, yet they fall sick. Under the adoption model, we have instituted for the rich and wealthy, a pre-payment mechanism which the Health Insurance Scheme guarantees so that none of their dependants will call them for emergency spending on health which they are not prepared for.

This was the secret behind the boom we registered in the number of enrollees as many wealthy Anambra people have bought into this initiative and are providing quality health for their people,” he said.

The Health Insurance Expert said in recognition of the fact that 70 percent of the total disease burden in Nigeria is preventable and treatable at the Primary Healthcare level, the scheme is designed to support early detection and treatment of illnesses.

“We understand this and our benefit packages are robust enough to take care of those about 70 percent of diseases that are preventable through Primary healthcare if they are detected early. A lot of cancers are preventable if detected early and many other dangerous diseases. And we are working hard to ensure that we reverse the negative trend where people just walk into patent medicine places and just pick up drugs and self medicate,” said Onyemaechi.

The ASHIA Boss who emphasized that the state civil service is not their focus but the larger population, said although 80,000 Anambra people have subscribed to the scheme, they are focused on achieving universal health coverage in the state where everybody in the state will have access to quality healthcare at little or no cost.

Dr. Onyemaechi also attributed the improved buy-in into the initiative by the people, to the quality assurance efforts which the agency has undertaken to strengthen services under the scheme.

He said, “Our quality assurance unit monitors on a constant basis, the operations of healthcare providers under the scheme to ensure that they follow operational guidelines as contained in the Enrollees Charter. We have at delisted two hospitals and stopped payment of capitation to some others for violating these guidelines and the providers now know that we mean business. We have also created a 24-hour call line for responses from our enrollees and the number is contained at the back of the Enrollee Identity Cards.”