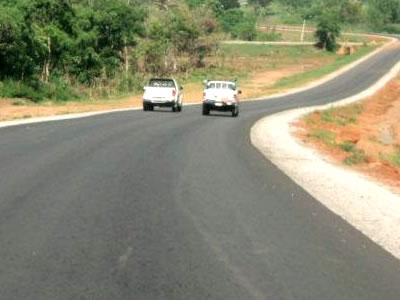 Anambra State Government has revealed that it is focusing on constructing roads leading to inner communities of the state with no access before due to their peculiar terrain.

The State Commissioner for Works, Marcel Ifejiofor disclosed this on Monday at the Head of Service Conference Hall, Jerome Udorji Secretariat, Awka, when he played guest to the maiden edition of a media chat titled “Meet the Media”.

According to him, the Willie Obiano administration in the state is determined to change the story on poor road infrastructure in the hinterlands in the state.

He explained that since its inception, the Obiano administration had commenced the construction of roads in communities that were hitherto inaccessible such as communities Nzam, Ogwu-Aniocha, Umuenwelum, Onono and others.

Engr. Ifejiofor stated that in assessing what the government has achieved in road construction so many things should be considered.

“It is not determined by the number of kilometers because when you are doing a road upland, a kilometer of road would cost say about 200Million.  But the same amount cannot construct the same about 200 metres of road in a marshy terrain like Nzam.

“For example, Tamad Construction is doing a road in Onono, a community in Anambra West Local Government Area which has not seen tarred road before now. The natives access their community through neighbouring Delta State. The height of sand fill there is about 3-4meters thick. But you know that when you are doing a road in Awka, you don’t need as much sandfill, you use laterite,” he said.

The Commissioner further revealed that in Nzam, the only Local Government headquarters in the state that does not have a tarred road, the state government is doing a road project of about 14 Kilometers with a bridge.

“The bridge is completed and we have about 2.4kilometers to sand fill to take the road to Nzam,” Ifejiofor said.