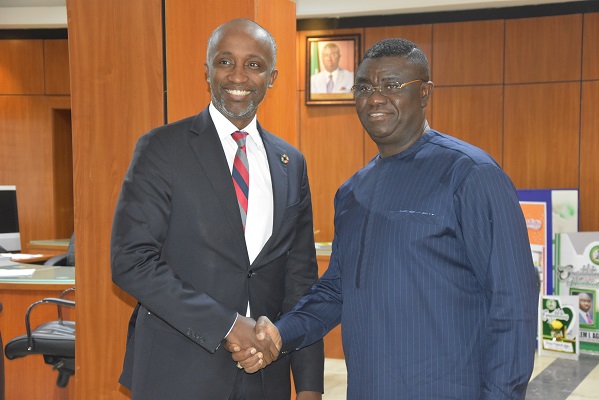 The United Nations Development Programme (UNDP) said it was committed to the rebuilding of the three most-affected Boko Haram (BH) States of Adamawa, Borno and Yobe states, just as the Minister of State for Budget and National Planning, Prince Clem Ikanade Agba, commended the programme’s commitment in that regard.

UNDP’s Resident Representative in Nigeria, Mr Mohammed Yahya, told the Minister during a courtesy visit to the Ministry in Abuja that there was a stabilisation facility to take care of the affected states in the areas of infrastructure development including roads, houses, clinics and police stations, among others.

Yahya disclosed that the UNDP had already resource mobilized $64 million for the region in a period of eighteen months with 50 percent coming to Nigeria.

According to him, “the Stabilisation facility is a by-product of the Regional Stabilisation Strategy adopted last year with approval for Nigeria as the largest contributor.

“We were able to launch it in Berlin where your predecessor, former Minister of State, Mrs Zainab Ahmed, represented Nigeria and committed that Nigeria would support the implementation of the facility in the country.”

He said the effort through the stabilisation facility was to convince the community that governments at the federal and state levels were very much interested in ensuring their development and moving them from the concept of crisis to getting the entire region back on its footing.

“So, we hope to show our commitment to Nigeria and see how Nigeria herself is able to contribute to the budget of the programme,” Yahya stated.

The minister expressed appreciation to the UNDP on the stabilisation facility and stressed the need to bring back the broken down infrastructure in the three states.

According to him, “That will bring a lot of succor to our people; give them meaning to life and a new hope.  We will work with you to ensure that those projects come in very quickly.”

He said that the Ministry would be interested in how the UNDP could deploy technology and capacity building in assisting it to develop the new national development plan that would succeed the Economic Recovery and Growth Plan (ERGP) in 2021. The ERGP will come to an end in December 2020.