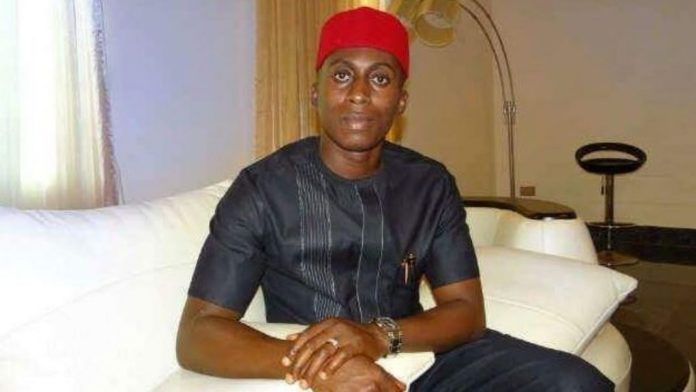 Obinna Onwubuariri of the Peoples Democratic Party (PDP), a member of the House of Representatives, has been sacked.

This is as the National Assembly Elections Petitions Tribunal in Owerri on Wednesday ordered the withdrawal of his certificate of return.

The Tribunal chairman, R. Harriman, also directed the Independent National Electoral Commission (INEC) to conduct a fresh poll in the constituency within 90 days.

He held that the petitioner, Princess Miriam Onuoha, of the All Progressives Congress (PDP) was able to prove her grounds which included over-voting, mutilation of figures, and the reduction of her votes.

Meanwhile, the PDP in Edo State on Wednesday accused the National and State Assembly Election Petitions Tribunal sitting in Benin City  of frustrating its right of appeal in the judgment delivered in the petition filed by Hon Omosede Igbinedion against the election of Hon Dennis Idahosa.

Recall that in its judgment, the three-man panel had dismissed Omosede’s petition for lacking in merit.

The PDP lamented what it described as an unwarranted delay in the release of the Certified True Copy of the Enrolled Order of Judgement.

A statement signed by the State Publicity Secretary of the PDP, Chris Nehikhare and made available to reporters in Benin City, the State capital on Wednesday, pointed out that the Omosede petition was the first the tribunal read and delivered its judgment on 10 days ago.

According to the statement, “It is a known fact that parties are allowed by law to go on the appeal within 21 days of judgment.

“But our right of appeal is being frustrated by the deliberate delay to avail us with copies of the judgment to enable us to file our appeal within time. We are informed that APC leaders have boasted that by the time we get certified copies of the judgment, our lawyers will not have time to file an appeal. They have admitted in certain quarters that they may lose at appeal even though they know that the tribunal tried in its 5-hour long judgment to justify its position.

“Edo PDP calls on the tribunal to immediately do the needful as it is common knowledge that copies of the judgment passed several days after the Omosede Igbinedion petition have been made available to the parties involved.

“The tribunal will be doing itself a great disservice if they allow APC to create the impression that in this particular case, they are taking instructions from outside “.”

But State chairman of the Edo APC, Barr. Ansell Ojezua denied allegations of party leaders having fears of losing at the appeal.

Barr. Ojezua said the APC has more judgment to file an appeal against more than the PDP.

He urged the PDP to know where to direct their complaints to.

“When did the APC become a member of the judiciary? We are also affected by the delay.”