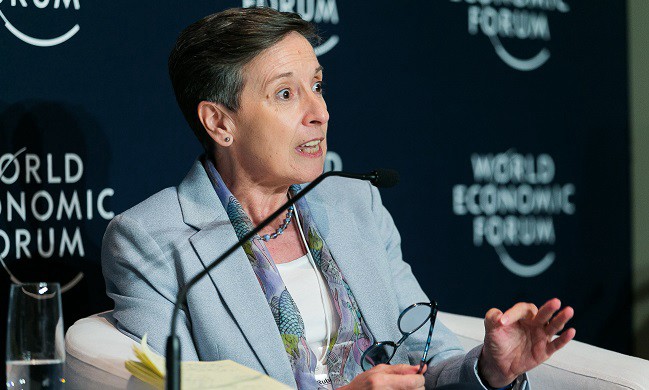 On January 23, 2020, Transparency International (TI), the well-respected global corruption watchdog, founded in 1993 and headquartered in Berlin, Germany, released its 2019 Corruption Perception Index (CPI), showing Nigeria as one of the countries that performed poorly and received low ratings.

The latest CPI rating Nigeria as the fourth most corrupt nation in West Africa and 34th in the world, in the views of some observers, is a clear indication that contrary to the claim of President Muhammadu Buhari, no progress has been made in his declared war against corruption in 2015 upon assumption of office. Critics of Buhari and the ruling All Progressives Congress (APC) are of the belief that the 2019 CPI has clearly shown that Buhari is only pretending to be fighting corruption.

For instance, the main opposition party, Peoples Democratic Party (PDP), gladly accepted the TI Corruption Index and maintained that “It indeed speaks volume that the Buhari administration and the APC that came into power in 2015 on an anti-corruption mantra, has ended up becoming the most corrupt in the history of our dear nation.”

Expectedly, the report of Nigeria’s poor rating from the TI Corruption Index drew the anger of Nigerian authorities and supporters of Buhari’s government who are totally convinced that he has made significant headway in the fight to checkmate corruption in the country. President Buhari’s admirers wondered how Transparent International arrived at the discomforting placement of Nigeria in its 2019 CPI, in spite of the evidence of laudable feats recorded by the government in reining in the monster.

Minister of Information and Culture, Alhaji Lai Mohammed, in giving the position of the Federal Government, described the TI rating that Nigeria was doing worse in fighting corruption as incorrect. Mohammed, who spoke in London when he featured on interview sessions with some international media outfits, maintained that the government would remain focused and not be distracted by the TI’s wrong assessment about Nigeria.

“For instance, apart from the TSA (Treasury Single Account), which has saved us billions of naira, we put in place transparency portal which enables every Nigerian to see how much is being spent by the government every day. Under the transparency portal regulation, any expenditure above N5 billion must be reported and that gives every Nigerian the opportunity to know exactly what is going on. We will continue to fight corruption and we know that we are winning the war.”

Emphasizing that for the first time in the history of Nigeria, high profile people have been convicted of corruption charges, Mohammed added: “For those who say that the anti-corruption fight is selective, how do you say that when serving senators and past governors who were members of the ruling party are now serving jail terms?”

Senior Special Assistant (SSA) to Buhari on Media and Publicity, Mallam Garba Shehu, dismissed the report, saying: “It is different from the reality that you have on the ground. The report is harsh on the government. It does not take due cognizance of the ground reality. In fairness to the TI that presented the report, they said that it is not research-based. So it is not fact-based but based on second-rate data – information collected here and there. In effect, anybody could put together this kind of report from press releases issued by opposition political parties.”

On its part, the Economic and Financial Crimes Commission (EFCC), in a statement, equally rubbished the Transparency International’s rating.

The anti-graft agency described it as baseless, appalling and unacceptable, insisting that “it is not supported by any empirical data, especially when placed side-by-side with the remarkable achievements of the commission in the past years.”

Another anti-corruption body in the country, the Independent Corrupt Practices and Other Related Offences Commission (ICPC), equally descended on TI, declaring that Nigeria’s poor rating by the organization was unfair and untenable.

Buhari Media Organisation (BMO) also faulted the CPI, noting that the picture it painted was opaque and not a reflection of the reality on the ground.

The BMO, in a statement by its Chairman, Niyi Akinsiju, and Secretary, Cassidy Madueke, said it was uncharitable for Transparency International to conclude that the anti-graft war in Nigeria was not delivering results.

An Abuja-based contractor, Mr. Balogun Jephthah Olorunosebi, is among Nigerians in utter disagreement with the global anti-corruption watchdog on its rating that gave a dismal depiction of the country’s anti-corruption efforts.

His words: “I honestly don’t think that Transparency International rating of Nigeria from its 2019 Corruption Perception Index is a true reflection of what is on the ground in the country.  Any ranking or rating of Nigeria showing a worsening situation of corruption in the country under President Muhammadu Buhari cannot be said to be fair and objective.

“Whether we like to accept it or not, President Buhari has shown great commitment and determination to fight the cankerworm called corruption which has eaten deep into the fabrics of our system. No doubt, we still have corruption in the system. But, we cannot deny the fact that the Buhari-led administration has done so much in curbing the rate of corruption.

“The anti-corruption agencies that used to be dormant became very active upon the emergence of Buhari as President in 2015, as evident in the number of convictions they have recorded including high-profile cases and even in the recovery of looted assets as well the introduction and implementation of different policies that have greatly helped to block leakages through which funds were hitherto siphoned.

“Anyway, they call it Perception Index. And I want to believe that perception is not reality. In reality, the present government of Buhari has made noteworthy progress in the war against corruption. Therefore, it is important that Nigerians should continue to support the government to curb the menace of corruption. Let’s not get sidetracked by the so-called corruption index that does not mirror reality or bear the weight of reality.”

But, the Civil Society Legislative Advocacy Centre (CISLAC), Transparency International chapter in Nigeria, appears not to be surprised by the reactions from the Nigerian government and its supporters.

In a statement by its Executive Director, Auwal Rafsanjani, CISLAC said: “While the index does not show real incidences of corruption, it is a reliable indication of the perception of the Nigerian public and the international community about the state of corruption in the country. The index is 100% impartial, objective and globally well respected.

Explaining that the CPI aggregates data from different sources that provide perceptions by the business community and country experts of the level of corruption in the public sector, CISLAC highlighted seven reasons why Nigeria’s anti-graft war is backsliding in the global ranking. They are as follows: “1. Nigeria’s rule of law is selective; 2. The backlash against media and civil society damages Nigeria’s anti-corruption effort; 3. Institutionalized corruption in political parties and political integrity; 4. Poor understanding of the definition of corruption and how to tackle it; 5. The anti-corruption legal and policy framework is underdeveloped; 6. Inability to implement recommendations on anti-corruption; 7. Corruption in vital sectors such as oil and gas and defense is endemic.”

A clergyman, Archbishop Emmanuel Ojo Powerson, faulted the TI in its report, saying that Nigeria is more corrupt than the rating of the agency.

Powerson, General Overseer of Family Restoration Ministries (International Holy Ghost Royal House of Restoration Churches) and the President, Emmanuel Powerson Outreach Ministry, said: “To be honest with you, I will say they are wrong in the sense that they don’t have the correct data. I have preached in 179 countries in the world, and to be honest with you, I am a Nigerian by birth; I lived here until I was 18 years old before I left the country. I have not seen a country as corrupt as Nigeria.

“From the moment you come out of the plane to the gateman of your house, everybody is expecting something from you. That statistic is wrong because I think Nigeria should be about 170 or 179 or even 180. Egypt is like that too. Egypt is corrupt, while Nigeria is very very corrupt. To me personally, and unless we want to shy away from the truth, this country is extremely corrupt. Transparency International needs to re-visit the ranking.”

In the course of the debate over what yardstick was used by TI for its assessment and methodology applied in carrying out its research, a Civil Society Organisation, Centre for Fiscal Transparency and Financial Crimes Prevention (CFTFCP), opined that the time has come for Africa to have her own independent Corruption Index.

The CFTFCP Executive Director, Umar Yakubu, in a statement, said: “There is also no need to shy away from stating that corruption is still prevalent in some sectors of the economy. But we firmly believe that it’s high time to develop a Nigerian or an African Corruption Experience Index. The reason we argue for such is that with the current methodology used by Transparency International, most African countries will always rank low, thus misleading the public about efforts made by several governments in Africa but particularly Nigeria.

“These sources are what are used to assess Nigeria. It becomes difficult to convince any audience that you evaluate a country with indicators based on perceptions of people outside the country. If it is from the businessmen, what percentage are international businessmen compared to local ones in terms of transactions within Nigeria? Who does corruption hurt the most? TI is clear about its technical methodology; stating that it does not source for perceptions or experience of corruption by Nigerians! So how does the generated data support the ‘perception’ of corruption in Nigeria?”

The Socio-Economic Rights and Accountability Project (SERAP) argues that the responses from officials of government knocking TI were unnecessary and unhelpful, advising that the poor rating of the country should rather be seen as a wake-up call.

SERAP’s Deputy Director, Kolawole Oludare, said: “The authorities should not simply dismiss the ranking. Going forward, Nigerian authorities must embrace the recommendations by TI and set some benchmarks for anti-corruption improvements in the coming years.”