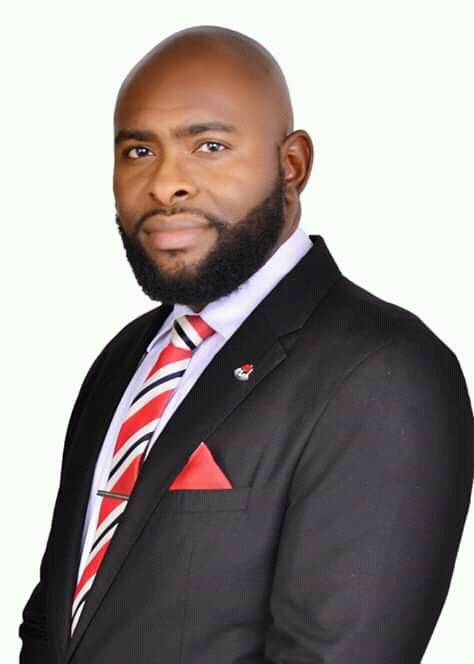 The ongoing #EndSARS protests have necessitated this article. Nigerians from all walks of life, especially youths have been protesting for several days against police brutality and calling for the scrapping of the (Federal) Special Anti-robbery Squad (SARS), the unit of the Nigerian Police Force (NPF) that has been given the mandate to combat the crimes of armed robbery and kidnapping across Nigeria.

Unfortunately, SARS operatives have been constantly accused of various human rights violations which include extra-judicial killings, arbitrary arrests, unlawful detentions, torture, extortion and dispossession of citizens’ properties. They abandoned their core mandate and became a tool of harassment, victimisation and intimidation of innocent Nigerian citizens.

Nigerians have always protested against the high-handedness of SARS but no concrete steps have been taken by the Nigerian authorities to address this problem. This seems to have emboldened the SARS operatives the more because of their unbridled use of state resources (which were provided for them to fight crime) to unleash pain, sorrow and anguish on hapless Nigerian citizens.

The repeated promise by the Nigerian authorities to reform SARS yielded no viable results rather SARS operatives continued to abuse the rights of Nigerians. Nigerians are irked by the fact that, there has been a failure to hold SARS operatives to account for past abuses. This has inevitably sparked wide protests across major cities in Nigeria.

What Is A Protest?

The Black’s Law Dictionary defines a protest as: “A formal declaration made by a person interested or concerned in some act about to be done, or already performed, and in relation thereto, whereby he expresses his dissent or disapproval, or affirms the act to be done against his will or convictions, the object being generally to save some right which would be lost…..“

Section 40 of the 1999 Constitution (as amended) provides that every person is entitled to assemble freely and associate with other persons.

This right can only be restricted in the interests of defence, public safety, public order, public morality or public health, or to protect the rights or freedoms of others – Section 45 of the Constitution.

It, therefore, follows that, the government has no right to deny the citizens of Nigeria, the right to assemble and to engage in legitimate, non-violent protests.

The Law which regulates how people may assemble in Nigeria is the Public Order Act 1979. The purpose of the Act is to ensure the proper and peaceful conduct of public assemblies, meetings and processions.

The Act states that any person who is desirous of convening any public gathering or conducting any procession shall apply to obtain a licence. This is quite undemocratic and unconstitutional.

Internationally, the right of assembly is guaranteed.

Nigeria is a state party to the International Covenant on Civil and Political Rights (ICCPR) 1966.

Article 21 of ICCPR which governs the right of peaceful assembly provides thus:

“The right of peaceful assembly shall be recognised. No restrictions may be placed on the exercise of this right other than those imposed in conformity with the law and which are necessary in a democratic society in the interests of national security or public safety, public order (ordre public), the protection of public health or morals or the protection of the rights and freedoms of others“.

Nigeria is also a state party to the African Charter on Human and Peoples’ Rights.

Article 11 of the Charter provides that:

“Every individual shall have the right to assemble freely with others. The exercise of this right shall be subject only to necessary restrictions provided by law, in particular, those enacted in the interest of national security, the safety, health, ethics, and rights and freedoms of others“.

Despite the constitutionally guaranteed right of assembly and international legal frameworks guaranteeing the right of assembly, there has been a history of police crackdown on peaceful protests in Nigeria. The reasons for this are not farfetched.

The Nigerian Police Force (NPF) is a colonial creation which was formed to implement colonial orders and not to protect the lives and property of natives. This was carried on into post-colonial Nigeria. Thus, the interest of the NPF is the protection of the Nigerian government rather than the citizens of Nigeria who “elected” those in government. This could also be traced to the military’s misadventure into Nigeria’s politics.

This has no doubt affected the operational mode and conduct of the NPF as a tool of oppression and suppression of any form of dissent.

Nigeria is being run as a police state; therefore, any protest or opposition to government policies is viewed as treason; this is why the Nigerian Army was quick to issue out some statements last week against the ongoing protests threatening to clampdown on the peaceful protesters who they described as “trouble makers” in order to protect Nigeria’s democracy. The Army’s statement could best be described as irresponsible, unconstitutional and insensitive and it further shows that their only interest is to protect the government (the President) and not the people/citizens of Nigeria. The primary responsibility of the Nigerian Army is the protection of Nigeria’s territorial integrity against the activities of Boko Haram/ISWAP terrorists, bandits and from all forms of external aggression; not the protection of Nigeria’s “Prison Yard Democracy“. If the Nigerian state is truly democratic, then there should be democratic institutions that would protect its democracy, certainly not the Nigerian Army. The Nigerian Army, bent on stifling all forms of dissent, has further rolled out plans to carry out “Operation Crocodile Smile” across the Federation which not a few people view as a veiled attempt to stop the ongoing nationwide protests.

It is ironic that, during the current protests against police brutality, personnel of the NPF are brutalizing and harassing protesters. The NPF has used teargas, water cannons and live rounds on unarmed, non-violent and peaceful protesters (who are even making a case for better welfare of the NPF personnel) in the past few days. As expected,  there has been some fatalities; and some of the innocent lives lost were not part of the protests but were unfortunate to have been struck by stray bullets from the police.

Under the International Law, it is the duty of each state and it’s law enforcement agencies to facilitate the enjoyment of the right of peaceful assembly. Rules of Engagement have also been prescribed when it comes to the use of force during protests or assemblies.

Where an assembly or a protest is non-violent, the 1990 United Nations (UN) Basic Principles on the use of Force and Firearms by Law Enforcement Officials provides that:

“In the dispersal of assemblies that are non-violent, law enforcement officials shall avoid the use of force or, where that is not practicable, shall restrict such force to the minimum extent necessary“.

Where an assembly or a protest is violent, the UN Basic Principles provides that, in order to disperse it, “….a law enforcement official may only use a firearm against a specific individual where this is necessary to confront an imminent threat of death or serious injury or a grave and proximate threat to life“.

Following from this, therefore, it would be totally absurd for law enforcement officials especially the police to open fire (with life ammunition) on protesters even if they are violent. The use of firearms (if it becomes necessary) must be directed at specific violent individuals in order to protect and save lives.

The Nigerian police has never been guided by these Principles during any of its engagements with protesters and this is why a total reform of the entire NPF has become imminent. The current cosmetic approach of changing the names of police units from SARS to FSARS and now SWAT – Special Weapons And Tactics unit has not and will not solve the problem at hand. There must be a holistic approach to solving the vexatious problem of police brutality and abuse of human rights; until this is done, there seems to be no end in sight to the current protests.

The United Nations Human Rights Committee in its 2019 Concluding Observations on Nigeria had this to say:

“…..the Constitution allows for a broad use of lethal force, including for the defence of property and that the provisions of the Code of Criminal Procedure, the Administration of (Criminal) Justice Act and Police Order 239 authorise the use of force without adequately restricting the nature of the force and setting out the principles of necessity or proportionality“.

The Committee also expressed concerns about the use of excessive force against demonstrations which included the alleged killing of more than 150 members and supporters of the Indigenous People of Biafra (IPOB) during “Operation Python Dance“, in what it described as non-violent gatherings between August 2015 and November 2016. It also expressed concern over the alleged killing of 350 supporters of the Islamic Movement of Nigeria (IMN) also known as Shiites in response to their barricading of roads blocking the passage of a military convoy in December 2015.

These observations by the UN do not portray a good image of Nigeria, especially within the international human rights community.

The Nigerian government and its security agencies have constantly abused the rights of Nigerians to assemble and to have peaceful protests. The use of force when it is inevitable is usually disproportionate with any violence that erupts during protests. The Nigerian Police has been the worst culprit; they seem to derive joy in assaulting, brutalizing and killing unarmed protesters and those police officers who are responsible for these human rights violations have never been sought out, interrogated and prosecuted.

The time for genuine police reform is now!