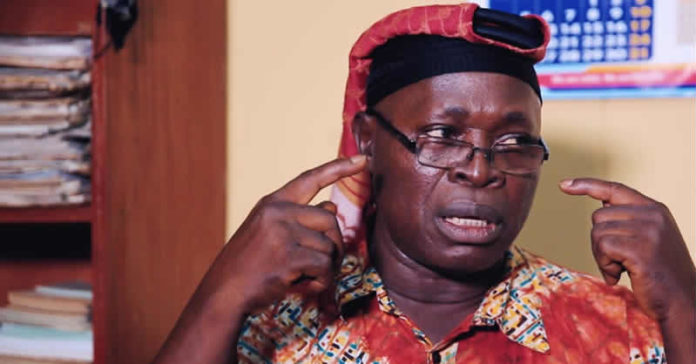 The Nigerian Islamic human rights organization, the Muslim Rights Concern (MURIC), has stated that the lingering #EndSARS protest has been hijacked by merchants of death, hoodlums and disgruntled politicians.

The body, in a statement on Tuesday by its Director, Ishaq Akintola, decried the recent attack on the convoy of Osun State Governor, Alhaji Isiaka Adegboyega Oyetola.

“Governor Isiaka Adegboyega Oyetola was viciously attacked in Oshogbo on Saturday 17th October 2020. It was a clear assassination attempt. The attackers used guns, axes and cutlasses. An axe thrown at his car got stuck in the door. His aides and others in his convoy were also targeted. The screens of many vehicles in his convoy got smashed.

“MURIC strongly condemns this attack. It was more than a protest. Things have gotten out of hands. #EndSARS protest has been hijacked by merchants of death, hoodlums and disgruntled politicians. What are people doing with guns, axes, cutlasses and stones in a protest ostensibly planned and labelled to be peaceful.

“To add salt to injury, the governor’s enemies started spreading the rumour that his convoy killed two people during the attack. That is a lie from the pit of Jahannam. The two deaths which occurred that day did not happen anywhere near the governor’s convoy. The timings confirm that. One occurred around 12.30 pm. The governor’s convoy was nowhere near the protesters at that time. The other at 4.30 pm. The governor was already back in the Government House by 4.05 pm. One was due to a motorcycle accident while the other was shot about 4.8 kilometres away from where the governor was. So how can any sane person accuse the governor of killing either of the two?

“Besides, Oyetola is an easy-going governor. He is not given to recklessness or executive impunity. He cannot hurt a fly. This is a governor who tried all he could to identify with young Nigerians who are protesting. Apart from releasing a strong statement in support of the protesters, he has attended the protest grounds about three times since the beginning of #EndSARS.

“In fact, the assassination attempt occurred during one of his solidarity marches with the protesters. He was actually there in their midst. He deliberately came out of his car in Alekuwodo and trekked with the protesters to Olaiya Junction. That was where the hoodlums started shooting at him. He got into his car, drove towards Abere and back to Government House. They intensified the attack as his convoy drove away. An axe stuck to his car door, bullet holes littered the vehicles in his convoy and screens were shattered. It was a close shave.

“We of the Muslim Rights Concern strongly condemns the assassination attempt on Governor Isiaka Adegboyega Oyetola. The attempt has all the hallmarks of premeditation. They knew the governor had been attending the rallies and that he would soon arrive. So a bloody reception was planned for him.

“The attempt on Oyetola’s life amplifies our position that the protest has been hijacked. This is no longer #EndSARS. The young Nigerians who started it may have meant well but they are no longer in the driving seat. They are not even the conductors or motor boys mobilizing passengers. Hoodlums and politicians have taken over.

“We appeal to the Federal Government to take actions capable of protecting government officials and innocent citizens.”