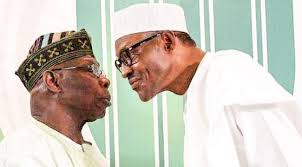 Without trying to remind us of Samuel Huntington’s “Clash of Civilisation“, it’s apt to say within the remix of the current political trajectories in Nigeria, different cultures and civilisations are continually clashing. The other day when I wrote “Externalities, Migrations and Manufacturing Nigeria: Atiku and His Cameroonian Descent”; one of my thorns of pains is the inimical role cultural or tribal identity is playing in our politics as magnified by some of the events and discourses that characterised the 2019 General Elections. Precipitated by pre-colonial conditions, complicated by colonial imperatives and encumbered by current realities, Nigeria’s politics of culture is fertilising conditions that are reinforcing contending issues of transnationalisation, denationalisation and deterritorialisation of national development amidst the nation’s heterogeneity.

On the one hand, Uthman Dan Fodio and his followings can said to be Fulani migrants in Hausa lands before 1804 but can that be said of his ‘stock’ with these long years of the survival of the caliphate and emirate systems…..intellectually, religiously, militarily and politically established by Fodio. Can we deny the contributions of the Fulanis to Nigeria’s development? Can Nigeria with large Muslim faithful boorishly ignore Fulani’s imprints?

On the other hand, can we also ignore the various inglorious acts of herdsmen (Fulanis or otherwise)? Beyond the hues and cries of the political elite on the Fulani domination of the political terrain; its high time we considered the pains of the farmers and the attending socio-economic displacement of the population, as well as the worrisome conditions at various IDCs in North Central. What about the cries of raped women and the gales of kidnapping in other parts of the country?

Few days ago, unexpectedly, Wole Soyinka amplified the need for FG to rethink the stance of Olusegun Obasanjo on the alleged plan of Fulanisation of Nigeria/West Africa. Obasanjo pointedly mentioned Boko Haram as the group championing this cause, so, I wonder why the Presidency is all out castigating him. I beg to even ask, Is Boko Haram made up of Fulanis?

Soyinka just like every other proponents of Obasanjo’s disquisition is pointing to historical antecedents which can be found in our history books for any one that cares to study them. Whereas, From Futa D’jallon to Hadejia; Fulanisation was ignored at a peril. Afonja’s Ilorin played with Fulanisation at its own peril. 1804 Fulbe Imperialism is an ideology. Is it dead? Has it been completed? Is there a reenactment of this Fodio’s movement? Methinks, these are some of the questions we need to think about.

Some time ago, the President while giving reasons for the ongoing herdsmen’s clashes with farmers in the country; inter alias, pointed accusing fingers at external forces from other West African or African countries. Premised on this assertion from the President and current challenges, I opine that the current call for a national dialogue on the identity crises in the country by Obasanjo is a right call in the right direction. The influx of migrants (Fulanis or otherwise) who continued to struggle with the politics of incorporationism with its attending conflicts leading to hundreds of people losing their lives and destruction of livelihood and properties is giving justification and credence to the urgent need for a national discourse in order for the nation to nib in the mud the various insecurity outbursts across the nation.

Come to think of it, just as the Fulanis can be found across West African region, the Yorubas too have transnational presence in West Africa and across the Atlantic; hence, the need for a reconstruction of our identities and interrelationships. We must be ready to create a balance of interests as we relate economically and politically. Our discourse must address the fears or the threats of domination by other tribes or religions. Our discourse must be done with reflections on the past and current realities premised on modernity with futuristic mindsets.

With the failing nature of the current security architecture of the nation even as the nation’s military still struggle to curb the menace of Boko Haram, the bandits and what have you; I am of the opinion that the nation cannot afford a major ethnic clash. As we have it now, the centre no longer holds, hence, we must sit together to discuss the future of the country before things fall apart.

Reiterating Prof Wole Soyinka’s call for us as a nation and citizens to begin to romance History as a discipline again, I will love to say for every news iten; for every political statement, and for every propaganda; History as an AGENCY should be called upon to perform its justificatory role.
_____________
The author (Sesan Johnson) as News Analyst/Reviewer and Political Affairs Analyst weekly via TV and radio while engaging and analysing news items speaks to millions of people on national and international issues. He is a Research Fellow of IFRA Ibadan and also an OAU-Ife trained historian/researcher with interests in Africa. Contact: smbafrica@gmail.com