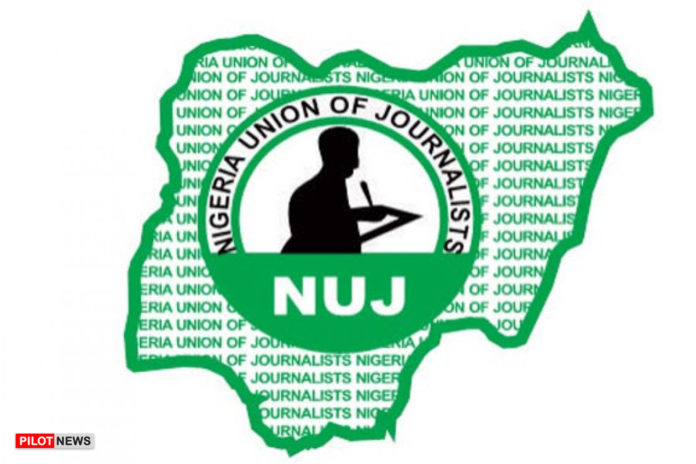 The Taraba State Correspondents Chapel today elected her new leaders. Sadiq Adamu of the News Agency of Nigeria(NAN), emerged as Chairman.
The elections which took place at the Nurses House Jalingo had 25 accredited voters.
Comr. Sadiq Adamu who contested against Janet Audu of The Independent newspaper for the position of the Chairmanship took the day with 13 votes out of  25 while Audu got 11 votes, with 1 invalid vote.
Seven positions were contested for in the elections which are  Chairman, vice, Chairman, Secretary, Asst. Secretary, Treasurer, Financial, and Auditor.
Other elected officials are: Waziri Salisu of Voice of Nigeria- Vice Chairman, Sani Sulaiman of FRCN- Secretary, Gbaron Nathaniel- Business day- Asst. Secretary, Bashir Adamu of Liberty TV- Treasurer, Sylvanus Viashima of The Sun- Financial secretary and Awari Emmanuel of Champion newspaper as Auditor.
Mr Sadiq Adamu and his team will be taking over from Mr Wole Ayodele who chaired the union for over 6 years.
The chapel was recently embroiled in a controversy, following the impeachment of the former officials led by Wole Ayodele by some members of the chapel. The National EXCO had to intervene by setting aside the impeachment and requesting the State council of the NUJ to take over the chapel and conduct fresh elections.