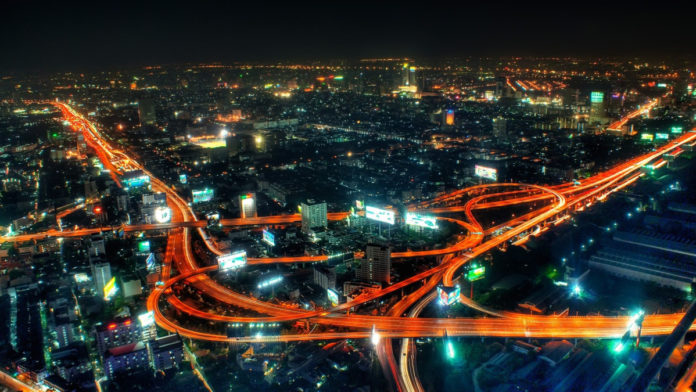 Ensuring a good quality of life and equal opportunities for all is becoming increasingly challenging for most countries of the world though it appears to be worse in Nigeria. Virtually every city in Nigeria is facing one form of challenge or the other. Traffic is hellish in Lagos, the commercial capital of the country just as survival is a nightmare in the country’s capital city, Abuja.

Already, it is being said that by 2050, some 9.1 billion people will call urban areas home.  This is simply because the global population has continued to soar, with that of Nigeria, the unenvied world poverty capital, clocking 200 million. Sadly, the resources of the planet are being strained to the limit!

Those who know better say the way forward lies in smart sustainable cities. Here, three very different towns tell us how they hope to reach this goal.

Smart cities use technology to improve efficiency, services and sustainability, but how can we practically achieve this? From Barcelona to Johannesburg, each place faces different challenges. The first step is getting to know what these are.

The International Standard Organisation’s ISO 37120 identifies common indicators that all cities should consider on their path to “smartness”. These cover almost every aspect of human activity, including housing, education, health, sanitation, fire and emergency response, governance and transportation. The measurements defined in the standard help cities evaluate where they stand and “diagnose” areas for improvement.

One of the advantages of using internationally harmonised indicators is that cities can go on to share experiences and best practice. Over 20 cities today around the world are using ISO 37120: Bogota to Dubai, Guadalajara to Toronto, Boston to Shanghai, and Amsterdam to Makati.

Here, Nick Casey, Senior Research Analyst at Australia’s Melbourne Smart City Office, Dr. Abdul Husaini, Town Planner and Geospatial Analyst in Minna, Nigeria, and Tinashe Mushayanyama, Director Strategic Information and Research in Johannesburg, South Africa, share what they have learnt using ISO 37120 in three cities that could not be more different from each other.

Melbourne: One of the main reasons why the City of Melbourne decided to use ISO 37120 is that it offered an opportunity to participate in a functioning city benchmarking programme that could deliver outcomes in measuring cities consistently. In fact, Melbourne had been seeking to participate in a successful city benchmarking model since about 1993 in order to understand its relative competitiveness, liveability and sustainability.

Minna: For us, ISO 37120 provided a platform for key city-data-generating organisms to work together to process and understand available information in order to make more effective decisions for our city.

Johannesburg: The City of Johannesburg adopted an International Relations Strategy in 2012 that promotes city-to-city partnerships and networks for mutual benefit. ISO 37120 indicators have made it easier for Johannesburg to pre-select cities and focus on areas to establish city-to-city relationships.

Benefits from this initiative

Melbourne: ISO 37120 has provided Melbourne with a meaningful and independently verifiable set of basic indicators. Many of these will be very useful in helping us focus our planning on desired outcomes and then credibly track progress. The City of Melbourne can use many ISO indicators to monitor the goals published in our Community and Council Plans in different ways, either individually, in domains such as sustainability, or at the city level and to tell a story.

Minna: One thing that we have learnt from this experience is that data collection without standardisation and benchmarking usually results in information that is either not relevant or redundant. By working with the World Council of City Data (WCCD) to apply ISO 37120, we have had the opportunity to compare our data with other cities around the world. The ISO 37120 indicators are now incorporated into the state’s Bureau of Statistics data collection template.

Johannesburg: To date, the City of Johannesburg has been using the ISO standard to measure the outcomes of our growth and development strategy, which was approved in 2011. We are also currently reviewing the entire set of indicators to be in line with ISO 37120.

Melbourne: In five years’ time, I’d like the City of Melbourne to be at the centre of a network of government and other authorities that are collaborating to measure the city, develop improved data sets that are more compatible with ISO 37120, digitally share data with one another and use some of this information to enhance the city’s performance. A good example of where this may occur is in the area of emergency and police response times. If the Emergency Services and Police support the ISO standard, it would not only help drive standardization for the service, but would also improve data collection. This would result in more reliable data being used for performance management and more data being published for the general community.

Minna: In the next five years, we would like to be able to generate more information on critical areas that we currently hardly report on, such as greenhouse emission, modal split and Internet penetration and usage, to name a few. These are very important indicators of the level of development and sophistication of the city. Presently, we have little or no data on them at the city level due to technical limitations.

It is also important to emphasize that the relevance of ISO 37120, in my opinion and experience, goes beyond the collection and standardisation of data on the various sectors or indicators. The standard has drawn attention to the absence of basic city data that is necessary for effective planning. Correcting this situation is critical in order to address the various challenges confronting our sprawling cities. It is by knowing what our city has or lacks that we can work towards achieving the targets of Goal 11, as part of the newly launched UN Sustainable Development Goals.

Johannesburg: Projecting ourselves five years down the line, we would like to put Johannesburg on its way to becoming a smart city, with big data playing a key role in policy making. Big data can also enhance what we learn from other cities. Ultimately, we would like to innovate in the way Johannesburg delivers services to its citizens in a smart way.