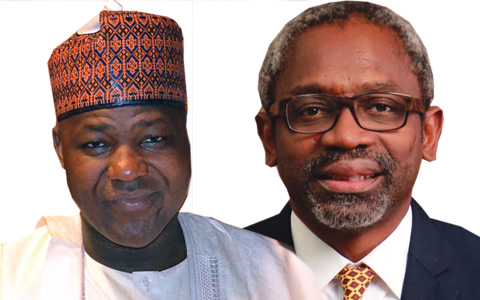 The battle for the juicy Speakership seat of the House of Representatives is currently taking a new twist as the opposition Peoples Democratic Party (PDP) is showing a strong interest in the office.

The outgoing Speaker, Yakubu Dogara of the PDP, is said to be in a fierce battle to retain the position he dominated for four years..

This is coming as Governor Muhammad Yahaya of Gombe State has approved the appointment of the immediate past Vice Chancellor of the University of Maiduguri (UniMaid), Prof. Ibrahim Njodi, as the Secretary to the State Government (SSG).

Director of Administration and Finance, Government House, Mohammed Umar, made the announcement in a statement in Gombe, pointing out that the governor has also approved the appointment of Bappayo Yahaya, as the Head of Service (HOS), Mohammed Kukandaka, Chief of Staff (COS) and Usman Kamara, Principal Private Secretary (PPS).

All the appointments take immediate effect.

Meanwhile, Dogara’s interest in retaining his position was announced through a campaign launched in the social media platforms by his aides over the weekend with various posters tagged ‘continuity.’

Sunday Tribune reports that one of the campaign posters reads ‘’God chose Right Honourable Speaker Dogara Yakubu in the Eighth Assembly not any Lagosian. We believe He would do it again for us in the Ninth Assembly.’’

According to the newspaper, some of the pro-Dogara campaigners have also created a hashtag  #Dogaraforspeakeragain which has been generating ripples in some section of the polity and on social media platforms.

In June 2015, Dogara defeated Femi Gbajabiamila by eight votes to emerge the Speaker of the House on the platform of the All Progressives Congress (APC) before defecting to the PDP on whose platform he has always enjoyed tremendous goodwill.

APC leadership has endorsed Gbajabiamila as speaker and directed all lawmakers elected on its platform to vote for him and ensure his emergence in the election coming up on June 11.

But it being alleged that Gbajabiamila was in 2007 indicted on multiple counts of embezzlement and fraud by the Georgia Supreme Court in the United States. He allegedly accepted $25,000 as settlement of a client’s personal injury claims, deposited the money in his attorney’s trust account in 2003, failed to disburse the funds to the poor client, withdrew those funds for his own personal use, closed down the office and ran away to Nigeria, according to the Supreme court.

According to court documents, Gbajabiamila pleaded guilty and was remorseful for his criminal action and was thus placed on a 36 month suspension after paying back the $25,000 three years after he stole the money. He offered a feeble and rambling apology that focused more on his own suffering than that of his victim, according to court transcripts.

‘’The indictment paints the picture of an individual who began to run afoul with the law over a decade ago’’, Lekan Oreofe, a Lagos lawyer said.

Independent reports in the US also reveals that Gbajabiamila may also have been involved in age fabrication as documents showed that he reported his date of birth to United States Government sources as March 9, 1962, this is in disagreement with his date of birth of June 25 1962 also listed in his Wikipedia account and other agencies in Nigeria. It’s infinitely entertaining that the media complex is taking anything he says seriously.

The man was almost disbarred from practicing law in the US and suspended for alleged stealing. Femi Gbajabiamila has no credibility, Oreofe stressed.