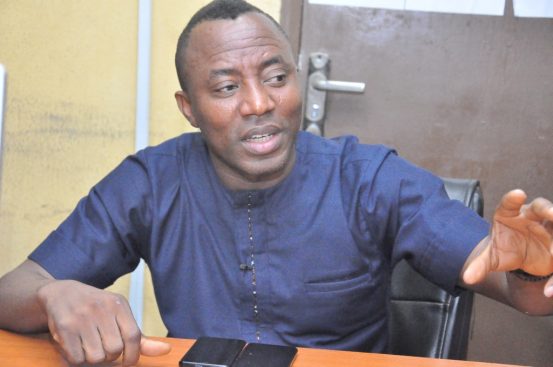 The Federal High Court in Abuja has ordered that Omoyele Sowore, Convener of #RevolutionNow protest be remanded in the custody of the Department of State Service, DSS, pending the hearing of his application for bail.

He is to be remanded with his co-defendant, Olawale Bakare.

The duo had earlier pleaded not guilty to charges of treasonable felony preferred against them by the Federal Government.

They were arraigned by the Federal Government on seven count charges bordering an alleged conspiracy to commit treason, money laundering, and insulting the President, among others.

They were brought to the court on Monday by operatives of the Department of State Services (DSS).

Counsel to Sowore and Senior Advocate of Nigeria, Mr. Femi Falana, was absent during hearing.