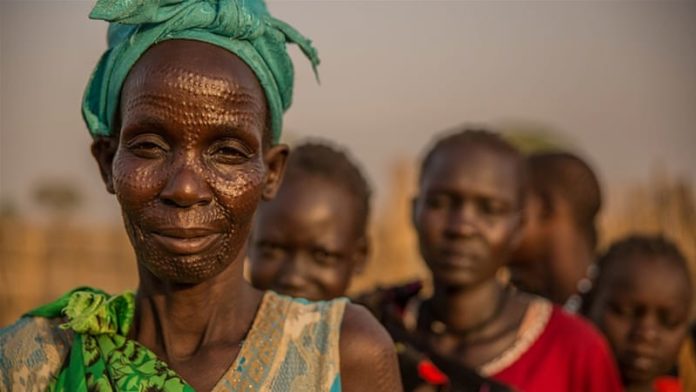 In a five-month period of 2018 alone, the Sudan People’s Liberation Movement Army in Opposition (SPLM-IO), reportedly kidnapped over 887 civilians in a series of attacks.

Human Rights Watch, a global rights group says many abductees, including boys under 15, are forced to be fighters. Women and girls are raped and abused.

In a seeming significant development earlier this month, South Sudan’s rebel movement released 78 women and 50 children who had been held captive for months.

Those freed were among the thousands of people who have been abducted over the years by the Sudan armed group.

The rights group Researcher, Africa Division, Nyagoah Tut Pur, reports that on a recent research trip to South Sudan, Catherine (not real name) told him how rebel soldiers had ambushed and abducted her in May 2018.

‘’They took her to their base in the bush and forced her to be the wife of a soldier. He raped her for three weeks before a senior commander made her his bodyguard and secretary instead’’, the researcher reports.

Adding, he said, ‘’after eight months, Catherine was given permission to leave the base to get medical care on the promise that she would return. She didn’t go back but now lives in fear.

The rest of the Human Rights Watch report goes thus: ‘’Catherine said ten other young women abducted from nearby villages around the same time were also trapped as wives. On two bases at which she stayed, she said the women were routinely raped, abused and forced to do physical labour.

‘’Those who disobeyed their husbands could be put in prison or beaten. Many other women we met in Yambio in Western Equatoria region and the rebel base Li-rangu told similar stories. UN staff also told me they have spoken to dozens of women and girls who reported facing similar abuses.

‘’There are few hard statistics, however, when it comes to the numbers of abducted women and girls held captive. Rebel commanders in western Equatoria denied that forced recruitment even takes place and insisted that all members join their ranks voluntarily.

‘’Furthermore, because sexual abuse is taboo, women can be reticent to tell their own stories.  At the Li-rangu base, several women – wearing crisp military fatigues and brandishing AK47s – said they were proud to be in the group and we were unable to find out more.

‘’By contrast, many women who were no longer part of armed groups described extensive abuse and fear of being kidnapped again. One girl who was abducted aged 15 but allowed to leave after nine months spoke of how her former commander had come looking for her several times since her release. To avoid re-abduction, her family moved her to another town.

‘’The SPLM-IO’s recent release of over a hundred women and children is laudable, but much more needs to be done to both prevent further abductions and ensure the release of those still captive. It is also important to note that it’s not just the SPLM-IO guilty of such abuses.

‘’The UN lists several groups – including government forces and other rebel factions – who have committed grave violations, including kidnapping and rape, against children since the onset of the conflict in December 2013. Seven of the eight South Sudanese individuals under UN sanctions are implicated in sexual violence, among other crimes.

‘’The recent releases were secured through sustained UN advocacy and coordination with former vice-president Riek Machar, leader of the SPLM-IO, but this approach is not a feasible solution to the issue as a whole. Given the size of the problem, the current approaches to addressing it are far from sufficient.

‘’For example, while UNICEF takes the lead in releasing children recruited into armed groups, no parallel agency has the mandate to identify women and girls who were forced to join armed groups and want to leave.

‘’Additionally, while commanders told us that everyone will undergo disarmament, demobilization, and reintegration (DDR) programme in due course, such initiatives should target voluntary members and not forced recruits. Armed groups shouldn’t be allowed to misuse such programmes to mask their abductions and unlawful detention of women and girls.

What needs to be done

‘’Under international law, commanders from all sides are legally bound to prevent acts of sexual violence, inhuman treatment, and abductions. They are required to take effective measures to prevent and promptly investigate any violations and abuses.

‘’In South Sudan, commanders should ensure that any women and girls being held forcefully are released immediately and receive full and adequate reparations. Those who continue these practices should be removed and held to account. But making this happen will take coordinated action.

‘’A process is urgently needed to screen and identify abducted women at all government and rebel sites. UN staff, ceasefire monitors, and church and local chiefs are best placed to lead such a process. But South Sudanese authorities and international donors must support these efforts, which should include education and livelihood training, a safe house, and other forms of protection as exist for released child soldiers.

‘’Accountability is also essential to end these abuses. South Sudan’s leaders should ensure that the court envisioned in the peace deal to try international crimes committed in the conflict is speedily established. If they drag their feet, the African Union should unilaterally create the court.

‘’South Sudanese leaders are scheduled to form a government of national unity in mid-February as part of an agreement to end five years of fighting that has killed almost 400,000 people and displaced millions.

‘’However, they have missed several deadlines already and are yet to agree on issues like security arrangements, the number of states and their boundaries. Fighting has declined but abuses continue.

‘’This includes the holding of women and girls in captivity.  As a senior UN agency official told us: Many women are trapped against their will. They have been there for years…This is an entrenched problem that needs a real solution.

‘’The recent releases of women and children are a welcome development, but pressure on all parties cannot end before the release of all civilians who continue to be held captive.’’