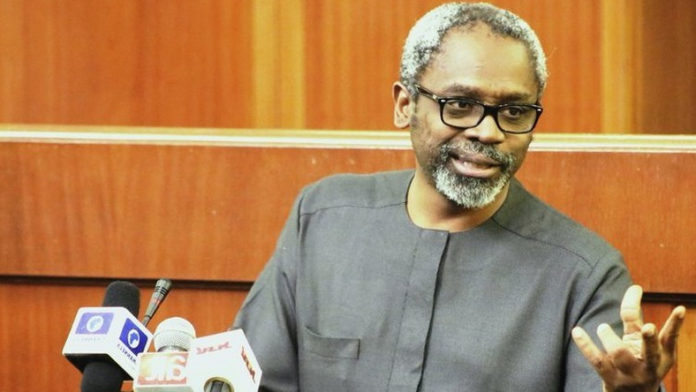 193 concerned Nigerians, among them, the Socio-Economic Rights and Accountability Project (SERAP), have dragged the Speaker of the House of Representatives, Femi Gbajabiamila, and all members of the House to a Federal High Court in Abuja over an alleged move by the federal lawmakers to spend N5.04 billion on 400 exotic cars.

The plaintiffs are praying the court to restrain and stop them from spending the huge amount on cars.

They also want the court to stop the National Assembly Service Commission from releasing any public funds to the House of Representatives to buy 400 Toyota Camry 2020 model cars estimated to cost $35,130 per car, until an impact assessment of the spending on access to public services and goods like education, security, health, and clean water, is carried out.

In Suit Number FHC/ABJ/CS/205/2020 filed on Friday, the concerned Nigerians argue that: “Nigerians have a right to honest and faithful performance by their public officials including lawmakers, as public officials owe a fiduciary duty to the general citizenry. All those who hold the strings of political power and power over spending of Nigeria’s commonwealth have a duty to answer for their conduct when called upon to do so by Nigerians.”

They also argue that: “It is illegal and unconstitutional for members of the House of Representatives to choose to buy expensive and exotic cars while encouraging Nigerians to tighten their belts and to patronize Nigerian brands. It is also illegal for members to reject cheaper and equally reliable options.”

According to them, “If the members of House of Representatives take their duties to the most vulnerable and disadvantaged among us seriously, including their duties to judiciously spend public funds, they would not have voted to spend over $35,000 per car, especially given the current economic and financial realities of Nigeria.”

“There is chronic poverty in Nigeria and many state governments are unable to pay salaries of workers and pensions. Unless the reliefs sought are granted, the House of Representatives will spend over N5 billion of public funds to buy exotic cars at the expense of many Nigerians living in poverty and misery.”

They are praying the court to determine “whether the proposed plan and resolution by the House of Representatives to buy 400 exotic cars for principal officers and members amounting to over Five Billion Naira in total, is not in breach of Section 57[4] of the Public Procurement Act 2007, the oath of office, and Paragraph 1 of Code of Conduct for Public Officers [Fifth Schedule Part 1] of the Nigerian Constitution of 1999 [as amended].”

The suit which was filed by their lawyers, Kolawole Oluwadare and Opeyemi Owolabi, read in part: “members of the House of Representatives are either unaware of the constitutional and statutory provisions on their fiduciary duties and judicious use of public funds or deliberately glossing over these provisions.”

“It is also apparent that, besides elevating their personal interests over and above the public interests, members of the House of Representatives have shown insensitivity to the plight of Nigerians, thereby violating section 14 (2)(b) of the Nigerian Constitution of 1999, to the effect that the security and welfare of the people shall be the primary purpose of government and its institutions.”

“It is public knowledge that members of the House of Representatives receive huge sums of money as monthly allowances and severance pay on the conclusion of their respective terms at the National Assembly. It is rational that many Nigerians are calling for a review downward of the sum proposed to buy cars for members.”

“There is no better time for any government/public institution to take issues of security and welfare/wellbeing of Nigerians seriously due to rampant kidnapping, banditry, and terrorism in many parts of the country than now.”

“The House during an executive session held on 5th February 2020 reportedly passed a resolution that 400 Toyota Camry 2020 cars be purchased as official vehicles for 360 members and other persons, including top management staff, Chief of Staff to the two presiding officers, as well as some of their special advisers and assistants.”

“About three billion (naira) was voted to buy cars for members of the House in 2016. The sum of N128 billion was budgeted and allocated to the National Assembly in the approved 2019 nationalbudget.”

They are seeking the following reliefs:

A DECLARATION that the plan and resolution to buy 400 Toyota Camry 2020 cars for members of the House at the estimated cost of $35,130:00 per car is in breach of Section 57[4] of the Public Procurement Act 2007, Paragraph 1, Code of Conduct for Public Officers [Fifth Schedule Part 1] of the Constitution of Nigeria 1999 and Oath of Office [Seventh Schedule] of the Constitution.

A DECLARATION that the sum of $35,130 per car proposed and voted to buy 400 Toyota Camry 2020 cars for members of the House is a breach of the Defendants’ solemn constitutional obligations to know and follow constitutional oaths and other constitutional and statutory provisions governing their conduct, including their duty of care to Nigerians to faithfully protect and defend the Constitution and improve the lives, well-being, and welfare of Nigerians.

AN ORDER OF THE COURT restraining and stopping the National Assembly Service Commission from releasing the money to the House of Representatives until an assessment of the impact of the spending on critical sectors like education, security, health, clean water, and safe roads is carried out in the public interest in accordance with their constitutional oaths of office and constitutional provisions.

AN ORDER OF THE COURT restraining and stopping all members of the House, their assistants, agents, assign or such other person acting on their behalf from demanding or receiving the sum of $35,130 per car for purchase of 400 Toyota Camry 2020 cars until an assessment of the impact of the spending on critical sectors like education, security, health, clean water, and safe roads is carried out in the public interest in accordance with constitutional provisions.

AND FOR SUCH FURTHER ORDER(S) that the Honourable Court may deem fit to make in the circumstance of this suit.

No date has been fixed for the hearing of the suit.