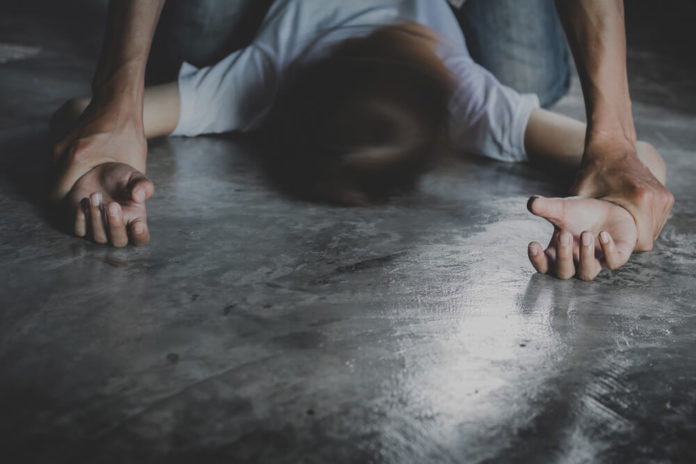 Rape incidence in Nigeria for women and girls as recorded by the National Bureau of statistics in May 2019, was 63.04% in 2015, increased to 72.13% in 2016 and decreased to 69.33% in 2017. Violence and crime are social ills that threaten the peaceful coexistence of humanity and the realization of equality, development and social peace.

Rape, a type of sexual assault usually involving sexual intercourse or other forms of sexual penetration, perpetrated against a person without their consent.

This can be carried out either by physical force, coercion, abuse of authority or against a person who is incapable of giving valid consent, such as one who is unconscious, incapacitated, has an intellectual disability or below the legal age of consent. The term rape is sometimes used interchangeably with the term sexual assault (Wikipedia 2016).

We have witnessed the growing rise of Nigerian public servants who have been elected into office to make laws and policies that would care for the vulnerable and every individual they represent turn into oppressors and bullies. These acts of high handedness, gross irresponsibility and misconduct have been rub out on citizens, particularly on Women and girls. Several such cases are either under-reported or completely not reported. These women & girls who are raped and assaulted by state actors in Nigeria (politicians, government appointees, etc) have little hope of obtaining justice and reparation. The federal government has demonstrated no serious commitment to addressing violence against women in general and rape in particular.

The Nigerian authorities at both federal and state levels have failed to address adequately gender-based violence including rape. Neither is there a federal or state legislation criminalizing violence against women, and most bills initiated by NGOs on violence against women are still pending; nor are current provisions relating to rape adequately enforced in the criminal justice system. Despite this lack of will, the Nigerian government’s obligation under international laws are clear.

Prosecution for rape is brought in only a smaller number of cases. Victims are sometimes pressured into withdrawing the case or parents of victims prefer financial settlement out of court to criminal prosecution. Where cases are brought to court, prosecution sometimes fails because police refer cases to a court lacking appropriate jurisdiction; obstruction of the judicial system due to slow administration thereby affecting proceedings. And where the conviction is secured; judges seldom impose the maximum sentence.

On the 11th of May 2019, exactly a month before a 41-year-old lawmaker was sworn into the 9th senates; in a video clip that went viral; the senator representing Adamawa North was caught on a CCTV camera repeatedly assaulting a woman during an altercation inside a sex toy shop in Abuja. The ensuing events after the assault clearly show how the Nigerian Police Force frustrated the victim after she reported the case to their Maitama office; not to mention the role the police officers (attached to the senator) played in the assault charges. This same senator later went further to bros beat a fellow female senator Oluremi Tinubu during the public hearing of his assault (what an audacity).

As sensitive and as infuriating the case is; for such a high ranking government official who should be the upholder of the law; this case is still in the chief magistrate court Zuba, Abuja receiving adjournment upon adjournment and so on. If this case was an election dispute case, it would have received a fast and express tribunal/judgement. This buttresses the importance the government placed in cases of rape.

Due to the weak laws criminalizing rape and assault; and because state apparatus and machinery are mostly influenced by politicians and government officials; most victims of these acts are left to lick their wounds. And this allows for more cases to spring up unabated and if something drastic is not done; it will only lead to anarchy and doom particularly for young women and girls.

Due to the failure of the Abbo Elisha case in terms of judicial administration and police complacency, on march 30th 2020; it was alleged, by a young lady named Elizabeth Oyeniyi; that the state commissioner of water resources (Abdulmumini Danga) in Kogi state under the leadership of Gov. Yahaya Bello; raped and assaulted her over a Facebook comment. The Governor however swiftly reacted by suspending the commissioner pending the outcome of the state’s investigation. This is at least a right step in the right direction. However, our eyes are still on the ball, hoping no one drops the ball in bringing the case to justice as we demand a quick and just investigation into the matter. We call on the government of Kogi state, to not only show or say, but to act the will and resolve to criminalize rape and assault. This will strengthen the judicial system, create a sense of social equity and serve as a deterrence to others. The state government and by extension, the Nigerian government needs to prove to its citizens that all are equal before the law; this should serve as a litmus test.