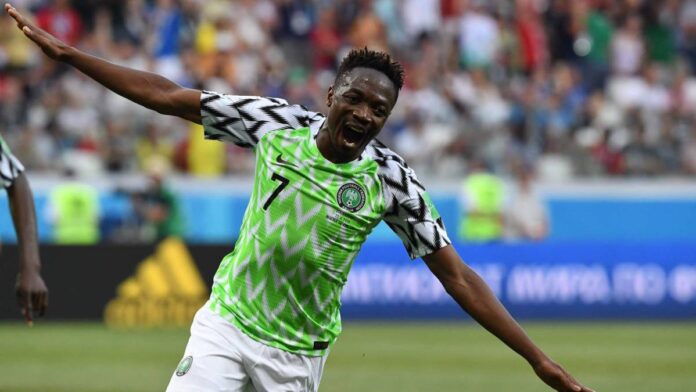 Super Eagles captain Ahmed Musa has been offered to Premier League sides West Ham United, Burnley, and Sheffield United.
The 28-year-old had once featured in the EPL playing for Leicester City, but he failed to hit the ground running after scoring just two goals in 18 appearances.
Musa, who is looking forward to overturning his bad record in the EPL is open to returning back to the premier league.
He became a free agent after his four-year contract was terminated by the Saudi Arabia club, Al Nassr in October.
According to reports, Newcastle are also monitoring him and they hope to capitalize on the fact that he is a free agent.