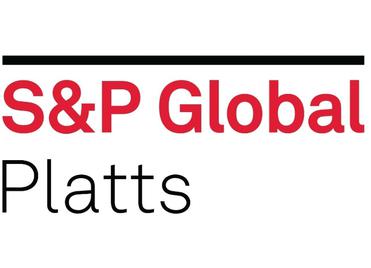 S&P Global Platts, the leading independent provider of information and benchmark prices for the commodities and energy markets, has started to publish a first-to-market suite of hydrogen price assessments.

Hydrogen is the most abundant element in the known universe and readily is used in industrial processes across the world, largely for oil refining and ammonia production.

However, hydrogen is increasingly attracting interest from investors, policymakers and energy market participants as a potential new clean fuel for transportation and a lower-carbon substitute for natural gas in industrial processes, materials production, power generation, as well as for commercial and residential use.

Simon Thorne, global director of generating fuels of S&P Global Platts, said: “The current market for hydrogen is relatively opaque but full of potential. We recognise the importance that hydrogen will play in a clean energy future, and the transformative role the fuel will play in global energy markets. In the interest of providing the transparency that is so critical to market development, the new S&P Global Platts hydrogen price assessments will provide an independent, impartial evaluation of hydrogen as a fuel.”

The new suite of S&P Global Platts hydrogen price assessments reflect the value of hydrogen produced at hubs in the US and Europe that are significant regions of consumption: US Gulf Coast, California and the Netherlands.

Given the importance of hydrogen within the fast-paced world of energy transition, S&P Global Platts is already considering additional price assessments in other geographies, including Asia.

The daily price assessments, published in US dollars and Euros per kilogram ($/kg and euro/kg), respectively, reflect the production cost of hydrogen based on two different production pathways: the predominant Steam Methane Reforming (SMR) approach, as well as the growing Proton Exchange Membrane (PEM) Electrolysis production.

The California and Netherlands price assessments will also include costs to reflect the cost of the resulting emissions from the process – reflecting respective carbon allowances.

Roman Kramarchuk, head of energy scenarios, policy and technology, S&P Global Platts Analytics said:“De-carbonization is a key element of the energy transition. Addressing emissions from the industrial sector, long haul trucking, shipping, residential and commercial uses, along with the need for storage to achieve clean power goals, will prove particularly challenging – but is critical to meet global carbon-reduction targets. We estimate that a shift to zero-carbon hydrogen in existing applications, along with modest penetration in gas pipelines and trucks, can reduce global energy combustion CO2 emissions by more than 7%.”

Molecular hydrogen does not occur naturally and requires production by “on-purpose” facilities that sell directly to end-users. Nearly all hydrogen is currently produced from fossil fuels, with over two-thirds produced using the steam methane reforming process. In addition, it can be produced by electrolysis, a carbon-free process that uses electricity to separate hydrogen from water.

This process is energy-intensive; however, when paired with electricity from renewables, electrolysis could also help address the problem of intermittency of wind and solar generation: curtailment/energy storage.

Due to its relatively simple chemical structure, hydrogen can power vehicles equipped with fuel cell technology, emitting only water. Toyota and Hyundai are among the early adopters of this technology, with support from the state of California, which aims to have 1,000 hydrogen fueling stations by 2030. In Europe, the Hydrogen Mobility initiative is also underway to build a hydrogen refueling infrastructure.

In metals, London-based Primetals Technologies announced in June it has developed a process to use hydrogen for direct reduction of iron ore and ThyssenKrupp has started testing hydrogen use in its blast furnaces as a potential part of their 2050 carbon neutrality strategy.

In power generation, efforts are going beyond coal-to-gas switching, with several examples of hydrogen use, including the recently announced plans of Los Angeles’ municipal water and power utility, LADWP to convert the Intermountain Utah power operations from coal to natural gas and then to be exclusively run on hydrogen by 2045.

The new 840 MW gas plant will be capable of burning 30% hydrogen by volume when it starts operations in 2025.