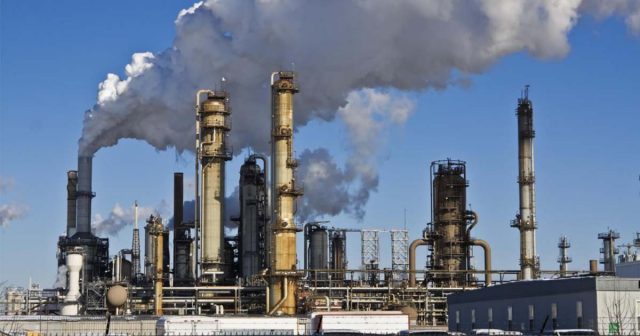 Liquefied Natural Gas (LNG) is poised to capture a small but growing portion of the international bunker fuel market in the United States and across the globe, according to S&P Global Platts, the leading independent provider of information, benchmark prices and analytics for the energy and commodities markets.

This is expected to be so as shipping companies prepare to bring their fleets into compliance with the International Maritime Organisation (IMO) 2020 on low sulfur content.

The IMO new regulations will come into effect from January 1, 2020 when the ocean-going vessels have to cut the sulfur content in fuels to 0.5% from the previous limit of 3.5% established in 2012.

The change in sulfur limits has had “wide-ranging repercussions for the global refining and shipping industries as well for petroleum supply, demand, trade flows and prices”, according to a report in March from the US Energy Information Administration (EIA).

To comply with the regulations fleet owners are switching to the use of low-sulfur fuel oil as well as non-petroleum-based fuels, such as LNG, EIA said.

The adoption of LNG as a bunkering fuel is expanding across the globe, with new bunkering infrastructure being built in Europe, Asia and North America, according to Sea/LNG, an international industry coalition promoting the use of LNG as a marine fuel.

In the US, EIA forecasts that the use of LNG as a marine bunkering fuel will remain limited through 2020 and grow slowly in the years afterward. In its Annual Energy Outlook 2019, the EIA reference case projects limited use of LNG as a bunker fuel in the next five years, “reflecting the high initial infrastructure development cost and the limited current infrastructure to accommodate LNG bunkering at US ports.”

As US LNG bunkering infrastructure is built out over the next several years, LNG’s share of the US bunker fuel market is forecast to grow in the medium and long term, expanding to 7% of the market in 2030 and to 10% by 2050 from a relatively small share, EIA said.

Over the past several years, a number of ships have been either built with or were offered to be equipped with LNG-ready engines — engines that could be configured to run on LNG at a later date, EIA said.

“Very few vessels consume LNG as their primary fuel, and the infrastructure to support LNG as a shipping fuel is currently limited in both scale and availability”, the EIA March report states.

According to Sea/LNG, there are currently 170 LNG tankers in operation and 184 ships on order.

To date, Carnival has launched two LNG-powered ships, the AIDANova and Costa Smeralda and has nine new LNG ships on order between 2020 and 2025.

“We believe this is the marine industry’s most advanced fuel technology to date and it is an important component of our overall environmental compliance strategy”, Frizzell said.

A critical component contributing to the growth of LNG as a maritime fuel is the construction and deployment of LNG bunkering vessels, which supply the fuel to the ocean-going ships.

Nine LNG bunker vessels were in operation at the end of 2018, up from one vessel at the beginning of 2017, according to Sea/LNG. That number is expected to grow substantially in 2020, and Sea/LNG anticipates that “up to 30 LNG bunker vessels could be operating globally within the next four to five years.”

Many large ports across the globe are beginning to offer LNG bunkering capacity. Of the top 25 global ports ranked by volume of trade, bulk LNG is already available in, or near, 24 of them, according to Sea/LNG. “The main challenge is the ‘last mile,’ i.e., the investment in bunkering infrastructure needed to take LNG from bulk facilities to the ships.”

Meanwhile, for over 100 years, S&P Global Platts has brought clarity and transparency to the energy and commodities markets, enabling companies, governments and individuals to act with conviction.