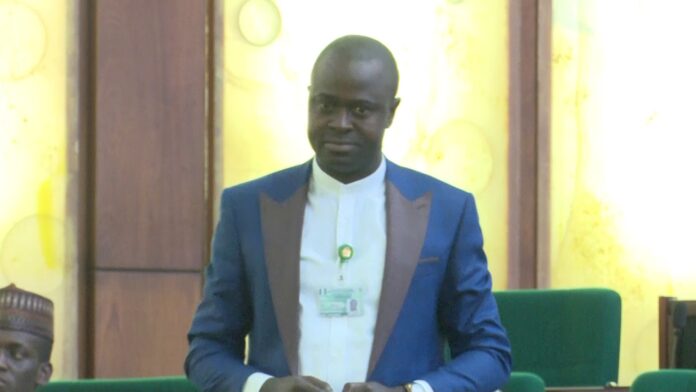 As Anambra 2021 governorship election draws near, the Peoples Democratic Party (PDP) has received attacks for its alleged misrule and rascality that negatively affected the fortunes of the state between 1999 and 2006.

The Member representing Anambra East and West Federal Constituency at the National Assembly, Chief Benjamin Obidigwe made the allusion in an interview with TNC in Awka.

Former Governor of the State, Chinwoke Mbadinuju had ruled Anambra from 1999 till 2003, a regime that was adjudged to have set the state backwards especially in the area of education and health.

Dr Chris Ngige had assumed power in 2003 but was ousted by Mr Peter Obi of the All Progressives Grand Alliance (APGA) in 2006.

According to Obidigwe, PDP has no moral right to seek election for the gubernatorial seat of the state considering what he called the “evils” they perpetrated against the state using federal might as well as mismanaging and misappropriating the resources of the state during the period of their reign.

He warned anybody hoping to rig themselves into power in 2021 to perish the dream as Anambra people are now wiser and politically-aware.

“What Anambra people saw during the seven years of PDP rule in the state is something anybody who means well for the state cannot wish to happen again here. The setback the state registered cannot be estimated and the memory is still fresh in the minds of the people. This was a dark era of political brigandage, rascality, arson, bloodshed and kidnapping. Anambra residents felt the negative effect and are not ready to sacrifice the peace and stability they enjoy now to go back to that era. Under PDP, Anambra’s public establishments were all burnt down including Ikenga Hotels, ABS, House of Assembly Complex, etc and that was the first in history the state recorded zero allocation while virtually all public schools and civil servants in the state went on strike for lack of payment of salaries for over a year,” he said.

The Federal lawmaker refuted allegations of poor performance by the APGA regime in the state, noting that the state governor, Willie Obiano has satisfied the expectations of Anambra people in the past seven years.

“For the records, APGA government has been very consistent and proactive in providing good governance and there is no doubt about that. Obiano’s administration has remained responsive in repositioning the state and what we need is continuation of the good works, not taking the state backwards. The present administration of Governor Obiano has not only made the state safer but an economic hub of the southeast and an environmental friendly state.

“Every Anambra person knows that under the Obiano’s administration, security has returned in its perfect nature and security of lives and property of the citizenry remains the cardinal objectives of his government. Obiano has not only perfected his determination to leave legacies in that direction but has also made uncountable giant strides. It took the APGA-led government in Anambra State to wipe out all the mess and negative images the PDP created in the state when it was in charge,” he noted.

Obidigwe expressed the hope that APGA will retain the government house come 2021, according to him, to sustain the good works of the Obiano government.

In his words, “His performance speaks for itself. For us in APGA, the state will only move forward and backward never. The time of PDP or any other party’s misrule or rascality is over. Anybody thinking that the PDP has a chance of replacing APGA is dreaming. The current administration in the state has to a greater extent justified her mandate and as such had gained the trust and support of Ndi Anambra both at home and abroad.”