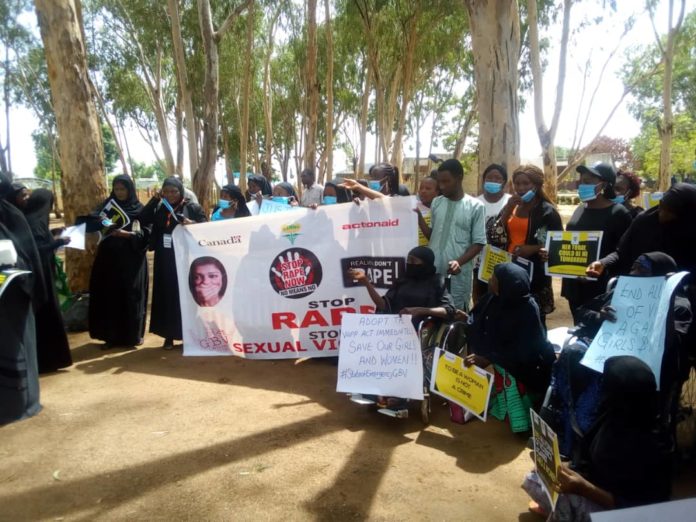 A coalition of Non-Governmental Organizations and Civil Society Organizations in Bauchi State, has painted the grim picture of sexual abuse in Nigeria over the years.

According to the coalition, in Nigeria, one in four girls will be sexually assaulted before the age of 18 and that there have been only 65 rape convictions between 1973 and 2019.

It said that in many cases, the security settles the cases as household or family matters while more than half of women in Nigerians who have experienced sexual and physical violence have never sought help to stop the violence.

Speaking on behalf of the Coalition on Friday at the state Secretariat in Bauchi, the Executive Director of Attah Sisters Helping Hands Foundation ASHH, Mrs Comfort Attah, noted that before the COVID 19 crisis, the national data from 2018, showed an increase in the percentage of women who experienced physical violence since the age of 18, from 11% in 2013 to 14% in 2018, adding that there is a continuous increase in the number of cases due to blaming of victims, lack of access to medical services and lack of access to justice.

She called on lawmakers in the Federal and State House of Assembly to push for a motion on the floor of the house, for the declaration of a state of emergency on sexual and gender violence in the country.

According to her, the escalating reports of violence against women and girls in Bauchi state and the nation at large had become a source of concern to all stakeholders in the country.

She said that since the outbreak of the COVID 19 pandemic alone, the number of calls from service providers on violence against women and girls has been on an increase in Bauchi state, adding that the service providers could not assist the victims because they were trapped in their houses with their abusers because of lack of access to phones or transportation.

“In the past week alone, a 16-year-old girl was abducted and ganged raped in Bauchi state. Again, Uwa was raped and killed in a church in Benin state while Tina was shot dead in Lagos state. Another 12-year-old girl was raped in Jigawa state. Barakat was raped and stabbed to death as these are the only few reported in the news. We need justice and a declaration of a state of emergency”, she added.