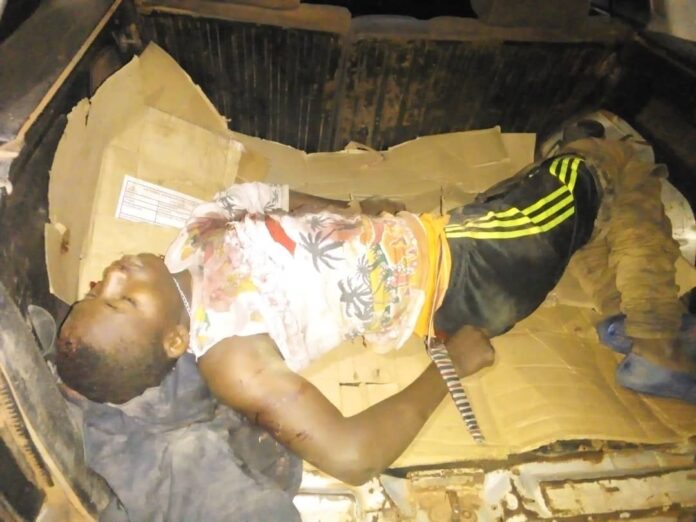 Awka – A suspected armed robber has been shot dead which an unidentified number of fleeing suspects have been injured following Police response to an armed robbery attack at Gidan Gambo along lafia-shandam road, Nassarawa State.

The incident occurred at about 10:45pm last night, when the suspects allegedly blocked the road with the intent to rob motorists.

A distress call was made to the Nassarawa Police Command who responded to the emergency.

Confirming the incident, the Nassarawa Police Public Relations Officer, Rahman Nansel, said the state Commissioner of Police, CP Bola Longe, upon the receipt of the information, mobilized Police personnel attached to Assakio Police Station and a team of Safer Highway personnel to the area.

“A gun duel ensued between the hoodlums and our men and consequently, the hoodlums were dislodged and one yet to be identified suspected armed robber was fatally wounded as a result of a superior firepower of the police.

“He was eventually rushed to the hospital where the doctor on call confirmed him dead. A machete and knife were recovered from him as exhibit while others escaped into the bush with bullet wounds. Police personnel are still combing the bush in order to arrest the other fleeing suspects,” he said.

He reiterated the warning by the state police command for all criminals and those having criminal intension to flee from Nasarawa State or turn a new leaf else, the arm of the law will catch up with them soonest.