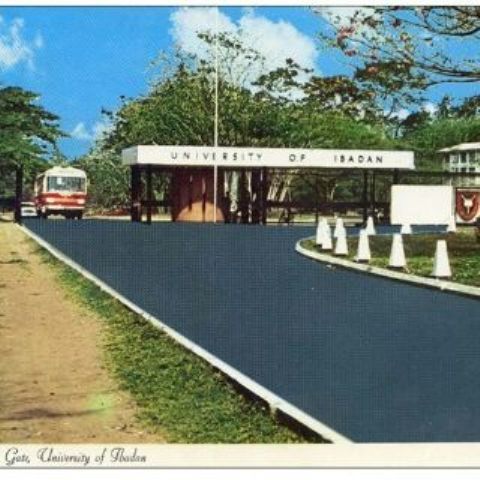 I’m a proud Ìbàdàn man; I have a village and an “agbo’le” in the heart of Ìbàdàn, and my late father holds a chieftaincy title from the great city of Ìbàdàn. I’m also a proud University of Ìbàdàn graduate. I passed my four years in the university with two Vice-Chancellors who were not Yorubas, not to talk of being from Ìbàdàn – Late Prof Oritshejolomi Thomas and late Prof Tekena Tamuno – great Vice-Chancellors of whom I will always say “They don’t make them like that anymore”. My Registrar was the late SJ Okudu, who, with the latter VC was the signatory to my degree certificate.

University of Ìbàdàn (or UI as it is popularly known and called throughout the world), in those days, was packed full of lecturers who were not even from the South West of Nigeria, as well as expatriates. The late Irish Catholic Father Foley was my Chemistry teacher during my Preliminary Studies, and the Chemistry laboratory where hundreds, if not thousands, of science students, passed under him is now called “Father Foley’s Laboratory”, in his memory and honour. It will be an everlasting monument to this lecturer who they said started with the University in 1948.

I am sorry, but those were the universities I knew in my days of higher learning in Nigeria in the 70s.

As an Ìbàdàn man, it was a great honour and pride for me to be admitted to the first university in Nigeria, located in my very own town. My father, himself a great Ìbàdàn educationist, was filled with joy when in 1975, while at the Polytechnic, Ìbàdàn (another great pioneering higher institution in Nigeria), I received my admission letter to come and read Botany, Zoology and Chemistry at the Preliminary Level, called Prelim, and then to proceed to read Agriculture, specialising in Animal Science. I had to take an examination before I was offered this admission, and apparently, I had passed. I had also taken the Preliminary examinations of UNN and University of Ife, and I was also admitted to UNN, but apparently failed that of Ife, because they never offered me admission.

During my four years at the University of Ìbàdàn, I was taught by great professors and lecturers, mostly Nigerians consisting of Ìbàdàn indigenes and non-indigenes of Ìbàdàn alike, expatriates of several countries, and I never had any regret. However, my observation, with the benefit of hindsight, is that there were not many Ìbàdàn lecturers that taught me; however that is not to say there are few Ìbàdàn professors and lecturers at the University of Ìbàdàn at the time, because I can only speak of my faculty, the Faculty of Agriculture and Forestry, which is only one of many faculties at the university, and of course, whose lecturers were unknown to me.

The University of Ìbàdàn, like all Federal universities, has a tradition of appointing the V C, but the person that has the final approval is the Visitor, President/Head of State. There is nothing wrong or subliminal calling for an Ìbàdàn indigene to occupy the post, but if the selection process is compromised, there is likely going to be a problem.

Before the university was sited in Ìbàdàn, there were other communities who wanted the university sited in their place, even ready to offer more land, so Ìbàdàn people should appreciate that the first university in Nigeria, is sited there. One other feature that the University of Ìbàdàn has is that NO Vice-Chancellor has being appointed from outside, and the University is very proud to feed other universities with VCs, you name them. The saying is “Build your university UI will give you a VC”

It is the University where V.C appointed outside or within the system go back to their former departments and earn PROFESSOR EMERITUS. Whatever be the case, STANDARD must not be Compromised! “

But some point out that nobody is asking that we compromise standards and that there are very competent Ìbàdàn people to lead the university. However, UI has her own standards in whatever she does. Admission process, filling of vacant positions including that of VC, etc, all have laid down and standardized ways at this great institution of higher learning. Those standards will never be compromised for any reasons at all.

For some, not every issue should be dragged with the tribal robe. Awolowo didn’t cite those structures in Ikenne, or anywhere in Ogun State, he wasn’t parochial like our current “let our son do it” mentality and cries. He was rather a regional person, which is far better than being focused on one city OR sub-tribe. The University of Ìbàdàn, UI, belongs to Nigeria and most importantly it is located in the most populous and important South West!

Ìbàdàn indigenes contended that, at the time the University was sited in Ìbàdàn, the size of the land given to both UI and UCH is far bigger and larger than many of the contending cities and towns.

Historically, it is worthy of note that an Egba son, Reverend Oludotun Ransome Kuti, Fela’s father, played a major role in the siting and establishment of UCI/UI at Ìbàdàn rather than at Abeokuta. The first choice by the committee was Abeokuta. The Alake of Egbaland at the time, Sir Ademola put a demand and obstacles on it. Remember he was sent on exile by a popular revolt led by Mrs Funmilayo Ransome Kuti, Fela’s mother. That was how Ìbàdàn was blessed with the university. That was the reason Kuti Hall was named after Rev Oludotun Ransome Kuti. There was nothing sacrosanct in siting that university at Ìbàdàn. There were plenty of land in Ijebu, Ogbomosho, Ekiti, Ondo, Owo, Owerri, Ilorin, Kaduna, Kano or Sokoto. It was a colonial government institution. They owned Nigeria including Ìbàdàn or Kano. No one could stop them. If Reverend Kuti insisted on Abeokuta or any other town, he would get it.

Why don’t we all emulate the legendary Nationalism exhibited by Rev Kuti and later, by Awolowo instead of bringing in destructive townsman sentiments.

In any case. I know for sure if an Ìbàdàn professor in UI came tops in the selection process, no one could deny him or her. The same goes for professors from other towns. Unless we have dictators like IBB or Abacha who destroyed merits in appointments, the best candidate will always emerge the VC.

If clannish sentiments were used in such appointments in the past, we must put a stop to it. There is some evidence that Ijesha people are overbearing and clannish as suggested in the UI appointments. However, we must revert to merit in appointments of, especially VCs. Hopefully, an Ìbàdàn indigene may emerge as the most qualified, if not this year, but subsequent years. We must not allow ‘parapo’, tribalism and towns-man affiliations to destroy the progress of Yoruba land.

The VCs of the federal universities in the South-East might be from the ethnic subregion but not even from the host state, talk less of the host town/city. For instance, the immediate outgone VC of UNN, Prof Ozumba is from Anambra State, not Enugu, not Nsukka LGA or town. With the exception of one, all other VC of that University in the last 20 years came from elsewhere in the ethnicity than Enugu State which situates Nsukka, so ‘son-of-the-soil’ phenomenon is not inclusive here. Another example is that Prof Oshodin was the first indigenous VC of the University of Benin, and that was recent.

I believe in letting a qualified and academically sound Ìbàdàn son be the next Vice-Chancellor if indeed they are in line for the position. The information we have is that already, there are four Ìbàdàn professors who are already contesting for the post. The CCII listed four Ibadan indigenes in the VC race to include Professor Remi Raji-Oyelade who is also a member of the University’s Governing Council, Professor Kayode Adewale, the current Deputy Vice-Chancellor (admin) who is said to be favoured by the outgoing Vice-Chancellor, Professor Emiola Olapade-Olaopa who is the immediate past Provost of College of Medicine and former member of the Governing Council and Professor Kolapo Hamzat, the current Head of the Department of Physiotherapy as worthy candidates of Ibadan that must be supported by the University to emerge as Vice-Chancellor. May the best one win

Some of those agitating for the Ìbàdàn/UI VC post believe that Ìbàdàn’s cosmopolitan outlook have made even the Federal Government to overlook over 10 million Ìbàdàn people with over eleven LGAs, more than some states in Nigeria, and that it is time our sons of the soil are selected for helmsman job at both UI and UCH Ìbàdàn in this 2020. I would not like to disagree with this position.

I will personally not be approving of the agitation for an Ìbàdàn man to become the VC, as I think it is rather narrow-minded. And think that by this very vocal and rather parochial agitation, we might actually be putting the chances of these qualified Ìbàdàn sons and daughters and future ones at risk and also be casting aspersions on their quality? Because now people will not think that they got their position on merit but by regional agitation and consideration. This will impact on their credibility, qualifications and ability. It may belittle them in the eyes of the public.

Also, is another worrying development in which some Muslim groups in Ìbàdàn and from the university community itself, now saying that no Muslim has ever been VC of the University of Ìbàdàn. Worrisome again is that women are now also saying no woman has ever been the VC. Where then do we go from here if the university and its Visitor, who gives the final approval for the VC’s appointment, are put under such ethnic, religious and gender pressure?

I, therefore, disagree with the direction this issue is taking to look at the “agitation” for an ÌBÀDÀN Vice Chancellor for the University of ÌBÀDÀN!!!