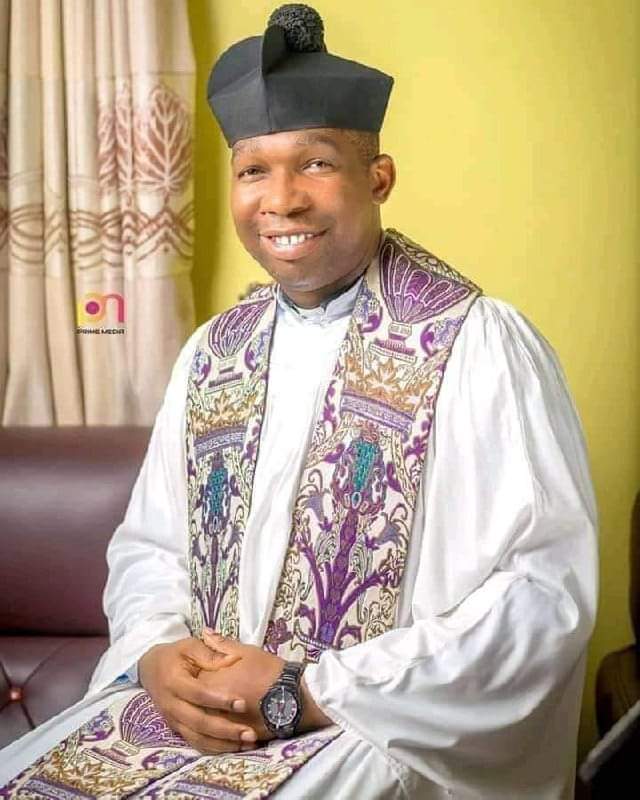 Awka – The sub-dean of the All Saints Cathedral Church, Onitsha, Venerable Obiorah Uzochukwu has been appointed the new Bishop of the Mbamili Diocese.

Venerable Uzochukwu, was promoted to the bishopric at last week’s annual retreat of the House of Bishops at the Ibru International Ecumenical Centre at Agbarha Attor in Delta State and was subsequently appointed the Bishop of Mbamili Diocese.

The newly elected bishop who hails from Isulo in Orumba South Council Area of Anambra State, began his priestly career at St John’s Anglican Church at Umueze, Anam in Anambra West LGA, and was then transferred to St Faith Church in Onitsha where he was made the Vicar and appointed a Canon.

He was in 2014 promoted to an Archdeacon and Sub Dean of All Saints Cathedral, Onitsha.

At the All Saints Cathedral Church in Onitsha on Sunday, Venerable Uzochukwu was introduced by Bishop Owen Nwokolo of the Diocese on the Niger, as the new Bishop of the Mbamili Diocese.

Meanwhile, Anambra State government has lauded the elevation of Venerable Uzochukwu to the bishopric in the Anglican Communion.

In a message to the new bishop, Governor Willie Obiano described him as eminently qualified for his new status and duties.

“Even though bishops are chosen with the assistance of the Holy Spirit, it was predictable that Venerable Uzochukwu’s promotion was a matter of time.

“Apart from holding the post of Sub Dean of the historic Diocese on the Niger, from where the Anglican faith spread to other parts of Igboland and beyond, Venerable Uzochukwu discharged his duties with aplomb and infectious enthusiasm,” the governor noted.

Governor Obiano praised Uzochukwu’s love of God which caused him to work relentlessly in the Lord’s vineyard and, as a result, won innumerable souls for Christ.

He advised Uzochukwu to devote his energy to not just spiritual matters, but also such social issues as teenage pregnancy, girl education and discrimination against the female gender in Anambra West LGA, noting that these issues are in line with the universal social teachings of the church.

Commending Bishop Nwokolo and Dr Alexander Ibezim, who is the Bishop of the Awka Diocese and Archbishop of the Province of the Niger, for their roles in Venerable Uzochukwu’s emergence as a bishop, Obiano stated that it is a thing of joy that the Anglican authorities in Anambra State can assign any priest or bishop to a place they deem fit regardless of the person’s hometown or LGA origin.

“Anambra State remains the most united, homogenous and harmonious state in Nigeria,” declared the governor, adding this is one of the critical success factors for Anambra’s rapid economic, social and political development in the last few years.