Igwe Alex Edozieuno of Eziagulu Otu and Ikegbunam Udorji of Mkpunando, all in Aguleri same community where Governor Willie Obiano hails from, were suspended for one year each for allegedly embarking on a trip to Abuja in the company of an Oil magnate, Prince Arthur who had of late been at loggerheads with the governor.

It was reported that part of the agenda which the traditional rulers had gone to discuss with President Muhammadu Buhari, was Governor Obiano’s perceived poor performance and the absence of elected local government authorities across the 21 Council Areas of the state.

The suspension letter issued by the State Commissioner for Local Government, Chieftaincy and Town Union Affairs, Greg Obi in August, said the position taken against the traditional rulers can be reviewed after the expiration of the duration.

But following the suspension, the communities had dethroned the monarchs and gone ahead to elect new ones.

To the surprise of many, Governor Willie Obiano on Friday, presented certificates of recognition to Lawrence Nwafia and Johnson Mbanefo as the new traditional rulers of Eziagulu Otu and Mkpunando Aguleri respectively, fueling speculations that he has been behind the plot t dethrone the monarchs.

At the ceremony which took place at the governor’s lodge, Amawbia, Governor Obiano said the people’s tradition is supreme and kings should respect the laws of the land as nobody is indispensable.

“What we are doing is to make our people understand that nobody is above the law. As a traditional ruler, your first port of call is the community you are leading and you must respect the culture and traditions of the people. If not, your people can approach the government that recognized you and say that they do not have confidence in you again. The governor will then investigate and act accordingly, just like we are doing for the two Aguleri communities,” he said.

The governor made it clear that his government with the presentation, ceases to recognize the suspended traditional rulers who were later dethroned.

“Let it be known that you cannot be an Igwe in Anambra without the government’s recognition and the same governor that recognized you can withdraw your certificate if there is need to do so, just like we are doing today for Eziagulu Out and Mkpunando,” Obiano said.

He advised the traditional rulers to use the certificates to unite their people and chart a progressive path for the growth and development of their respective towns.

The Commissioner for Local Government and Chieftancy Affairs, Chief Greg Obi said the activities surrounding the certificate presentation are covered under the law, explaining that the power to enthrone or dethrone traditional rulers rests on members of the communities, subject to ratification by the state government after examining the circumstances.

Chief Obi cautioned individuals parading themselves as traditional rulers to desist as the state Attorney General and the police have been instructed to bring such people to book under the law.

Advising the new entrants, the Traditional ruler of Onitsha and Chairman of South-East Traditional Rulers’ Council, Igwe Alfred Achebe pointed out that their first role is to bring their community members under one umbrella in total respect for truth and uprightness.

He asked them to endeavour to attend the traditional rulers’ council meetings and support what they do.

Responding, the new monarchs pledged to support the government and to entrench peace in their communities. 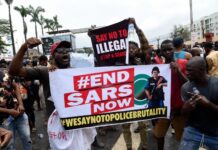