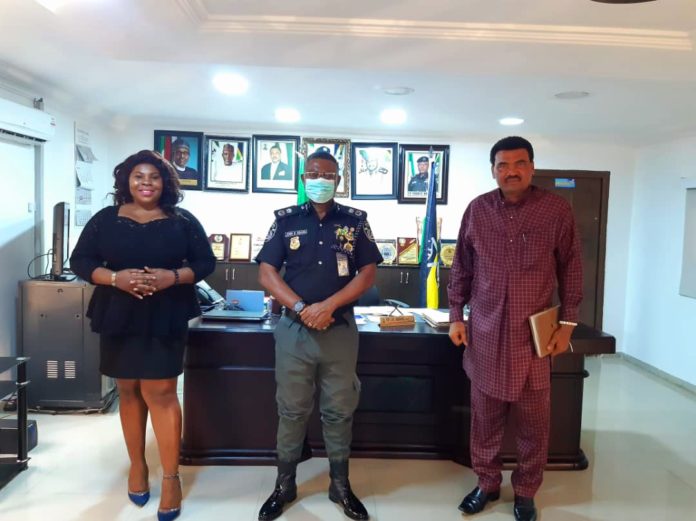 In line with its commitment to ensuring that the justice is done in the case of a citizen shot and killed by a police operative at Nkpor in Idemili North Council Area of Anambra State, the Police Stakeholders Partnership Forum (PSPF) Anambra State, on Wednesday met with the State Commissioner of Police, CP John Abang.

The meeting which was held at the instance of the Police Commissioner at the State Command Headquarters in Awka was also joined by the Rule of Law And Accountability Advocacy Centre (RULAAC) represented by Barr Chisom Chude.

It discussed the lingering issue of the Nkpor Incident, where a Nigeria Police patrol Team on COVID-19 lockdown implementation, had a clash with some residents of Nkpor New Tyre area that resulted in the shooting to death of one and injury to another.

Speaking after the meeting, the PSPF Coordinator, Prince Chris Azor said they expressed the disappointment of the members of RULAAC and PSPF over the unsatisfactory handling of the incident.

“This is to the effect that up till this moment, the Police have failed to disclose the identity of the slain citizen. We also, pointed out our discomfort over the statement by the CP in his press conference, referring to the victims, as Miscreants.

“We further expressed displeasure over the handling of the case by the State Governor, who has not visited the families of the deceased and injured, but simply said he would undertake the burial of the deceased. We made it clear that we expected the Police to be more transparent in handling the matter, and for the Governor to empanel an independent inquiry to get to the root of the matter.”

He continued, “The CP in his response, had assured us that he is personally impressed with the Forum for doing their best to bridge the gap between the Police and the Citizens. According to him, his press statement was born out of personal experience on the very day of the incident, as he visited the scene of the incident while coming back from Security patrol in the company of other Heads of Security in the State,” Azor said.

The PSPF Coordinator quoted the CP as saying that the Governor had appointed his aides to visit the family of the deceased also, the two injured victims, one being the police officer that suffered an acid attack, to fulfil his promise of taking care of the hospital bills of the injured, and among other things, sponsor the burial expenses of the deceased.

“The CP further informed us that the matter was still under investigation, while the injured policeman was still receiving treatment,” he said.

Azor revealed that when they informed the CP that they were yet to receive any information of fulfilment of promises made to the deceased and injured families, he assured them that he would consult the Governor to ensure that the promises were met as soon as possible.