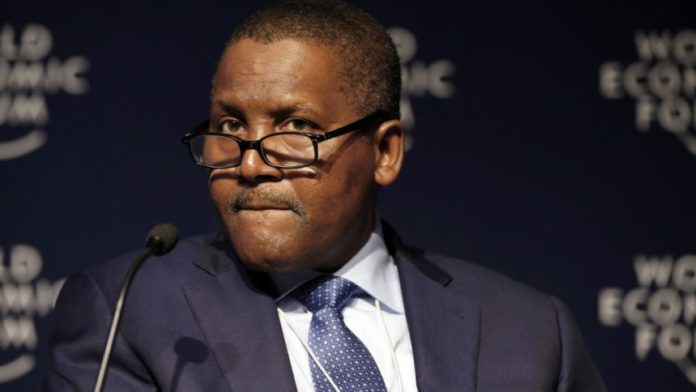 The Federal Government has been accused of engaging in gross partiality and policies capable of harming citizens, after it granted Dangote Group freedom to export goods through our borders even as it banned other companies from such activity.

Recall that in October 2019, President Buhari had closed the country’s land borders to boost local production and strengthen security.

However, it was reported that the cement company had secured permission from the Federal Government to resume cement exportation to Niger and Togo for the first time in 2020.

Writing in his verified Twitter handle on Tuesday, Mr Peterside alleged that Nigerian economy is rigged in favour of a handful of well-connected persons.

He said: “Allowing legitimate exporters & importers to move their goods across the border should be a no-brainer. Why refuse everybody else & allow only one company (Dangote)?

”This is why some of us argue that the Nigerian economy is rigged in favour of a handful of well-connected persons,” Mr Peterside added.