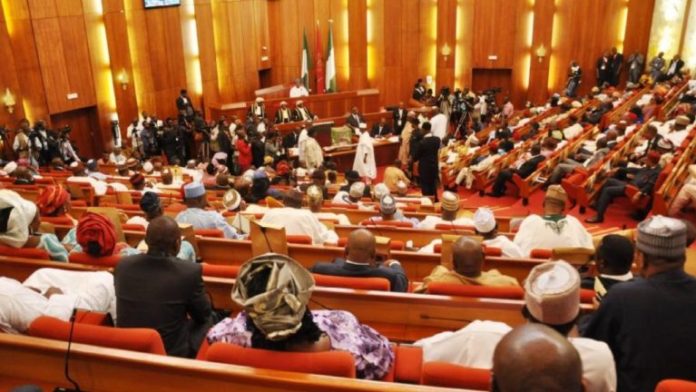 With the oil region, the Niger Delta and the theatre of war on terror, the North-East already with their development commission, some other regional power blocs have started battling for theirs.

It seems the other regions are seeing in such commissions a huge gold mine. For instance, the Niger Delta Development Commission (NDDC) is awash with corruption scandals than development initiatives.

The obviously displeased President Muhammadu Buhari has since ordered a forensic audit of the interventionist agency which has been described as a den of thieves by the Niger Delta Affairs Minister, Godswill Akpabio.

In spite of the putrefying stench oozing out of the NDDC, the House of Representatives at its plenary on Wednesday passed for second reading, a Bill for an Act to establish the South West Development Commission.

The bill spells out the functions of the commission, which provides that the commission shall, “formulate policies and guidelines for the development of the South-west states, conceive, plan and implement, in accordance with the set rules and regulations.

‘’Projects and programmes for the sustainable development of the South-west states in the fields of transportation, health, education, employment, agriculture, industrialization, housing and urban development, water supply, electricity, solid mineral exploitation, and telecommunications.

‘’Cause the states to be surveyed in order to ascertain measures which are necessary to promote its physical and socio-economic development.”

The commission will also be saddled with the responsibility of execution of such other works and functions, which are required for the sustainable development of states in Western Nigeria and its people as well as receive donations and gifts from any legitimate, documented source aimed at the advancement of its set goals, provided such donations shall be reported to the relevant federal authorities.

The bill, which is sponsored by Femi Fakeye and 80 other legislators, was quickly passed after it received majority support from the lawmakers.

Leading the debate on the bill, Fakeye says the bill seeks to legislatively explore how to cure some of the ailments in the South-west, just as has been done and would still probably be done for other political zones.

“The bill seeks to redirect federal budgetary attention to some areas of growth that could have a multiplier effect of geometric proportions, such as agriculture, transportation, Information, and Communication Technology (ICT), Environment, etc., on the overall economy.

‘’Therefore, this aspiration is the rationale for all the honourable members from the six states of the Southwest, along with some of their colleagues who are not even native to any of the South-west states, proposing this historic Bill.”

“By passing this Bill, we would be demonstrating the courage as national leaders to lift a linger towards turning the current sordid socioeconomic fortunes of the zone (and therefore of the country) around, so that our youths could confidently channel their collective energy into productive endeavors that would yield for us a better future, rather than them, out of frustration and misguided desperation, engaging in antisocial practices that tend towards criminality”, he said.

Supporting the bill, Shehu Koko (Kebbi State), expressed optimism on the prospect of ensuring the development of Lagos State, the commercial nerve centre of Nigeria.

He says the development of Lagos, which hosts the country’s key ports will surely have a positive impact on the well-being of Nigerians.

Yusuf Buba (Adamawa State) also describes Lagos as a melting pot, which is home to Nigerians irrespective of their ethnic and religious inclinations.

Adding, he argues, ‘’if we develop our commercial nerve centre, it is as good as good as enhancing the revenues into the federation account which will be used to develop other states.’’

Eke Bede Uchenne (Imo State) on his part says a development commission for the West is an idea whose time has come, adding that there is a need to pile pressure on President Buhari to assent to the bill after going through the National Assembly.