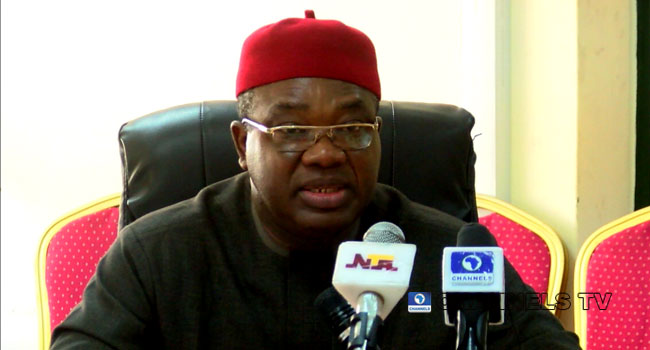 The National Human Rights Commission (NHRC) has made its position known on the Protection from Internet Falsehood and Manipulations Bill, also known as the Social Media Bill as it has kicked against the bill which has scaled second reading in the Senate.

Its Executive Secretary, Tony Ojukwu said the commission stands with the opposing position of Nigerians while urging those who exercise their rights to do so with caution.

“We stand with Nigerians and we believe that the media space should be free, people should be able to air their views, in doing so, and we urge those who exercise their rights to be mindful of the rights of others.”

The NHRC boss urged social media users to show commitments to responsibility and ensure that the rights of others are not breached.

“In exercising our freedom to express ourselves, we believe that those freedoms should be expressed and utilized responsibly and we will not encourage irresponsible conduct on the part of Nigerians but we don’t support the gaging of Nigerians in any way possible.

“We urge social media users to show commitments to responsibility and if they exceed their bounds, the laws are there for anybody who feels aggrieved can use.”