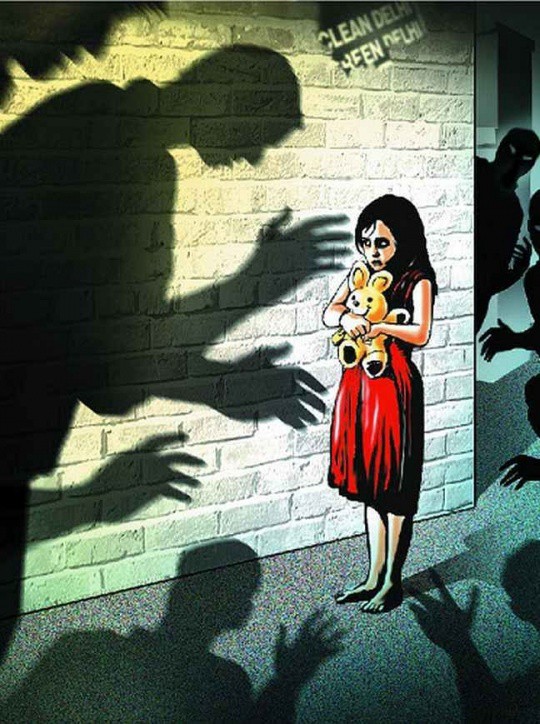 A friend once shared a story with me. She told me about a girl who got raped in her apartment. However, when the girl made an attempt to give a report at the police station, she was shunned and discouraged by close friends and relatives.

“It will dent your image jare”.

“People will start treating you differently”.

“No man will want to marry you”.

These were some of the replies she got, and it totally discouraged her from speaking up. But really, would you blame them?

Our society is one where girls who are victims of rape are often seen as damaged goods. They go around with a burden of shame and stigma placed on them by others, and because it is a taboo to talk about it, they keep quiet, nurture their wounds in secret and try to move on.

Many girls are sexually abused by their fathers, brothers, uncles and other close relatives, and it is kept a secret because it is a “family matter”; and because the issue is never properly addressed, these girls grow up being bitter, insecure, sex averse, and many struggle with complex and self-esteem issues as well. Sadly, most of them go into prostitution, and many others battle with depression.

The societal narrative towards abuse is also too skewed towards victim shaming and blaming. A lady pays a guy a visit and ends up being sexually assaulted or raped by the guy, and the blame is placed on her.

“What was she doing alone with him?”

“Why did she visit him in the first place?”

Comments like these are made, and while the perpetrator of the act takes pride in what he had done, the victim is blamed. What it does is that it provides the perpetrator with justifications for the abuse, and gives other potential perpetrators reasons to believe they can also get away with doing same.

Ours is a society where girls are taught that whatever happens to them in the hands of a man is her fault. I once had such similar experience. It was around 2012. I was 15, still fresh from high school and awaiting my admission into the university.

During that period, a male friend of mine paid me a visit. Both my parents and my siblings had all gone out, I was the only one at home.

After the pleasantries, there were so many things to catch up on; how we missed high school, the crushes we had, the party we had after our final exam… but long story cut short, the music changed, and the dude attempted to sexually assault me. Honestly, I never knew I was such a good fighter when the moment came for me to defend myself.

I fought, I screamed, neighbors intervened, dude took to his heels. My parents got back; the ordeal was narrated to them. Later that day, I was given a good beating. Yes, you read right. They kept telling me it was my fault; that perhaps I was dressed indecently or was flirting with him. All my attempts to explain what happened were shunned, as they were in no mood to believe me.

I had expected my dad to ask about the guy’s residential address. I expected him to confront him with the police and probably put him behind bars. He never did any of that though, which was shocking, because I wasn’t only his daughter, the assault also took place under his roof. Ultimately, I took the blame alone, which should never have been the case.

I know there are many girls who have had similar experiences. When they had the courage to speak up, they were either told they are lying or are coerced and compelled into keeping quiet about it.

While we teach the girls how not to get raped, perhaps we should teach the boys how not to rape. We should make them understand that their dignity doesn’t lie in how many ladies they have slept with, and how they ought to respect a woman’s “NO”.

Instead of blaming and putting the onus of responsibility on the victim, let’s face the act and punish the offender. Let’s stop this act of shaming rape victims, because it only serves as ammunition for perpetrators.