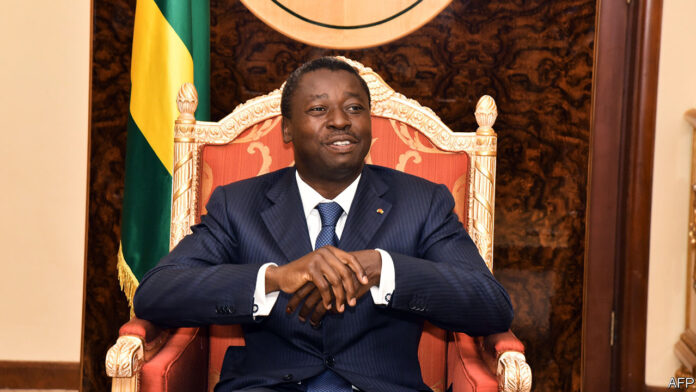 Over the years, the African political terrain has been characterized by irregularities that are either shocking or egregious. One of these unscrupulous happenings is the recycling and holding onto power by the same set of people – giving no room for the youths to breathe.

But still, there is a bizarre case in Togo – a son taking over from his father as the President of the Nation.

Gnassingbé Eyadéma was the President of Togo from 1967 until his death in 2005. He participated in two successful military coups, in January 1963 and January 1967, and became President on 14 April 1967.

During his reign which a 2018 study described as a rule ”rested on repression, patronage, and a bizarre leadership cult,” he appointed his son, Faure Eyadéma, as Minister of Equipment, Mines, Posts, and Telecommunications, serving from 2003 to 2005.

On February 5, 2005, Eyadéma died of a heart attack. The constitution of Togo declared that in the case of the president’s death, the speaker of Parliament takes his place, and has 60 days to call new elections. At the time of Eyadéma’s death, the National Assembly President Fambaré Ouattara Natchaba was out of the country.

A day after Eyadéma’s death, the National Assembly received clear instructions to dismiss Natchaba and elect Faure Eyadéma in his place, which would legalize his succession, which took place on 6 February 2005 through the help of the army.

It was reported that the members of Gnassingbé’s party did not want to challenge the army’s choice. The parliament also eliminated a constitutional requirement that elections be held within 60 days of the president’s death, enabling the younger Gnassingbé to rule until the expiration of his father’s term in 2008.

However, doubts regarding the constitutional legitimacy of the succession led to heavy regional pressure being placed on Gnassingbé, and he subsequently resigned on February 25. He then won a controversial Presidential election on 24 April 2005 and was sworn in as President. Gnassingbé was re-elected for a second term in 2010.

In April 2015, Gnassingbé won a third term, defeating his main challenger, Jean-Pierre Fabre, by a margin of about 59% to 35%, according to official results.

In February 2020, Eyadéma won his fourth presidential term in office as the President of Togo. According to the official result, he won with a margin of around 72% of the vote share. This enabled him to defeat his closest challenger, former Prime Minister Agbeyome Kodjo who had 18%.

Faure Eyadema has been ruling as the President of the Nation for 15 years and together with his father, the family has been in office for a record of 53 years. Perhaps, the Presidency of Togo is the birthright of the Eyadema’s.