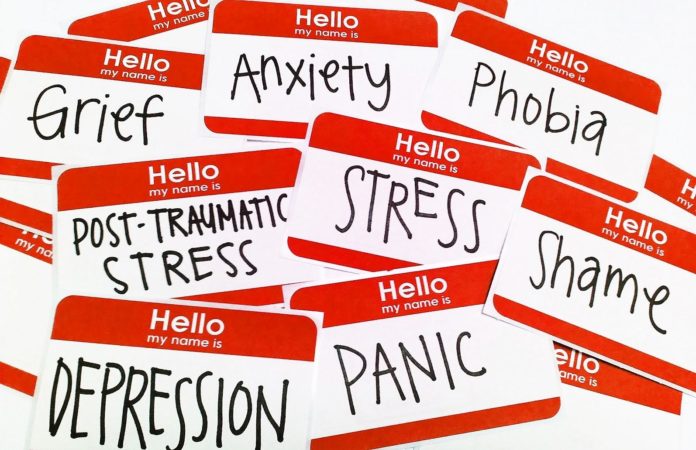 The prevalent attitude towards mental illness in Nigeria is evasive. We either don’t talk about it or, on the rare occasion that we do admit someone we know is dealing with some sort of mental disorder, we decide to go the “God route”; we pray. And that’s where it ends; with our sighs of “It is well” and “God is in control”.

According to Abraham Ogbodo, “Prayer is not a strategy.” It is about time Nigerians begin to come out of the woodwork and accept that black people – and even we mighty, strong Nigerians who have lived through several coups and a horrific civil war – do suffer from mental illness.

Did you know that there are more than 1.5 million reported cases of depression in Nigeria per year?

Formerly referred to as chronic depression or dysthymia, persistent depressive disorder is a mild but long-term form of depression. Although it is less severe than clinical depression (a constant sense of hopelessness which makes it difficult to work, sleep, study or eat), persistent depressive disorder often lingers for a long period of time; two years or longer. While abnormal brain circuits and nerve cell pathways are said to be the cause of the disorder, other causes include: major life stressors like divorce or the death of a loved one, chronic illness or injury, and work/career challenges.

Some symptoms of persistent depressive disorder include:

Did you know that more than one million women in Nigeria experience postpartum depression each year?

Postpartum depression (also known as PPD) is depression experienced after child birth. PPD usually occurs during the first three weeks after birth and can last up to a year.

Symptoms of PPD include:

Many Nigerian women who share their PPD experiences explain that the condition is exacerbated by the lack of support and understanding they get from family members, including the pressure they put on themselves to be perfect mothers. PPD is also worsened when things don’t go as planned; for example, a difficult pregnancy or labour, or difficulty lactating and breastfeeding.

Post-traumatic stress disorder (or PTSD) is an anxiety disorder resulting from a terrifying event. People who suffer from PTSD have often witnessed or experienced violence (war, armed robbery, sexual assault), automobile or plane crashes, natural disasters etc. They find it difficult to recover from the experiences and are sometimes triggered by the things they see around them.

Symptoms of PTSD include:

To relate PTSD to the Nigerian scene, the survivors of the Odi massacre and of recent attacks on farming communities by herdsmen may experience PTSD.

The good news is that, while some people would rather pray away the realities of mental illness, there exist organizations devoted to helping people who experience mental strain. Organizations like MANI (Mentally Aware Nigeria Initiative) and Nigeria Health Watch provide tools, resources and avenues for dealing effectively with mental illness.