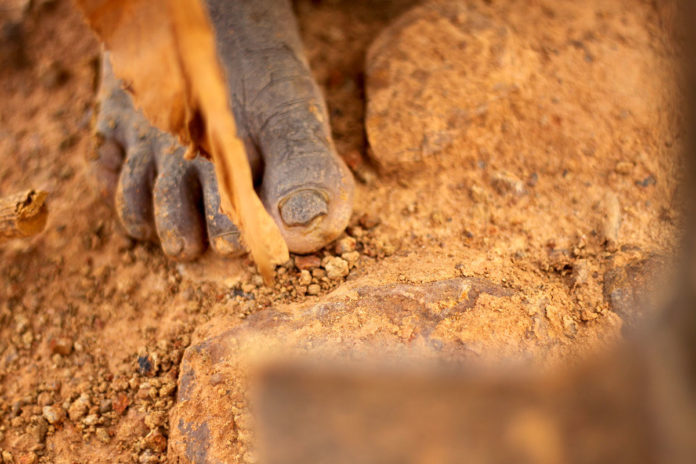 Children in the Niger Delta, Nigeria’s polluted oil and gas region, are among 800 million others around the world who are being poisoned by lead from water and air pollution.

The United Nations on Thursday warned of this in a special report on the “massive and previously unknown” health crisis.

Nigeria has one of the world’s worst records on environmental protection, with massive oil spills in its oil and gas region occurring frequently.

Government’s equivocal pledges to commit funds to clean up the devastation in the region, and stop gas flaring have been largely unmet.

Childhood poisoning is a common but avoidable problem in developing countries such as Nigeria.

A study had previously been carried out to determine the pattern of childhood poisoning in Warri, the commercial nerve-centre of Delta State.

Based on all the children seen at Central Hospital Warri, the reference for the region and GN Children Clinic the pioneer children’s hospital in the region from 2000 to 2009, the information obtained was analysed.

A total of 156 children aged 0–16 years were diagnosed with poisoning. The male to female ratio is 2:1, and 75% of the children were aged five years or less.

Most of the patients were from the low socio-economic class. Most of the poisoning was unintentional and occurred through ingestion (97.6%).

Kerosene was the major substance leading to poisoning (56.6%). Alcohol ranked second in the study. Poisoning from drugs was the third most common source of poisoning and in that category, most of the indices were in the highest income group.

Most of the patients presented with mild symptoms and the mortality rate was 7.00%.

Kerosene was found to be the most common source of poisoning in the oil region. Most of the poisoning was un-intentional and deaths caused by this form of poisoning can be prevented with proper health education and effective enactment of laws that will reduce the incidence of childhood poisoning.

Environmental rights advocates like Nnimmo Bassey, have been maintaining that oil production and refining consume and produce potentially harmful substances some of which are toxic, foul-smelling, or flammable and give rise to worry, annoyance and concerns about the health consequences of exposure to such environmental contaminants.

Interestingly, some studies have suggested that chemical hypersensitivity and sensory irritation are a common phenomenon upon exposure to common odorants, including oil-related contaminants in the environment.

In these plural studies, the health symptoms were found to be inducible by exposure to volatile organic compounds at levels below the threshold that can cause toxicological effects or sensory irritation in the eye, nose or throat.

Embarrassingly, Nigeria flares the second-largest amount of natural gas in the world after Russia and accounts for 10% of the total amount flared globally.

Though flaring was reduced to around 21% or some 18 billion cubic meters in 2013 due to gas production. But, around 86% of the gas produced by marginal field operators and sole risks/independent operators is still being flared.

Gas flaring facilities are located close to local communities and typically lack adequate fencing or protection for villagers who regularly get exposed to the heat of the flare in their daily activities.

Flares are continuous for 24 hours a day, thus subjecting residents to continuous noise pollution and permanent ‘light’. When gas is flared, the combustion is often incomplete leading to the formation of large amounts of soot and black carbon (black smoke highly enriched in polycyclic aromatic hydrocarbons) that are deposited on nearby land, buildings and properties and inhaled by local residents.

Gaseous pollutants from gas flaring include nitrogen oxides, sulfur oxides, carbon monoxide and carbon dioxide, hydrocarbons and photochemical oxidants which can have a pungent odour.

The combination of noise, odour, heat, continuous night lighting, and black smoke no doubt have instilled a heightened sense that these emissions are not good for one’s health.

And, constantly seeing the burning gas (fire) makes it more of a threat not easily ignored. Researchers have even observed that ‘’catastrophic fears such as explosions and fire, together with visual cues (including flares and smokestacks) create considerable emotional distress, compounded by the uncertainty about the possible health impacts of what is in the smoke.’’

Studies in many parts of the world suggest that living near oil spills and petroleum production sites is an environmental stressor that can have adverse effects on health, well-being, and quality of life.

In Ogoni, Rivers State, it has been found that oil spills/pollution influence human health through two complementary pathways- exposures to the inherently hazardous chemicals such as para-phenols and volatile benzene from the oil which can directly impair health through systemic toxicity; and indirect pathways that work through the perceptions of risk, worry, annoyance, and chronic stress that moderate the sequelae of poor health outcomes.

Studies of oil spills in many parts of the world have reported on major physiological health consequences of exposure to oil pollution which include abnormalities in hepatic, respiratory, renal, and neurologic functions and the exposed individual may experience frequent asthmatic attacks, headache, diarrhoea, dizziness, abdominal pain, back pain, and other symptoms.

In January 2013 Abuja was to release funds to tackle what was regarded as the world’s worst lead poisoning outbreak which killed at least 400 children, and 1,500 more at risk.

In May last year government pledged N850 million to help clean up the lead and treat the thousands poisoned by contamination from an artisan gold mine in the Bagega area of Zamfara State in Northern Nigeria.

“Unfortunately not enough attention has been paid on this. Sometimes the most vulnerable get forgotten“, former Senate President, Bukola Saraki, who visited the affected areas of Zamfara said.

MSF said they were running out of time to complete the remediation – clearing up of the lead – before the rainy season starts in April. Impassable roads will then make it too difficult for the cleanup team to start work until the rainy season ends around October.

The epidemic could still get worse because artisan mining continues unabated in Zamfara, where people say they can earn around N1,500 a day, more than other available jobs.“They’re not going to stop. I saw a woman who had lost eight kids, but she is still mining. The only way around it is to invest in getting better methods for mining, provide modern equipment and get a more structured industry for these people to work in”, Saraki said then.

MSF criticised the government for banning artisan mining, an approach it said will not work, instead of helping the poor community to make it safe.

However, one out of every three children is estimated to have levels of lead—a potent neurotoxin—in their blood that requires immediate action to prevent long-lasting damage, the United Nations Children’s Fund (UNICEF) said.

“Knowing how widespread lead pollution is—and understanding the destruction it causes to individual lives and communities—must inspire urgent action to protect children once and for all.”

Childhood lead exposure has been linked to a range of behavioural problems, as well as kidney damage and cardiovascular conditions later in life.

The problem, which occurs overwhelmingly in South Asia, is estimated to cost low- and middle-income countries almost $1.00 trillion over the children’s lifetimes.

Lead pollution comes from a variety of sources, including open-air furnaces, paint and petrol. Lead piping in many countries also produces dangerous levels of the chemical in drinking water supplies.

The UN report says a leading source of the toxin was un-recycled or poorly disposed-of car batteries. In countries where child lead poisoning is most prevalent, the number of vehicles on the road has doubled since 2000.

The analysis of childhood lead exposure was compiled by the Institute of Health Metrics Evaluation, a leading global health research group partly funded by the Bill and Melinda Gates Foundation.

It found that while blood lead levels among children in richer countries had declined over the years, in poorer nations the problem had increased drastically.

President of Pure Earth, a charity that co-lead the study, Richard Fuller, says “the good news is that lead can be recycled safely without exposing workers, their children, and surrounding neighbourhoods. People can be educated about the dangers of lead and empowered to protect themselves and their children.”

He said the economic and social returns on investing in reducing lead pollution could be “enormous”.