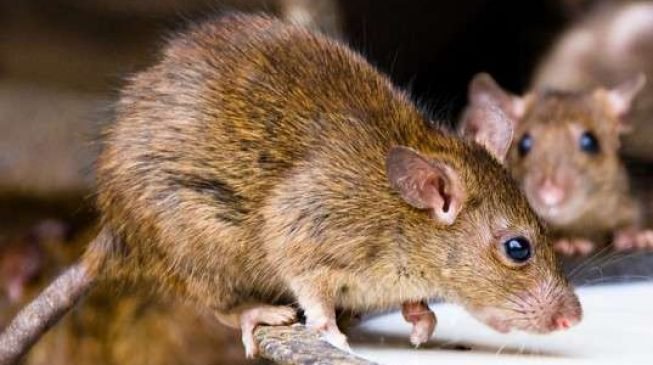 The Bauchi State Government has disclosed plans to establish isolation centers in three selected hospitals to manage and control the spread of Lassa fever in the state.

Governor Bala Abdulkadir Mohammed disclosed this on Wednesday when he received officials of the Nigeria Center for Disease Control who visited him at the Council Chamber, Government House Bauchi.

Governor Mohammed who was represented by the State Deputy Governor, Senator Baba Tela said that already the state government has taken proactive measures against the spread of the disease in the state through the set-up of an emergency outbreak basket fund.

“We are delighted to receive you today in the Government House Bauchi to condole us over the outbreak of Lassa fever that resulted to the dead of a District Head and others. We are aware of the measures taken by the NCDC to stop the spread of the disease not only in Bauchi state, but across the country in general. We will give you our support to achieve the set objectives”.

“I commend our Health workers for their commitment in the fight against communicable diseases in the state. On our part as a government, we will give all the necessary support”.

The leader of the delegation who is the Director General of the Center Dr. Chikwe said the visit was to condole the government and people of the state over the death of the District Head and others who lost their lives as a result of Lassa fever disease.

Represented by the Director Administration and Human Resources, Alhaji Yakubu Abdullahi, Mr Ihekweazu stressed the need for the state government to embark on a massive awareness campaign as preventive mechanism against infection with the disease.

“Bauchi is a endemic state as far as Lassa fever disease is concerned. We have learned a lot with the death of the District Head and we are planning to monitor his family for 21 days to assess the situation. From all indications, Bauchi state government is ready to fight the scourge of the disease, so we will support you in the establishment of the isolation centers in the state.” he said

The Director General said despite the fact that Lassa fever was a highly infectious disease, it is preventive it was reported early.

Meanwhile, no fewer than 16 persons have died of Lassa fever disease in Bauchi state in the year 2020.

The Bauchi State Surveillance Support Officer, Dr. Suleiman Lawal, who disclosed this in an interview with newsmen at the Lassa fever camp at the Abubakar Tafawa Balewa University Teaching Hospital on Tuesday, said that a total of 43 confirmed cases were recorded in the state since January, 2020.

“Bauchi state has recorded 43 confirmed cases of Lassa fever but two out of this number were brought in from Plateau State. Among these confirmed cases, 16 deaths have been recorded this year.

“There are also three people that have died of probable cases. They are called ‘probable cases’ because we could not take their samples before they died. We have seven health workers that were affected. One of the doctors who was pregnant and had the disease, we managed her and discharged her. Four others are currently on admission and we have been managing them. They are now stable; in fact, we will discharge two of them today because they have finished their 10 day treatment period.

“Two doctors died, one was a doctor that died here at the Abubakar Tafawa Balewa Teaching Hospital, Bauchi while the other one died in a private clinic here in Bauchi. Most of the deaths are as a result of late reporting and that is not our fault. Something will happen and people will not report on time, so we are appealing to people to always come on time,” he said

According to him, the state has received assistance from the World Health Organization and the United Nations Children Endowment Fund (UNICEF) as part of efforts aimed at reducing the scourge of the disease to the barest minimum just as he appealed to well-meaning members of the public to support in the fight against Lassa fever.

Lawal said that there are seven pillars that will help in managing the epidemic which he said include education, communication, risk communication, surveillance, case management, laboratory confirmation and prevention and control.

“If only people can get the correct information, they will know how to protect themselves and this will help in breaking this chain and reducing the spread. Sometimes people feel it has spiritual undertones, but if you give them the correct information, they will know exactly what it is. So communication is a very key pillar in controlling outbreak responses.

“You know when you have one case and you allow it, it will spread but once you are able to contain it, then you will limit the spread and it will die naturally,” Lawal said.