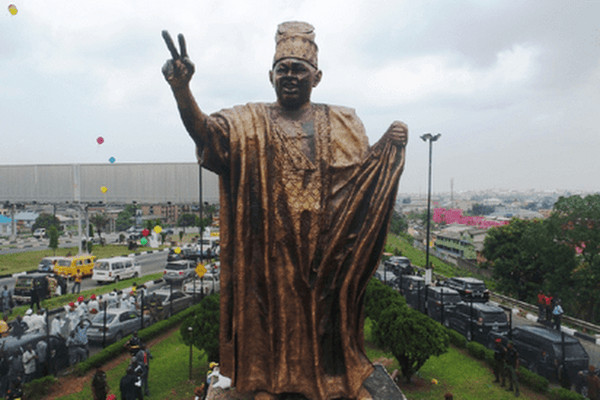 Permit me to firstly congratulate million of eligible voters and Nigerians who took part in the electoral process of 12th June, 1993 that was eventually annulled by then Military President of the nation, General Ibrahim Babangida IBB over the open declaration of this day, 12th June as the national democracy day.

The annulment did not come easily, it came with a lot of controversies and suprises already expressed in writings by eyewitnesses, scholars and victims. As at then, the annulment was not only about the military leaving position of authority for civilians rather it was majorly about taking the position of authority from the north to the south especially with the domination of the northerners at the elms of military affairs. It is my opinion that if the north cabals in the military knew that Bashorun Moshood Kasimawo Abiola could push such weights than the expected, they would have forced General Ibrahim Babangida IBB to ignore the yearnings of Nigerians for election. They did not hate civil rule but they hated authority and power in the hands of the south.

As Nigerians celebrate the nation’s symbol of democracy, I think it is most important for us to reflect on the life of the symbol, what he stands for, the blood and sweats of heroes of democracy who were murdered by cold hands of men of junta forces but unfortunately our interest lies in the balloons, ribbons and sweet talks. JUNE 12 goes beyond the candidacy of Moshood Abiola, this is the day millions of Nigerians irrespective of gender, tribe and party came out enmasse to say No to poverty but how poverty has suddenly become the general language/unifying factor of Nigerians is disheartening.

The comfort, stability and security of common Nigerians is the core interest of Bashorun Moshood Kasimawo Abiola (MKO) but it is sad that Nigeria leaders who on daily basis praise this great man and see him as their mentors have refused to act in accordance with his styles of leadership.

It is quite unfortunate that June 12 precedes the day of inauguration of legislators into the chambers especially the in-house election. The election of principal officers of the national assembly shows that the elite, rich and political class of Nigeria understand what it takes to speak in one voice and they know how to secure their individual interest. There are forty-four (44) senators-elect out of 109 senators under the platform of People’s Democratic Party. The opposition party opposed the annointed candidate of the ruling and endorsed another aggrieved senator from the ruling party. The annointed candidate of the ruling had 79votes while the endorsed candidate of the opposition had 28votes. Where are the remaining 14votes of the opposition party? This explains my stand on individual interest.

It is the desires and wishes of Bashorun Moshood Kasimawo Abiola (MKO) to banish poverty from our land. Abiola understands the language of poverty and its effects on the people. Poverty is the greatest enemy of Nigeria. Millions of Nigeria kids go to school with empty stomach and torn school uniforms, parents rely on stipends and gift items from politicians for survival, homeless parents and kids wander like derailed pack of hungry leopards. High level of unemployment, poor infrastructure, unstable electricity, poor state of education and health and many more. It is the desire of Bashorun Moshood Kasimawo Abiola that every Nigerian home would have access to basic amenities like food, water and shelter but quite disheartening that after 26years he conceived this ideas and desires, the fate of Nigerians is worse.

Rather than fulfilling the desires of the merchant, friend of the masses and their mentor, they add more salts to the wounds of common Nigerians. They do not only promote poverty, they normally use it to achieve their political interest. These politicians will lobby for funds to tackle poverty yet end up looting the funds. Recently, the first lady of Nigeria and the wife of integrity publicly confessed that there is extreme poverty in the north and she has not seen the effects of funds allocated to tackle poverty. Presidency ignored her rants, privileged poor Nigerians oppose, abuse and insult the woman who sleeps everyday at the seat of power and eats what she wants for criticising their political idol, the man she sleeps with and integrity speaketh not. A ma wa daran ni Naijiria o.

It is a great joy for me that Late Bashorun Emuke Omo Abiola did not die in vain. I am happy that his sacrifice for democracy is now beyond the lips of the poor and common Nigerians he stood for, this sacrifice has been recognized and would be celebrated annually as Democracy Day. The husband of Kudirat, father of Kola and Friend of late Gani Fawehinmi has finally been placed in his rightful place as one of the elected presidents of our great nation in the naked eyes of naysayers and enemies of his ambition. That after 26years of Say NO to Poverty, there is still acute hunger and absolute poverty in the land, one can easily say that the desires of the symbol of democracy remain unfulfilled and there is no cause for jubilation in the absence of wistful melancholy.

Lawal Sodiq Adewale also known as Apagunpote Olayimika Chocomilo is a freelance opinion writer. He can be contacted via Adewale858@gmail.com or 08164411922