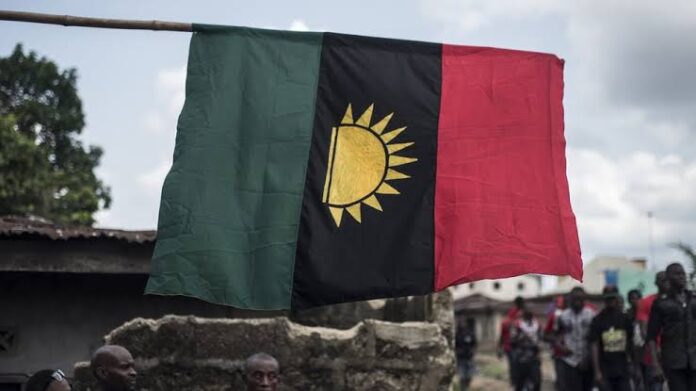 …Says No Plan To Attack Prisons
The Indigenous People of Biafra (IPOB), has called off its earlier plan to embark on a clean-up exercise of two cities in Anambra State namely Onitsha and Nnewi on Monday.
In a statement made available early this morning to TNC by IPOB spokesman, Emma Powerful, the Supreme Leader of the Group, Mazi Nnamdi Kanu has directed that the protest scheduled to hold today, Monday 26th, in Anambra State be put off owing to the fact that Anambra Command of IPOB has already cleaned up the mess caused by the miscreants that held the state hostage for the past one week.
Anambra State Governor Willie Obiano had over the weekend, said his government has received intelligence that there will be a coordinated attack across parts of the State on Monday by some groups and warned that he has given clear directives to security agents to contain the situation.
While the Governor did not mention the IPOB in the statement, there have rumours that the attacks will be coordinated by the IPOB, to free their members who have been held unjustly at Correctional Centres across the state.
But the statement today by IPOB urged residents of Nnewi and Onitsha to go about their businesses while waiting for further directives from their Supreme leader.
The group also disassociated itself from a viral video threatening to attack prisons in Anambra State.
The statement read; “It is cowardly, we do not hide our faces while making our statement. We are fearless. We are not in support of such cowardly statement.”
The group warned its members against marching on the streets or joining any form of protest so as not to give room to mischief makers to breach public peace.
“Anybody found wandering near any bank or loitering with intent will be moved out. No act capable of breaching the peace will be tolerated from today, Monday the 26th of October 2020 onwards.
“The planned protests and gatherings will not go on in Anambra. Just as criminality of any form will not be condoned, either from hoodlums, hired thugs, the police or the army. Everybody must be well behaved,” the statement read.